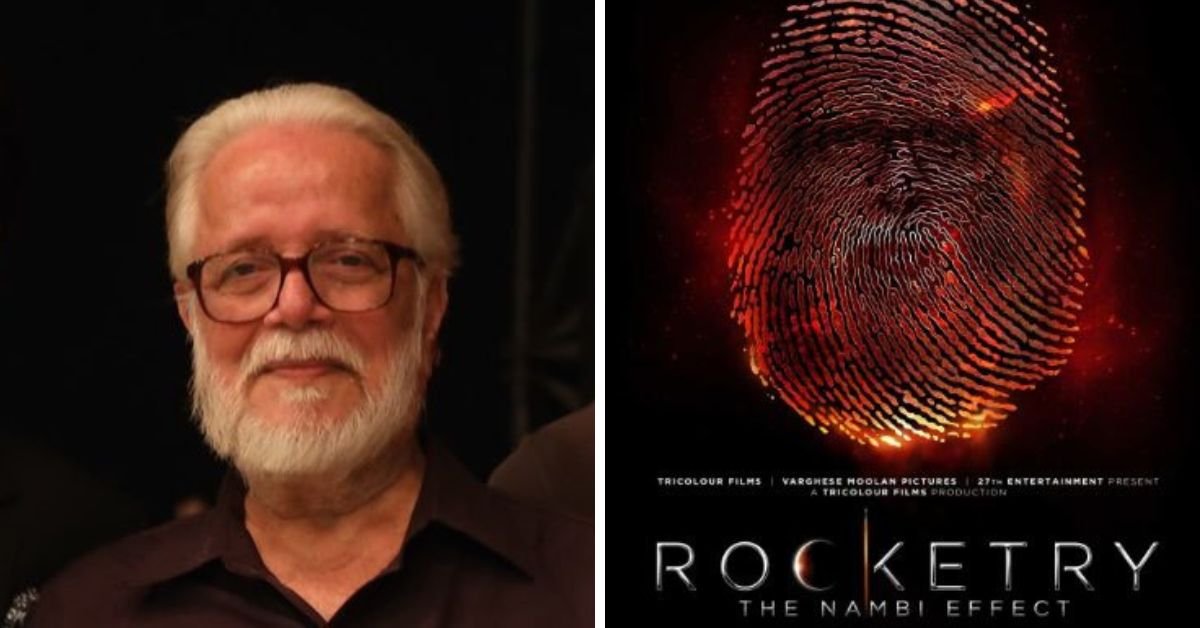 From being falsely implicated in an espionage case, to inhumane torture and acquittal, this is the real Nambi Narayanan story that inspired R Madhavan’s character in Rocketry.

Actor R Madhavan’s directorial debut Rocketry: The Nambi Effect is all set for release on 1 July 2022.

Madhavan plays the title character, based on the life of an aerospace engineer at the Indian Space Research Organisation (ISRO), Nambi Narayanan, who was falsely accused in an espionage case. His career and personal life were in upheaval because of it.

Head of ISRO’s Cryogenics Division, in 1994 he was charged with leaking confidential information about India’s space developments to two individuals from the Maldives, who then allegedly sold the drawings of ISRO’s rocket engines to Pakistan.

Walking down the court steps after 11 days in custody, he wrote in his memoir, “I was in a shock, and then a trance. At one instance it appeared to me that I was watching a movie — with me as the central character.”

Following his arrest and interrogation, he claims to have been forced to make false accusations against ISRO’s top officials. He also claimed that he was interrogated through inhumane methods and tortured when he refused to accept their demands and confess. He spent 50 days in jail.

The film has accurately depicted these facts. “Only facts are narrated in the film. Certain portions had to be toned down for viewers, particularly the police torture. It was much more than what is shown in the film,” Narayanan tells The Hindu.

When he finally returned home, he recounts his wife’s reaction. “She turned around slowly, raised her head and stayed still, staring into my eyes. She had a strange expression as if she was watching me doing something horrible. Then she let out a shriek that I had never heard — from a human or an animal,” he told BBC.

In 1996, the Central Bureau of Investigation (CBI) submitted a report clearing him of all charges, since they hadn’t found any evidence of an exchange of information or money. ISRO’s internal investigation concluded that no sketches of the cryogenic engines were missing.

Two years later the Supreme Court dismissed the case. It also compensated him by asking the Kerala government to pay him Rs 1 lakh. It also gave him Rs 50 lakh as compensation for being subjected to mental cruelty.

In September 1999, the National Human Rights Commission (NHRC) passed strictures against the state government for damaging Narayanan’s career and causing him and his family physical and mental torture, asking the government to pay Rs 10 lakhs to him as compensation.

Soon after he returned to ISRO with an admin job.

In January 2019, Narayanan was awarded the Padma Bhushan.

Narayanan had sued the Kerala government and in March 2021, he agreed to withdraw his case from the Kerala High Court, upon the government’s agreement to pay him Rs 1.3 crore.

“It was born out of one conspiracy. But the conspirators were different with different motives, and the victims were the same set of people,” Narayanan told BBC. “Whatever it is, my career, honour, dignity and happiness were lost. And the people who were responsible for this are still scot-free.”

R Madhavan’s Rocketry: The Nambi Effect to premiere at Cannes: A look at the life of the aerospace engineer on whom the movie is based by Firstpost, 6 May 2022.

Nambi Narayanan and the Other Side of the ISRO Spy Story by V. Venkatesan, 24 February 2022.