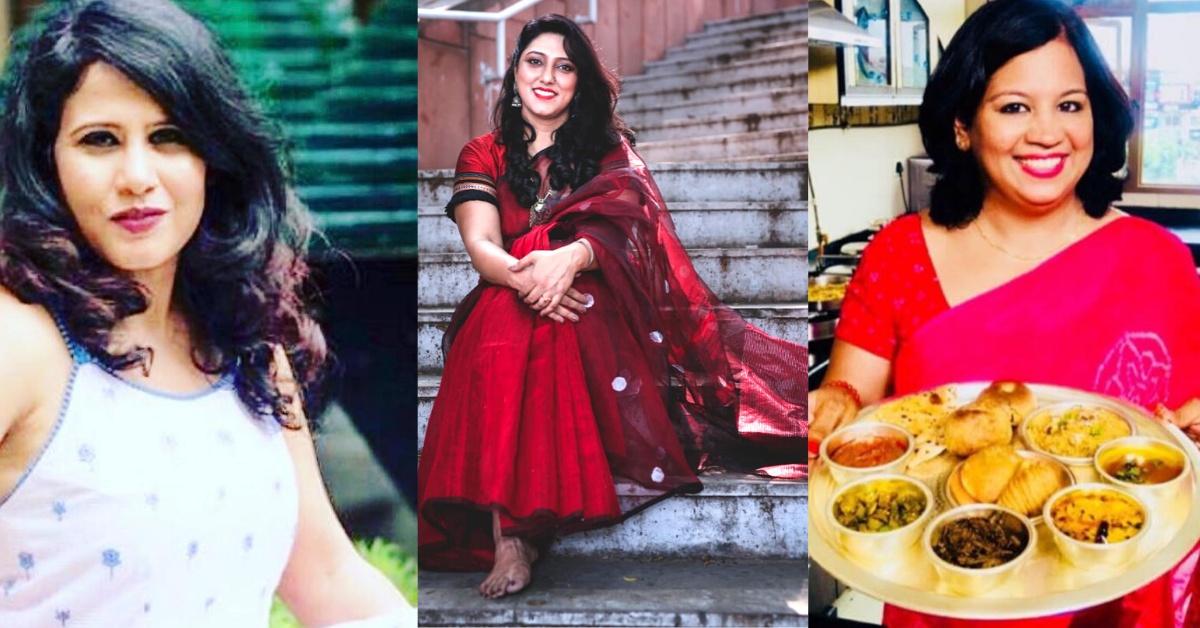 “Whatsapp has most certainly eased the way I do business and it being free and having no message limit, have all been great plus points.”

Ease of use, ability to share media links, product photos and videos and a secure system for one-to-one and one-to-many messaging services – Whatsapp has become an important tool for budding entrepreneurs to spread their business and make profits.

What’s remarkable about this platform is the increasing number of women across India who have started using it to further their business interests.

The Better India caught up with a few women entrepreneurs who share their success stories with us.

Looking to keep yourself warm this winter, check out this eco-friendly hemp scarf here.

In 2014, Abhilasha decided to start her own home-based food service, which she called Marwadi Khana.

“I loved to cook and was active on social media platforms. I would often see other women doing so much and that was a source of motivation for me as well.”

One fine Sunday, Abhilasha sent out a Whatsapp message to people on her contact list about the lunch she planned on making – and voila, the orders started coming in.

“When I started my business, Whatsapp was just growing in India. Once I learnt about the ‘broadcast’ feature there was no turning back for me. Here was a feature that allowed me to communicate with several people at the same time without any issue,” she says.

Today, five years since she launched her brand, Abhilasha manages 10 Whatsapp broadcast groups with 250 members in each group.

What about message overload? “If I am told by a particular client that they do not wish to be part of the group, then I immediately remove them. I am also very mindful of how many messages I send out – not more than once a week.”

When asked how much of the sales she attributes to Whatsapp, she informs, “While I cannot give you an accurate number, I can say that 60 to 70 per cent of my customers are returning customers and they all use Whatsapp to reach out.”

Though Prianka became an entrepreneur during the pre-Whatsapp time, she credits Whatsapp for making things a lot easier than before.

“When I started my business, mobile phones were a rare commodity and it was the time of Orkut,” says Prianka whose brand Chitran revolves around handcrafted sarees and accessories.

She started painting sarees during her first pregnancy when she was advised bed rest. Prianka sold the first five sarees she painted almost immediately and thus began her journey as an entrepreneur.

Prianka uses Whatsapp extensively to keep in touch with her clients and the weavers from whom she gets the sarees.

“It is impossible for me to constantly keep travelling back and forth but with the advent of Whatsapp, a lot of that has changed. Everytime my weavers get new stock they send me the images and once I choose the sarees, they courier it and I transfer the money immediately.”

Prianka now has a steady stream of clients who use Whatsapp to check the saree prints and order them.

Prianka also uses the broadcast feature that Whatsapp offers. “I have one big group in which I have people from New Jersey to Bengal and many in Gurugram. If I had to put a number on how Whatsapp has helped me I would peg it at between 60 to 70 per cent of the total sales I make.”

“Whatsapp has most certainly eased the way I do business and it being free and having no message limit, have all been great plus points.”

You can reach Chitran here.

Gunjan designs and produces ethnic and quirky home décor products under Shabari – a brand she conceived three years ago.

“I primarily use Facebook and Whatsapp to promote my work. While most of it is still word of mouth, I do get many queries via Whatsapp.” She adds that she does not have any website or other social media presence.

“I have always been creatively-inclined, but I was pursuing something totally different for almost 12 years before I decided to give this a shot,” she says. Gunjan spent close to 12 years with an international airline and was with an advertising firm prior to that. “Launching Shabari has given me far more satisfaction than any other job I was doing so far.”

Gunjan uses Whatsapp to send the images of her products to potential customers. And as Facebook may lead to copies of her designs, she relies more on Whatsapp.

Gunjan says that almost 70 per cent of the sales she makes comes through Whatsapp and about 30 per cent from Facebook. “I do also have a broadcast group but do not push my products. I post once in three weeks to once a month with some of the new launches,” she says.

Having forayed into entrepreneurship five years ago, Priya’s entire business is powered by WhatsApp and other social media channels. She has a network of 16 groups with 250 retailers and over 86,000 resellers.

In an interview to TBI, Priya said, “Life had come to a standstill for me, but the circumstances were such that I had to immediately quit my job and shoulder responsibilities that my mother-in-law had been overseeing. At the time, my baby boy was three months old, while my husband, Hari, was undergoing work-related training in Delhi. Having worked since the day I graduated from college, I wasn’t used to sitting idle at home and this only added to my misery.”

In 2013, with an initial investment of Rs 30,000, Priya started her business of selling sarees. “Most of my clients are homemakers, college students and sometimes, small-scale entrepreneurs, for whom reselling my sarees would bring home a decent income. What worked in my favour was the uniqueness of my products, which I’d personally selected and styled.”

Today, Priya has a monthly income of over Rs 1 lakh and is supported by a staff of six, who operate from the first floor of her home in Kovur, Tamil Nadu. You can look up Unique Threads on Facebook here. You can also reach out to them on Whatsapp at +91-9710402535.

In an interview to TBI, Preeti says, “Childbirth took a toll on my health as I became overweight and all my worst nightmares came true as I dealt with breathlessness, body pain and fatigue on an everyday basis. I was unable to fit in my old clothes, and that affected my self-confidence and esteem.”

It took her months of research to understand the value of raw and natural versus processed food and it was this that helped her lose almost 15 kgs of weight in a few months. Her weight-loss journey inspired Preeti to share her recipes among her peers in the fitness class. She distributed the salads she consumed for reviews during the morning class, and by evening Preeti’s WhatsApp was chock-a-block with messages.

Spurred by this personal victory she decided to help others seeking nutritious home cooked meals in Hyderabad. She began her venture – Green and More with an initial investment of Rs 2,000. One can subscribe to the meal plans either via the website or through WhatsApp. Preeti is part of seven WhatsApp groups through which people can order food.

You can reach Greens and More at contact@greensandmore.in

If you have an interesting story to share about how you use Whatsapp for business, we’d love to hear!

Also Read: In 1951, This Housewife Wrote a Cookbook That Made Her a Legend in Tamil Nadu!