14 Forgotten Folk Uprisings That Prepared the Ground for Indian Independence 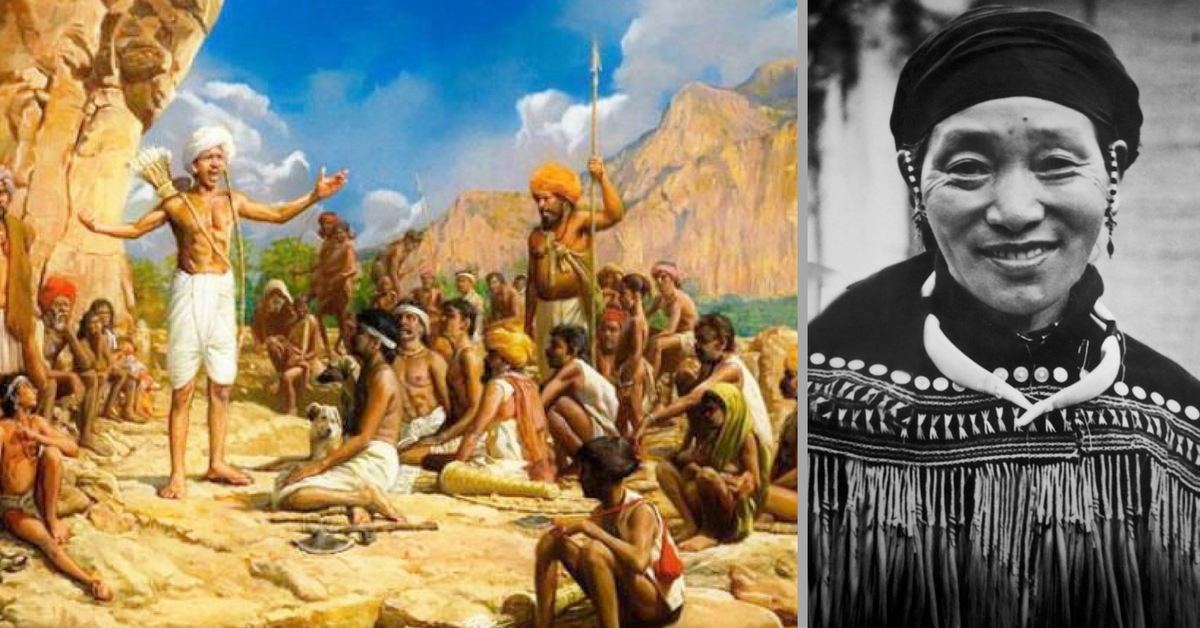 Though these little-known revolts were unsuccessful in uprooting the British, they laid the foundation for the struggle that ultimately led to independence.

In the early years of British Raj, no other community in India offered such heroic resistance to British rule or faced such tragic consequences as did the numerous tribal and peasant communities of India. Simple, hardworking, and peace-loving folks who lived mainly off their agricultural land or forests, these communities rebelled fiercely against the land grabbing and economic exploitation that came with colonial rule. Though these revolts were often unsuccessful in uprooting the British, they prepared the ground for the struggle that ultimately led to independence.

Here are 14 popular uprisings that laid the foundation for a widespread freedom movement and hastened the end to years of colonial rule. The establishment of British control over Bengal after 1757 led to increase in land revenue and the exploitation of the peasants. During the Bengal famine of 1770, impoverished peasants and displaced zamindars were joined by the sanyasis and fakirs ( wandering religious mendicants of Bengal) in a fierce rebellion that continued up to 1802 . One of the best reminder of this rebellion is in literature, in the Bengali novel Anandamath, written by one of India’s first modern novelist, Bankim Chandra Chatterjee. Tilka Manjhi (or Jabra paharia as he was also called) was the first adivasi leader to take up the arms against the British in the 1789. He organized the adivasis into an armed group to fight against the resource grabbing, exploitation and British tyranny. In the battle that ensued, Tilka attacked and injured the British commissioner who died later.The British surrounded the Tilapore forest, from which he operated, but he and his men held the enemy at bay for several weeks before he was caught and hanged at Bhagalpur. The British efforts to exploit the the downtrodden tribal people of Sambalpur in Odisha led to the start of the this rebellion by Surendra Sai. A direct descendant from Madhukar Sai, the fourth Chauhan king of Sambalpur, Surendra Sai espoused the cause of the tribals of the region. Debarred from occupying the throne due to his popularity, Sai and his associates rebelled against the Raj and died fighting for freedom from the British.

The founder of the Kherwar Movement, Bhagirath Manjhi once explained the philosophy of the revolt by saying,

Unable to bear the pressure of the exorbitant rents imposed on them, the massive Kherwar movement was kicked off in 1874 with incredible support from Santhal tribals. Village after village resounded with the sound of thousands of Santhals voicing their legitimate right. The movement was suppressed only through brutal punitive measures that were taken by the British. The Santhal rebellion, commonly known as Santhal Hul, was a rebellion against both the British colonial authority and upper caste zamindars who had taken away lands cultivated by Santhals for centuries. Led by the four Murmu Brothers – Sidhu, Kanhu, Chand and Bhairav – thousands of Santhals took to guerrilla fighting. Though the Santhals were outstanding archers, they were no match for the musket and cannon firepower of the British. Over 15,000 were killed, tens of villages were destroyed and the two celebrated leaders Sidhu and Kanhu were killed to subdue the rebellion. The Indigo revolt (or Nilbidroha) was an agrarian uprising of indigo farmers or ryots against the British indigo planters that arose in Bengal in 1859. Dinabandhu Mitra’s play Nil Darpan (The Mirror of Indigo) reflected the peasants’ feelings, who were forced to cultivate without remuneration, towards the indigo planters. Planters were publicly tried, indigo depots were burned down and the ryots went on strike. Though it was ruthlessly suppressed, the revolt had a strong effect on the government, which appointed the Indigo Commission in 1860. The name of Birsa Munda is cherished in India as one of the greatest freedom fighters. He raised his voice against the transformation of the tribal agrarian system into a feudal system that had led to the alienation of the lands held by the tribals. To the twin challenges of agrarian breakdown and culture change, Birsa along with the Mundas, responded through an ulgulaan (or revolution) under his leadership. After a series of uprisings, Birsa was cap­tured and he died in jail in 1900. His portrait hangs in the Central Hall of the Indian parliament, the only tribal leader to have been so honoured. Tana Bhagats was a small tribal community formed by the Oraon saints of Jharkhand, Jatra Bhagat and Turia Bhagat. The Tana Bhagats opposed the exorbitant taxes imposed on them by the British and staged a type of civil disobedience movement in 1914 that was anti-zamindari, anti-missionary and anti-British. Followers of Mahatma Gandhi, and believers in ahimsa (nonviolence), were later closely associated with the Non-Cooperation Movement of the Indian National Congress.

You May Also Like: Go Back in Time to Pre-Independence India with Marathi Movie ‘Nilkanth Master’ The Rampa Rebellion of 1879 was an insurrection by the hill tribes in the Rampa region of the Vizagapatam District against the British government of the Madras Presidency. The 1882 Madras Forest Act had restricted the free movement of tribal peoples in the forest and prevented them from practicing their traditional podu agriculture. It was led by the revolutionary, Alluri Sitarama Raju who was called Manyam Veerudu (hero of the jungle) by the locals. He was eventually trapped and executed by the British in the forests of Chintapalli. “We are free people, the white men should not rule over us.”

This was 13-year-old Rani Gaidinliu’s clarion call to the ethnic Naga tribes from remote hills of North Eastern region when she joined the Heraka religious movement of her cousin. Under her guidance, the movement later turned into a political movement seeking to drive out the British from the region. She urged the people not to pay taxes, not to work for the British and even went underground to lead many attacks on the British administration. Gaidinliu was arrested in 1932 at the age of 16, and was sentenced to life imprisonment by the British rulers. Jawaharlal Nehru met her at Shillong Jail in 1937, and gave her the title of Rani. Released in 1947 after India’s independence, she continued to work for the upliftment of her people and was honored with a Padma Bhushan. The Tebhaga movement was led by the share croppers of the Bengal region against the oppressive jotedars (land owners) in 1946-47. At that time, share-cropping bargadars (essentially, tenants) had to give half of their harvest to the owners of the land. The demand of the Tebhaga (sharing by thirds) movement, led by Bengal Kisan Sabha, was to reduce the share given to landlords to one third. Among the unique feaures of this movement is the large scale participation of landless and poor women who formed fighting troops called the nari bahini that took a front role in countering the repression of the state. Though the agitation was not immediately successful, the East Bengal State Acquisition and Tenancy Act was passed in 1950 due to the initiation of the movement.

Also Read: A Taste of Nostalgia: 24 of India’s Most Famous Pre-Independence Eateries