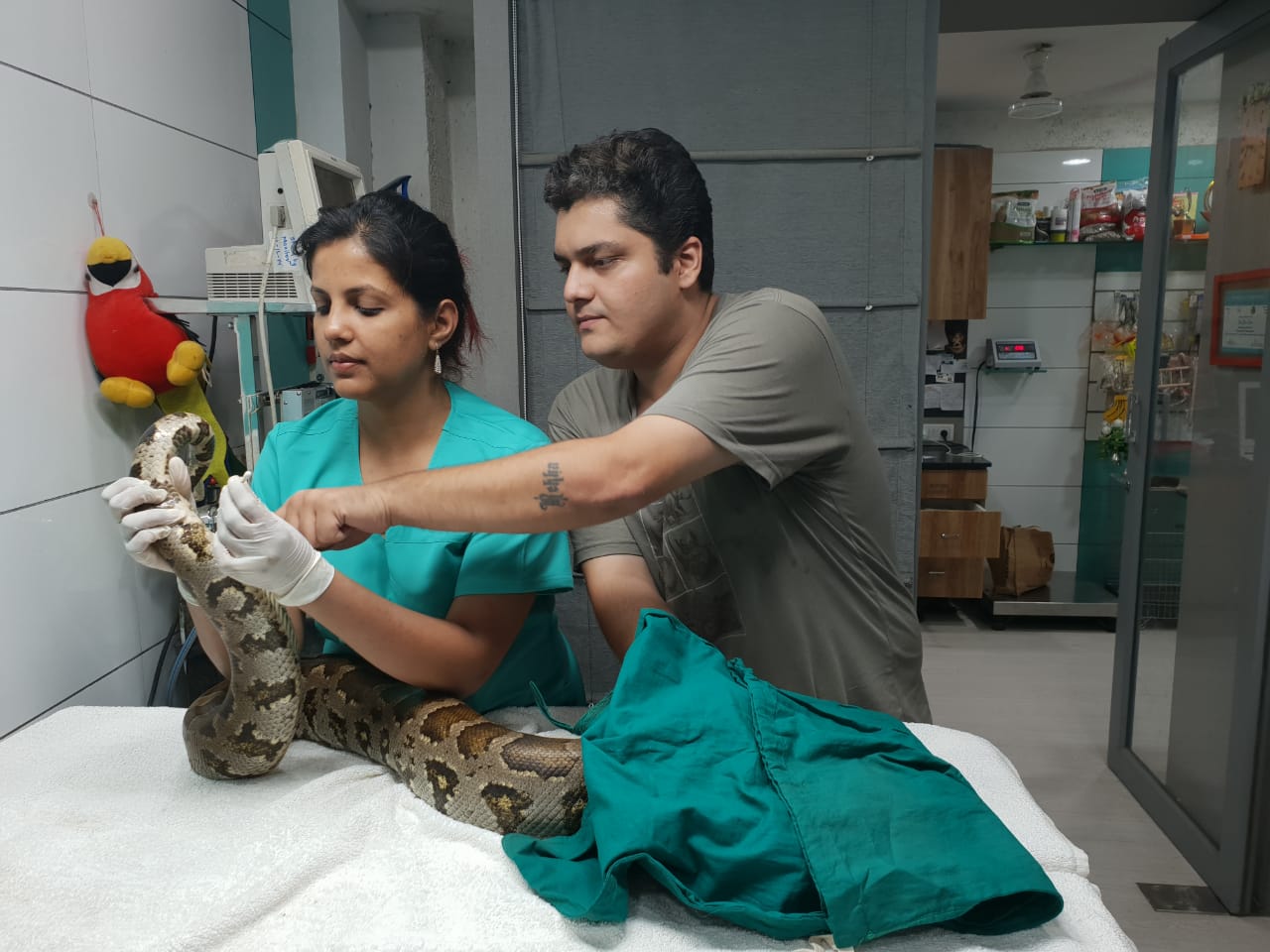 Saving thousands of animals and inspiring several Mumbaikars to rehabilitate them, Pawan is setting an example of how humans and animals can co-exist in a city like Mumbai

In 2011, when a spectacled cobra (Naja Naja) was on the loose around a water purification plant near Mumbai’s Vihar Lake, Pawan Sharma rushed to its rescue. Not allowing his hydrophobia deter him from entering the purification plant to save the reptile, he stood knee-deep in water and at one point, almost fell into a utility hole.

That day, Pawan had almost lost his life. But the 26-year-old does not regret it at all. He was able to save the snake, and that was all that mattered to him.

This incident is just one example of Pawan’s dedication and unconditional love for animals.

Saving thousands of animals and inspiring several Mumbaikars to rehabilitate them, Pawan is setting an example of how humans and animals can co-exist in a city like Mumbai, where the green cover is shrinking due to rapid infrastructural development.

Speaking to The Better India (TBI) about his passion on life, Pawan says, “While growing up, I used to watch a lot of documentaries and shows on wild animals, and my favourite part would be the rescue operation. I always imagined myself in the rescuer’s place.”

Finally, he got his chance when he was merely 13 years old. With an aluminum hanger and a bucket, he rescued a Russell Viper in his society in Mulund near the Sanjay Gandhi National Park (SGNP).

The venomous snake had killed one of the kittens, and the residents wanted to kill it. That was my first rescue operation, and since then there has been no looking back, he says.

Of course, his parents were furious when they learnt about this incident, and tried everything in their capacity to stop him from going near dangerous animals. Pawan understood that the stricture came from his parents’ need to keep him safe, but the teenager had heard his calling. And so, as soon as he turned 18, he formed an NGO—Resqink Association for Wildlife Welfare (RAWW).

Since I live very close to SGNP, we often spot snakes in my colony, and every time I rescued them, people would doubt my intentions, thinking I wanted to smuggle them. So, to put an end to the rumours, I registered my NGO with the Maharashtra Forest Department, informs Pawan.

Along the way, he found support from like-minded individuals and his friends who joined him in animal rescue.

Knowing that rescuing an animal is a combination of training and love, he joined the Rescue Team of Mumbai Forest Department (MFD) for training and also started helping them.

Animals, especially the wild ones, act on their instincts so in the entire process right from rescuing them to releasing them in their natural habitat, one has to be calm and composed, says Pawan.

Speaking to TBI about the efforts of this young crusader on a mission to save animals, Range Forest Officer under MFD (Mumbai branch), Santosh Kank says,

Since day one, Pawan has been diligently working towards providing a better life to the animals. He has helped us in several rescue operations, and we are grateful to him. I urge every Mumbaikar to come forward and make an attempt to co-exist with animals.

It has been six years since Pawan started his training and so far, he has rescued over 10,000 animals including leopards, birds, snakes, crocodiles, and other reptiles. Every year, the team manages to save over a thousand animals and birds. With the help from Maharashtra Police and Forest Department, Pawan has also rescued four pangolins, an endangered and the most globally trafficked species.

While the rescue part of the process is comparatively easy, sending the animals back to their natural habitat is always a challenge. The first step post a rescue is a medical examination. Not till the animal passes the test, is it sent to its familiar environs.

“Treating an animal requires money and time. Financial resources are needed to hire a veterinary doctor. On occasions, when the animal is severely injured, we need a basic medical kit and an ambulance. So to acquire proper infrastructure, we are raising funds,” says Pawan.

Apart from saving animals, the organisation is also raising people’s awareness of animal conservation. Workshops, sessions, and rallies, Pawan is using all the methods he can to educate Mumbaikars. And to that end, the informative classes are garnering a positive response from both the citizens and the authorities in Mumbai.

Citing one of their most impactful work, Pawan talks about ‘Project Raahat’ that was started post the devastating floods in Kerala. In collaboration with a few non-profit organisations and authorities, Pawan and his team rescued more than 300 animals in Kerala by sending relief materials and medicines for rescued animals in the flood-affected areas.

For his efforts toward rehabilitating animals in and around Mumbai, the Forest Department in Thane has made him a Wildlife Warden. His NGO—RAWW is also officially a part of the contact list of Brihanmumbai Municipal Corporation’s rescue operation teams.

If you wish to volunteer with RAWW or want to know about the steps to rescue an animal, you can contact Pawan here. To help RAWW raise funds, you can contribute here.