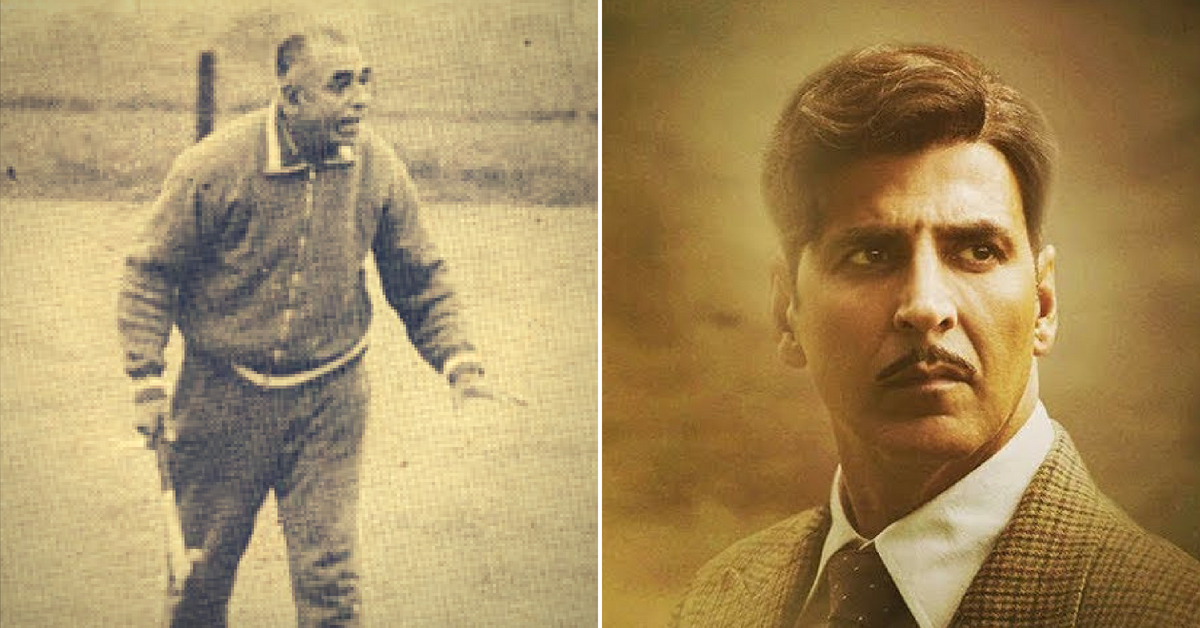 The role of Tapan Das, played by Akshay Kumar is inspired by Kishan Lal, the former captain of the Indian hockey, a fiery right winger on the field and a true sportsman.

A nation under foreign rule, over 300 million hearts waiting for freedom and one team who wished to play for their free country.

A hockey team who had won laurels for the nation, but always saw the Union Jack waving after their win, and for once, wanted to sing the national anthem on an international platform.

This is the story of Gold, an upcoming film starring Akshay Kumar.

The theatrical trailer of “Gold” oozes every bit of nostalgia, patriotism and team spirit that the hockey team would have felt back in the 1940s. The role of Tapan Das, played by Akshay Kumar is inspired by Kishan Lal, the former captain of the Indian hockey, a fiery right winger on the field and a true sportsman.

Here are some facts about the legend that you must know before you watch the movie in a theatre near you.

Although Kishan Lal became a legend in the history of Indian hockey for having led the Indian team to their first Olympic gold after independence, he was not always interested in the game. Born in Mhow, in Madhya Pradesh on 2 February 1917, Kishan Lal was fascinated by the sport of polo as a child and followed it intently. He started playing hockey as a 14-year-old and continued with the game through his life.

2. Journey on a hockey field:

At the age of 16, only two years after he started playing hockey, Kishan Lal represented the Mhow Heroes, Mhow Green Walls and later played for Kalyanmal Mills in Indore. In1937, MN Zutshi, the captain of the Bhagwant Club Hockey Team, noticed his talent and got him to play for the Bhagwant Cup of Tikamgarh.

Kishan Lal joined the BB & CI Railways (Currently known as the Western Railways) in 1941—the team which he later led to victory in the 1948 London Olympics.

3. An international star in the making:

You may also like: The True Story behind Meghna Gulzar’s Upcoming Movie Raazi!

World War II had concluded just three years ago, and India had obtained freedom from British rule. With the struggles that came with a partitioned nation as well as a newly formed dynamic as an Indian citizen, the responsibility to have an Indian national team compete in the Olympics was not minor. However, Kishan Lal and the team were motivated to win gold with the Indian flag waving in the background.

You may also like: Soorma: This Legend’s Story Inspired Taapsee Pannu and Diljit Dosanjh’s Next Biopic!

The final team, set to play in the Olympics, had eight players from Mumbai and legends like Leslie Claudius and Balbir Singh all led by the able Kishan Lal. Together, they beat Austria, Argentina, Spain and Holland to reach the finals. It was here that the Indian team faced their political rivals—the Great Britain team.

5. Kishan Lal—A legend in his own right:

One of the best right wingers in the Indian hockey history, Kishan Lal was popularly known as ‘Dada.’ Gian Singh, a recipient of the Victoria Cross and Param Vishisht Seva Medal once said about Kishan Lal, “Many times, I would think he would score, but invariably he would pass the ball to inside forwards or the centre-forward to give the finishing touch”.

6. A hero recognised by the nation:

With his quick journey from playing for clubs to leading the Indian national team, the talents of Kishan Lal were not lost to the hockey fraternity. For his contribution to the sport, he was awarded the Padma Shri in 1966, by the then president, Dr Sarvepalli Radhakrishnan.

On 22 June 1980, Kishan Lal breathed his last in Madras (Chennai), in Tamil Nadu. He was attending the Murruguppa Gold Cup Hockey Tournament there and was supposed to be an expert commentator for the Doordarshan coverage of the second leg final later that day.

Being one of the most respected hockey players of the country, his death was mourned by many. Kishan Lal was cremated at the Sion Crematorium in Mumbai.