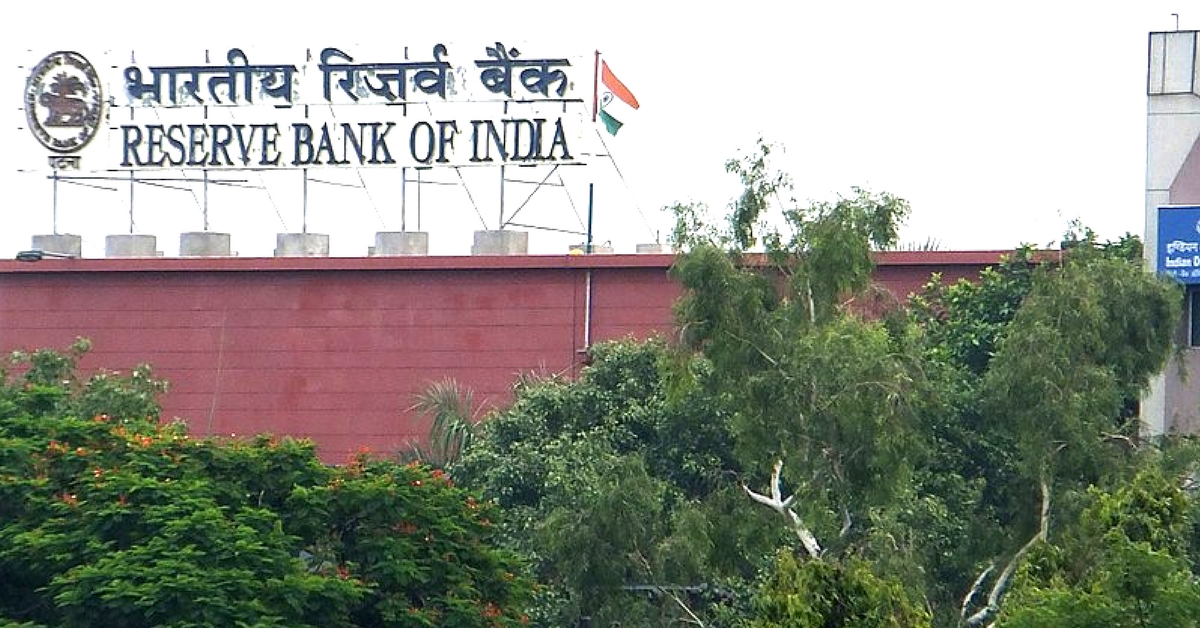 The RBI has decided to stop Letters of Undertakings, in an attempt to prevent future frauds. Representative image only. Image Courtesy: Wikimedia Commons

Fed up of frauds, the RBI is taking steps to ensure they don’t occur.

After a diamond merchant decamped with crores leaving behind a trail of financial destruction in his wake, a can of worms opened up, exposing the rot deep within the system.

Well, the Reserve Bank of India has had enough, and in an unexpected move on Tuesday, discontinued the issuance of Letters of Undertaking, for imports into India.

Call it a knee-jerk reaction, a timely intervention or a move that has come a little too late, there some hope that by clamping down on LoU’s,the RBI might prevent future frauds.

A Letter of Undertaking is an instrument, which allows customers of a bank, to raise short-term foreign currency from its own, or another bank’s foreign branch, to repay offshore suppliers.

Now, this short-term loan, is extended to clients with the guarantee of payment within 90 to 180 days. The LoU is issued by the firm’s local bank. Banks issue these letters, on the basis of security in the form of cash or property of equal amount to be deposited at the Indian branch, which can be taken away, if the client doesn’t pay.

So, in layman’s terms, it means if you are a customer of an Indian bank, and you need a short-term loan overseas to import something. You can go to the foreign exchange department of your bank, and ask for a Letters of Undertaking. The bank will ask you for collateral, or a guarantee, either in the form of fixed deposits or assets. Now, depending on your relationship with the bank, this may be even 100% or even more, of the credit you seek.

The bank then issues an LoU. This, when given to another overseas branch of another Indian bank, would facilitate the release of the amount, in foreign currency. This amount won’t come to you directly, it goes to a specific bank account of your banker back home, called a Nostro account. Then, it is your discretion, in whose favour the payment needs to be done.

Now, on the bank’s end, the overseas bank lending to you on the basis of the LoU, earns interest on that amount, the bank issuing your Letters of Undertaking gets a fee, and you get a credit facility in a place, where you may not even have existing banking relations. Interest rates in India are higher, compared to international benchmark rates. So, for you, the outgo on interest is beneficial. If the collateral you have provided is a fixed deposit, there is even more gain on the interest earned. At the same time, the bank also gets some funds to use.

Now, the RBI has clamped down and issued directives saying that existing Letters of Undertaking would be honoured, while letters of credit and bank guarantees may or may not be issued, depending on compliance.

This decision has had an impact, as a manager with State Bank of India, says in the New Indian Express, that no staff is ready to issue or sign any letter in their capacity, adding that SBI itself had withheld 58 LoU’s worth 2300 crore, in a week.

The man who made LoU’s famous, Nirav Modi, obtained around 1,213 of them, over a period of 74 months, according to Finance Minister Arun Jaitley, in Parliament on Tuesday.

You may also like: Should We Link Aadhaar or Not? Here Are the Issues That the Govt, RBI Must Clarify

Some businesses even say that the regular lending process is getting hampered. People are fearful, but as DS Rawat, Secretary General of Assocham says, one or two black sheep shouldn’t derail the financial system, which is resilient enough to withstand these kinds of shocks. According to him, a system that helps prevent these kinds of shocks and jolts should be in place.

Maybe, with the financial sector, as is with everything else, prevention is better than cure.