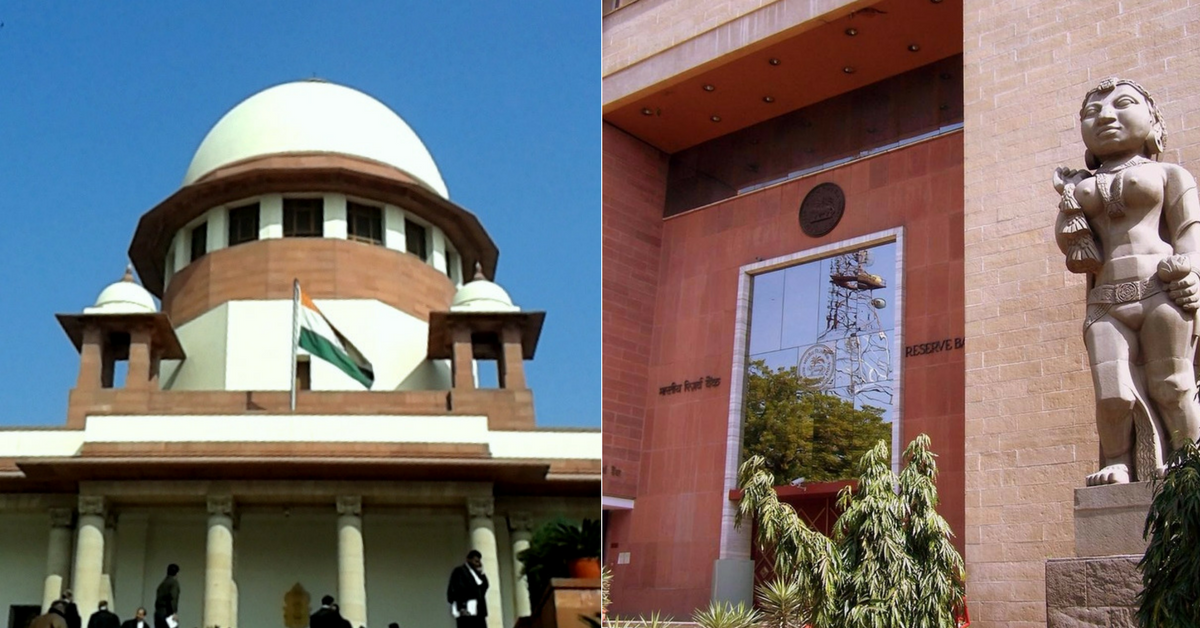 The central bank issued a statement dismissing media reports that quoted a reply to a Right to Information query, which had suggested that the RBI had not issued any notification making it compulsory to link Aadhaar with bank accounts

My nonagenarian grandmother looked rather flustered when I walked into her room last week. “Will you help me link my bank account with my Aadhaar card?” she asked me.

“Of course I will. Why do you look so worried?” I asked her.

She went on to tell me about the incessant phone calls her bank was making to her urging her to link her account at the earliest to ensure that her account remains operative.

Now imagine my grandmother’s plight. Her only source of income is the interest that her capital generates. Telling her that not linking her Aadhaar to her bank account will result in the closure of her account is not just wrong but I would go a step further and say beyond the purview of what the government directive states.

The Supreme Court in its orders dated 11th August, and 15th October 2015 had restricted the voluntary usage of Aadhaar to only six government schemes and maintained that no person would be denied access to any service due to lack of an Aadhaar card.

However, on the legislative side of things, the Aadhaar Act was passed in March 2016 as a money bill in the Parliament, but the Supreme Court’s orders of 2015 putting limitations on the operation of this scheme until the pending matters are decided with finality are still in effect.

It seems that this ambiguity is creating all kinds of unwanted confusion among the population. Take the example of linking your bank account to Aadhaar. In a recent response to a Right To Information petition filed by Yogesh Sapkale, the Reserve Bank of India (RBI) categorically mentions, “Reserve Bank has not issued any instruction so far regarding mandatory linking of Aadhaar number with a bank account. Hence we are not in a position, at this stage, to share any such file notings.”

But this is not stopping the banks to keep asking you for your Aadhar number threatening you with account suspensions if the same is not provided.

They seem to be acting on the provisions under the Prevention of Money Laundering Rules, under which every new account and high-value transactions (over INR 50,000) have to be linked with Aadhaar numbers.

Like this, there are multiple rules and requirements (like KYC for mobile connections etc.), which make it imperative on one to provide one’s Aadhaar details, in order to avail those services.

At the time of writing this piece the RBI’s stand as understood from the reply to the RTI application was that linking of Aadhaar to the bank account was not mandatory.

However, as on October 23, 2017, RBI has said that “it was mandatory to link the biometric identity number with bank accounts. The central bank issued a statement dismissing media reports that quoted a reply to a Right to Information query, which had suggested that the RBI had not issued any notification making it compulsory to link Aadhaar with bank accounts.”

Aadhaar is now here and cannot be wished away. We wish that the Government and the Judiciary are able to provide clarity of need and tight security for the overall Aadhaar system.