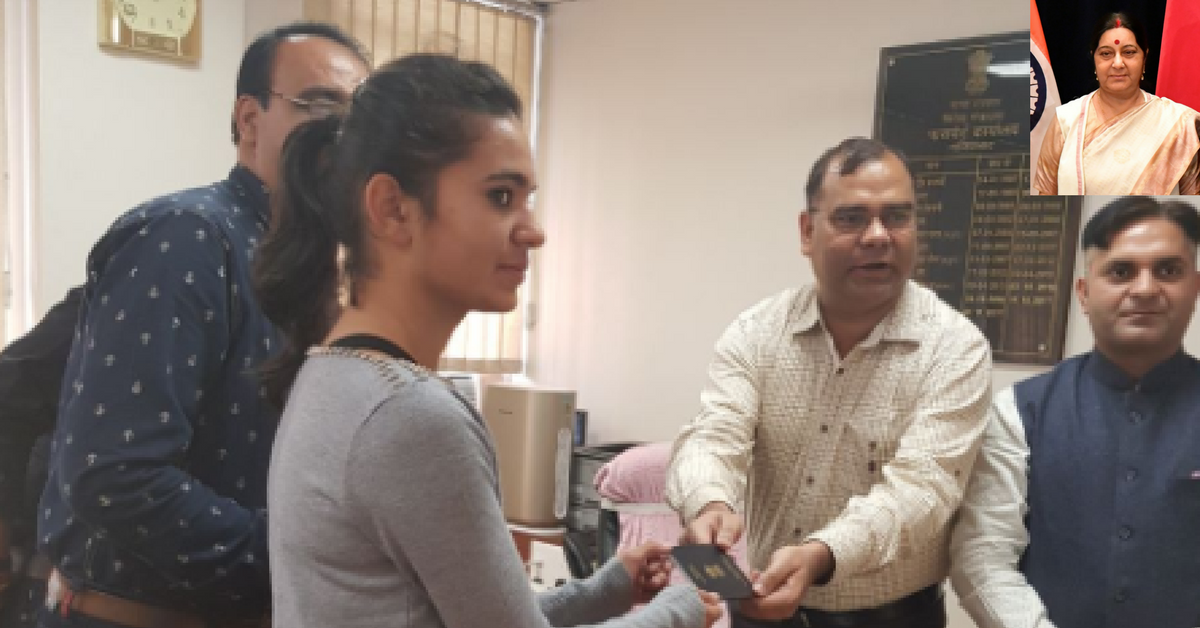 In 1977 she created history by being the youngest ever Cabinet Minister at the age of 25. Since then there have been many accolades and success that have come her way.

The power of 140 characters comes to life when one sees the impact of the tweets put out by External Affairs Minister, Sushma Swaraj.

It is no surprise therefore that she is called the Queen of Twitter. With over 5.5 million followers on Twitter, she is the most followed female world leader.

In 1977 she created history by being the youngest ever Cabinet Minister at the age of 25.

Since then there have been many accolades and success that have come her way.

Sushma has created news yet again when she accelerated the issuance of passport to a junior woman boxer. A Twitter user, Aditi Sharma, brought the plight of boxer Jhalak Tomar to the notice of the minister.

Jhalak, who is all set to participate in an international boxing tournament called ‘Valeria Demyanova Memorial’ in Ukraine.

She recently won the bronze medal in the 54 kg weight category at the Junior Women’s National Boxing Championship.

Though Jhalak had qualified to represent India in this competition to be held in Nadvirna city of Ukraine, she did not have a passport and her chances of making it to the competition seemed bleak.

Would you believe that Jhalak received her passport from the regional passport officer in Ghaziabad, a day after Sushma came to know that she needed the travel document immediately to take part in the tournament?

In her tweet, Sushma wrote, “Jhalak – I have spoken on the given number. You will get the Passport tomorrow morning, and you have to win a medal for the country.”

Let us hope she does!

Over the last three years, since she assumed office, Sushma has won several admirers for her use of social media, Twitter, in particular, to help citizens. In December 2016, Foreign Policy magazine named her one among the 15 ‘Global Thinkers’ of the year “for fashioning a novel brand of Twitter diplomacy”.

Since the time she took in charge of the office, Sushma has worked tirelessly and taken prompt action to ensure people’s problems are solved in minimum time.

What deserves, even more, credit is the fact that she worked for the public even when she was admitted to a hospital.

Here’s a quick look at some of the tweets that made a difference:

• In February 2016, pirates hijacked a ship named Maximus carrying 11 Indian sailors near the African coast. 10 of them were rescued, except for Rohan Ruparelia, the captain of the ship.

• She directed embassy officials to help stranded Indians in Istanbul as multiple flights were cancelled due to heavy snow on 8-9 January.

• Faizan Patel, a Mangalore-based photographer, tweeted that his wife lost her passport just two days before their honeymoon trip to Italy. Responding to this tweet, Sushma ensured that she made a duplicate passport available for the travel of his wife.

• She has also been called the ‘Champion of Homecoming’ after ensuring the safe return of many stranded Indians abroad. She is the champion of ‘homecoming’ – besides Sonu, she successfully brought Gurpreet (rescued from a refugee camp in Germany) and Geeta (stranded in Pakistan) back home.

More power to this Minister.