This Woman’s Preserved 30 Indigenous Rice Varieties & Is Making Sure You Get a Grain of History Too! 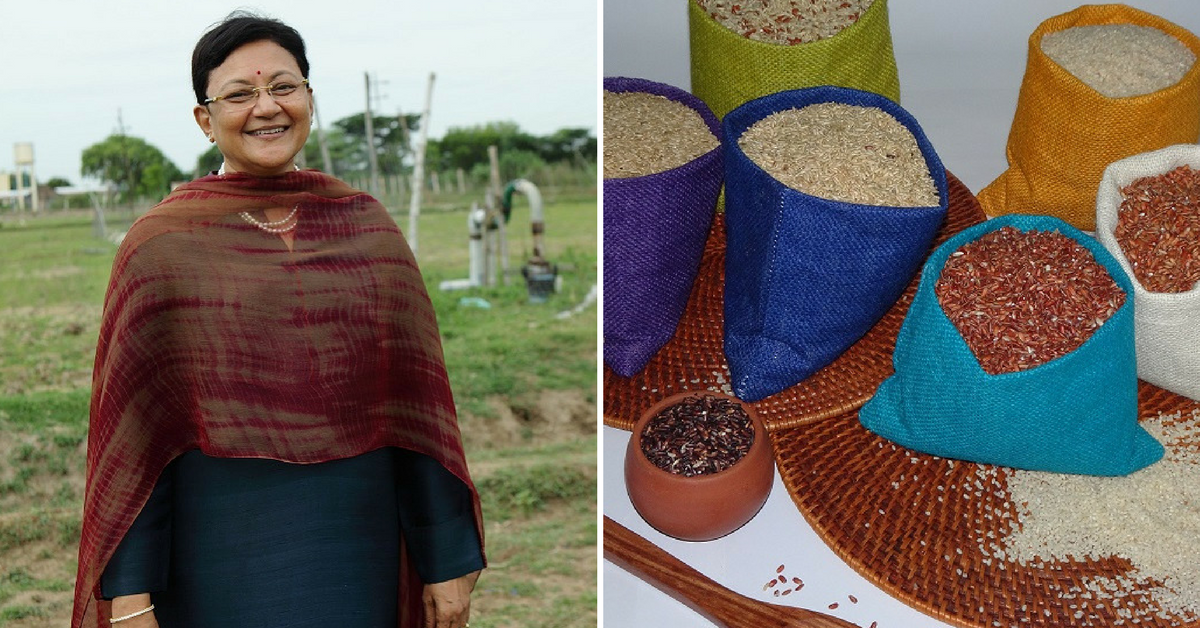 According to Sheela each of these rice varieties has different medicinal and health values.

Rice emerged in India 14,000 years ago and with a single variety. Farmers experimented and amplified the genetic diversity and in the course of the last 10,000 years, there emerged 1,10,000 varieties of rice of which only 6,000 now survive. The diversity was lost after the introduction of the green revolution in 1970 with its emphasis on mono culture and hybrid crops.

For Sheela Balaji, chairperson and Managing Trustee of NGO AIM For Seva, this variety was something she wanted to bring back. So she not only grew these lost gems but also made sure that people could taste them and encourage farmers to grow them once again.

While working in Manjakkudi, a village in the Cauvery Delta region in Tiruvarur district of Tamil Nadu, Sheela would always find herself surrounded by paddy fields. Around that time, she happened to see a farmer spraying pesticide on the crops ruthlessly. She could see the farmer getting exposed to the dangerous pesticide too and tried to explain to him the health hazards. However, the farmer explained her that the rice he grew was a hybrid variety and could not be harvested without the use of chemicals.

This was an eye-opener for Sheela, and she was hell-bent on looking for a solution to the farmers’ concerns. During her many farm visits, Sheela started to learn about the diversity of rice that India once had. She also researched the different nutrients and medicinal values that these rice varieties contained. Being indigenous, these varieties grew well in Indian soil and climatic conditions without any chemical input. She then decided to grow only indigenous varieties in the 40 acres of land that belonged to the NGO.

Sheela also came across a festival of grains called Nel Thiruvizha being organised in one of the villages called Adirangam and started conducting this festival in Manjakkudi in 2013.Through this festival, Sheela met more than 500 farmers each year who helped her get the seeds for the indigenous varieties of rice.

She started with just four varieties of rice and within four years, she has preserved nearly 30 varieties. “I was sure about one thing right from the beginning, that no chemicals will be used in our farm. We have 43 cows, which are organically fed, and their dung and urine was enough to make excellent manure for the entire 40 acres. The first variety that we grew was Mapillai Champa. The rice is very good to keep our body in balance and is an excellent energy booster,” informs Sheela.

After the first festival, more farmers came to know about the success of AIM for Seva’s farm and joined them in the next year’s festival. This year, Sheela took the opportunity to spread awareness among these farmers about the benefits of growing indigenous varieties organically. Many farmers were convinced by these sessions and took up organic farming of indigenous varieties.

“Nearly six farmers converted to organic after the second festival and now I know 9 of them who grow these varieties organically. I know it is just a small drop in the ocean. But then sometimes these drops fill an ocean. It is so satisfactory to see them change,” says Sheela.

However, even after knowing the health benefits and medicinal value of the rice varieties, farmers started growing these varieties only for their consumption and not for selling as there was no demand.

“After the second harvest we were left with so much grain that I started asking people if they want to buy it. But people were used to eating white rice. They did not even know the taste or aroma of these varieties. I understood that just growing them cannot save them forever. Best way to save them is to make people consume them. We need to popularise these varieties. Every individual can do it. Know your indigenous varieties and demand for it. When people will demand, automatically traders will ask the farmers to grow them,” Sheela says.

In a view to retain the essential nutrient value in all varieties of rice, all grains are hand-pounded and semi-polished to retain the husk, which would enhance richness and provide nutrients to the body.

The rice packaging has a line drawn map of Manjakkudi and a paddy stalk on the side, and the sticker has printed details (like rice variety name and if single or double par-boiled). Cooking instructions and health benefits are available in a brochure called Grains of Goodness. There are also trained staff at the store who guide visitors on how they can use the produce.

You may also like – Going Grocery Shopping? These Organic Thelas Ensure That Farmers Get Best Prices Too!

According to Sheela each of these rice varieties has different medicinal and health values. Some of them are as follows –

This rice variety is light red in colour. It is mainly cultivated in Tamil Nadu and grows upto over seven feet tall. It has the ability to hide an elephant; hence the crop was given this name. (‘Kaatu’ means forest and ‘Yaanam’ means elephant). The rice is said to keep diabetes and arthritis under control, boost immunity and protect against skin problems. This is an aromatic rice variety. It is also known as the ‘Prince of Rice’ and its informal name is ‘Baby Basmati.’ A darker shade, it looks like cumin seeds. It is believed to increase hemoglobin levels and body metabolism. This fragrant grain is also said to have antispasmodic, stomachic, carminative, hypolipidemic, antibacterial, astringent and sedative properties. Ancient text explains that Kalajeera improves memory and controls diabetes. 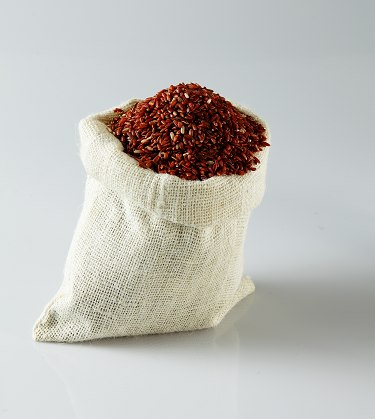 This variety is believed to cure mouth ulcers and even cancer. It is very good for people with diabetes as it lowers blood sugar.This fibrous rice keeps the mind and body alert.

In red rice, the bran layer is rich in polyphenols, anthocyanin and has antioxidant properties. Their zinc and iron content is two to three times higher than what you would get in white rice.

“In 1910 the first rice milling machine came to India and that changed our entire eating habit. Today it is believed that white rice is harmful for our health. But every grain is as good as other, we just have to eat it right. In India, the first thing we give to a baby to start solids is rice and we spread rice at someone’s death too. Rice is so much a part of our culture because our geography and our climatic condition make rice the least allergenic and most nutrient grain. So don’t be afraid of rice. It is the queen of cereals. There is no better cereal in the world than rice if you eat it well,” she concludes.