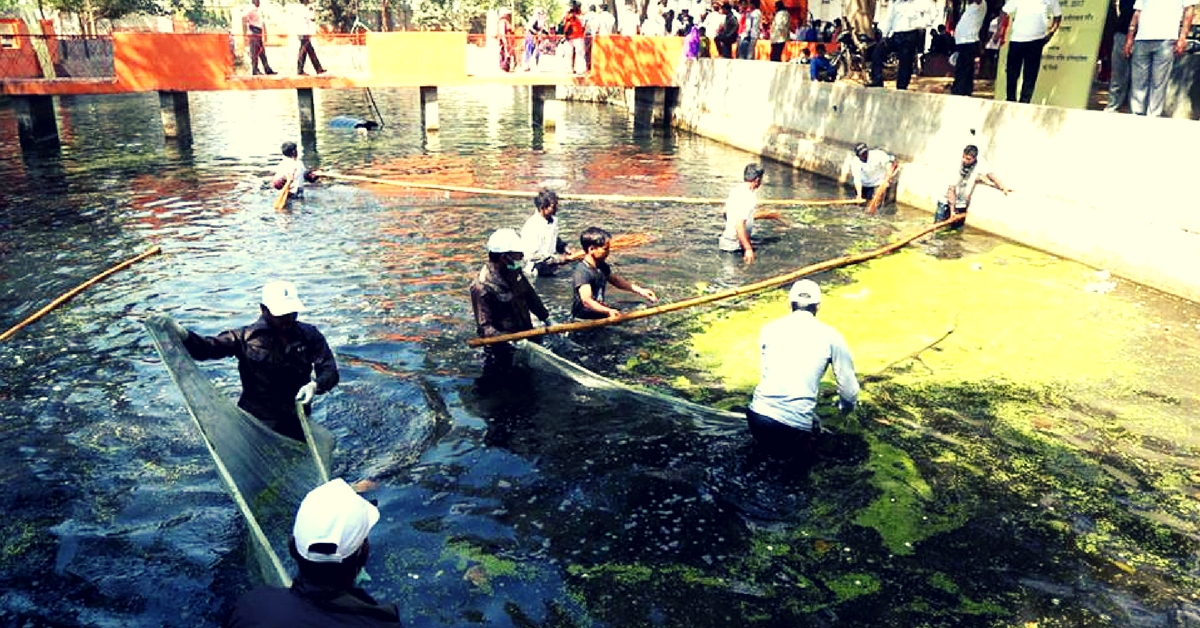 Armed with nets and handheld filter tools, a group of over 150 school students, volunteers of an organisation and residents of Wazirabad village entered a filthy, smelly pond in Gurgaon’s Sector 53 area and cleaned it up.

The group entered the 10-foot deep pond which had stagnant water and cleaned it in two hours. They cleaned up the pond, which is near a temple, along with the adjoining area.

The cleaning exercise was carried out as part of the government’s Swachh Bharat Abhiyan – a national movement that aims to make the country clean.

There are over 200 ponds in Gurgaon district, many of which have either dried up or have been encroached upon
“For now, our workers will clean the water using chemicals. Later, they will pump out water and refill the pond with fresh water. They will also ensure proper water flow. For fresh water supply, they will work in coordination with the local administration,” Dr Bindeshwar Pathak, founder of Sulabh International, said, reported The Hindustan Times.

You may also like: How Thousands of Children in Pune Prevented Over 50 Tonnes of Plastic from Reaching the Sea

Similar cleanliness drives are also being carried out in places like Varanasi and Kurukshetra. The Gurgaon drive was initiated by social worker Pam Kwatra, a non-resident Indian who stays in DLF Phase IV area, on her visit to India and often visits the pond.