Anjali Ameer Makes History: First Transsexual Woman to Be Cast as a Female Lead in an Indian Film!

Anjali Ameer has made history by becoming the first transsexuall woman to be cast as the lead in a major feature film starring South Indian superstar, Mammootty

In a first for Indian cinema, Anjali Ameer, a transsexual woman will be playing the lead role in a mainstream film. Malayalam actor Mammootty has announced that Anjali will be his co-star in his upcoming feature. In fact, the actor was so impressed with Anjali that he recommended her to his director, Ram, during the casting.

The film is set to be released later in 2017 in Tamil and Malayalam. This can be a monumental move for Indian cinema because members of the LGBTQ community are often stereotyped and depicted as caricatures in mainstream movies.

For Anjali, this moment of triumph comes after a lifetime of battles to gain acceptance. 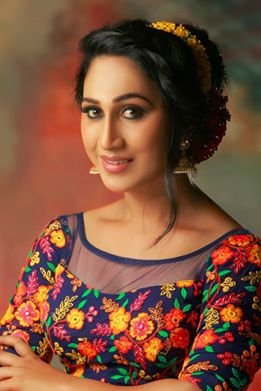 Coming from an orthodox Muslim family, she ran away from home when she didn’t gain acceptance there. In an interview with India Times, Anjali opened up about the obstacles she faced while struggling with her sexual identity. She notes, “After completing my class 10th, I started trying to undergo this change. Initially, it wasn’t acceptable for my family. So, I ran away from home. I lived with transgender communities in Coimbatore and Bengaluru in the next couple of years. It was a period of real personal struggle.”

You may also like: Anjali Lama Will Become the First Transgender Model to Walk the Lakme Fashion Week

But her family soon came around to not only accepting her identity, but they have now become her greatest source of strength.

Having worked in plays held in state fairs, acting was always a passion that she had dreamt of pursuing. And that dream has now come true.