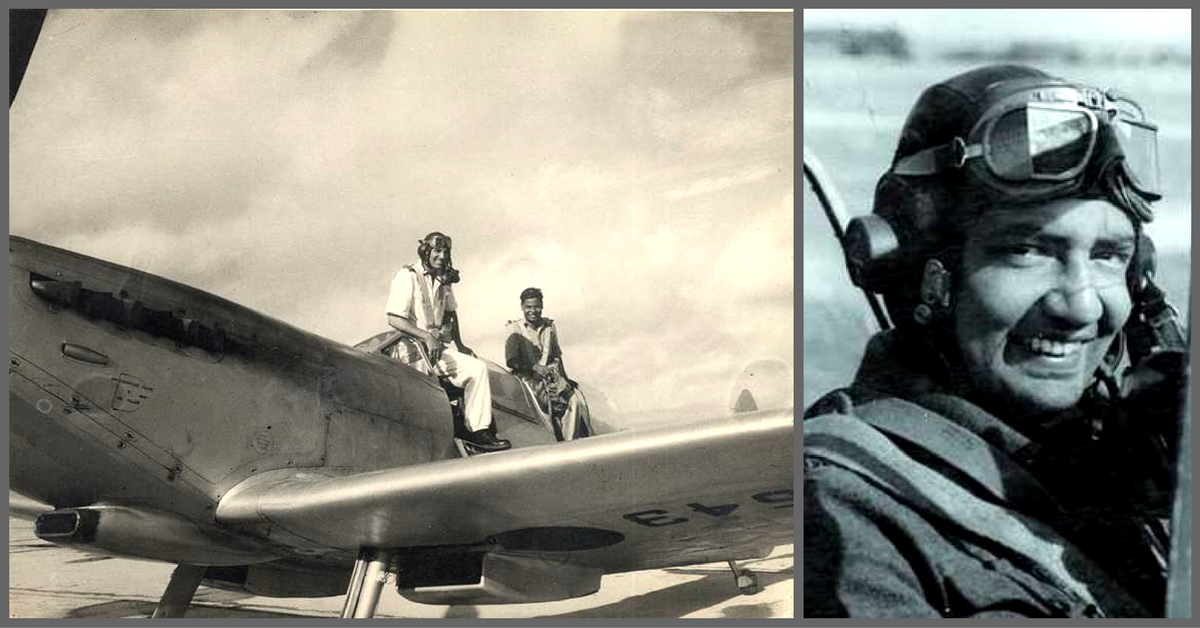 Around 84 years ago, an important event took place in the history of the Indian subcontinent that subtly, yet irrevocably, altered the dynamics of the relationship between British Raj and its subjects in colonial India. The event was the birth of the Indian Air Force (IAF) on the October 8, 1932. Although unheralded by any fanfare, the gazette notification that carried the announcement was a moment of great import. It embodied the hopes and aspirations of a subjugated nation that wished to prove that its youth were the equals, if not the betters, of their colonial rulers.

In 1930, six young men (Harish Chandra Sircar, Subroto Mukherjee, Amarjit Singh, Bhupendra Singh, Aizad Baksh Awan and T.N. Tandon) were sent to England to train as pilots at RAF Cranwell, while 29 were recruited from railway workshops in India to train as hawai sepoys or apprentice aircraft hands. This is the little known story of the legendary band of IAF men who were the earliest pioneers of military aviation in India.

The first squadron of the IAF, No.1 Squadron, was formed in 1932 equipped with just one Westland Wapiti (the British called this aircraft “what a pity”) aircraft. However, it was only in 1937 that the Indian pilots, who had by then familiarised themselves with flying rules and regulations, were sent on their first field operation in the North-West Frontier Province, where they proved their worth.

On September 3, 1939, in a landmark event, the IAF’s No.1 Squadron got its first Indian Commanding Officer, Subroto Mukherjee, and all British officers were withdrawn making it an all-Indian squadron for the first time.

It was in early 1942, during the Burma Campaign, that the IAF truly came of age. The Second World War had broken out, and the British, who were outwitted by the Japanese on the eastern war front, were left with no alternative but to draft the No.1 Squadron of the IAF into Burma (now Myanmar) to counter the invading Japanese forces.

In recognition of the services rendered by the IAF, the King of England prefixed “Royal” to the service. Thus, the IAF was known as RIAF until January 26, 1950, when India became a republic and the RIAF was reconverted to IAF.

One of the most remarkable stories of this historic campaign is of IAF engineer Harjinder Singh, whose wizardry at repairing and modifying planes was the stuff of legends. After having graduated as an engineer from the elite MacClaghan Engineering College in Lahore, Harjinder had signed on as a lowly Hawai Sepoy with the IAF.

During the Burma Campaign in World War II, Harjinder was a Warrant Officer in the IAF. A zealous nationalist, he wasn’t convinced that Indians should fight for the British. Once, when he was in the company of his Indian commanding officer, Squadron Leader Karun Krishna “Jumbo” Majumdar, Harjinder wondered out aloud:

“Why should we fight this war for the British?”

His commander, Jumbo, reasoned with him, saying,

“Harjinder, if we do not fight in this war for the damned British, we shall be nothing better than a flying club when the war ends. We must fight, and we must aim to expand the IAF while the going is good. After the war is won, India will be a Dominion, and we shall have to run our own Air Force.”

A little later, on February 1, 1942, Harjinder and Jumbo were with their squadron at the Royal Air Force base in Toungoo, Burma. The next day, the base was hit by a Japanese bombing raid. At that point of time, the British campaign was not going well and the talk about withdrawing from Burma had further brought down the morale of the pilots.

While the RAF was putting up a dispirited fight, IAF’s daredevil and unorthodox Commanding Officer, Jumbo, had a most audacious idea that he shared with his engineer. He wanted to bomb the Japanese air base with obsolete reconnaissance aircraft. Harjinder took up the challenge.

The IAF squadron also supported the Chinese army operations in the campaign. The squadron performed so well that in appreciation they were presented a “Gold Wing” by the Chinese – a rare honour indeed.

Jumbo’s plan worked – the heroic exploits of the Indian pilots at Kohima and Imphal were counted in aviation history as among the most effective counter-attacking aerial campaigns under siege conditions.

You May Like: The Forgotten Story of the First Indian Air Force Women Pilots Who Flew in the Kargil War Zone

While Jumbo became the first Indian pilot to be awarded the Distinguished Flying Cross in World War II for his exploits in Burma, Harjinder was awarded an MBE (Member of the Order of the British Empire) for his incredible effort and ingenuity.

It was a sweet revenge of sorts for the men — when they had first joined the IAF, they had received the most disappointing welcome message from Air Marshal Sir John Steele, the first chief of the IAF.

“Indians will not be able to fly or maintain military airplanes. That’s a man’s job,” Steele had said to the Indian members of the fledgling IAF.

Edwards is also involved in the resurrection of the IAF’s vintage flight and flies the refurbished Tiger Moth and Harvard of the IAF.

Harjinder Singh went on to have many firsts to his name – he was the first Indian NCO, Warrant Officer, Corporal, Flight Sergeant. More than five decades ago, he rolled out the first Indian made aircraft — the Avro 748 — from the Aircraft Manufacturing Depot at Kanpur in 1961. He continued to run a programme to design and build indigenous aircraft way till he retired as an Air Vice Marshal in 1964 (the Indian government abandoned the programme after he retired).

Also, the very talented aircraft engineer never forgot his dream of flying. Having spotted the wreck of a Spitfire in Kanpur, he completely restored and rebuilt the plane (with some help from Rolls Royce) and started flying it to all his meetings. In the 1950s, Harjinder finally underwent military pilot training from the IAF, and successfully got his wings, that too in his own Spitfire!

Post Independence, Harjinder and his fellow IAF pioneers gave up a life of ease and comfort to lay the foundations of India’s air force. Having given independent India an entire bomber fleet by cannibalising and restoring destroyed British and American planes, these men could well have been be the poster boys of the government’s ‘Make In India’ program.
As their first commanding officer in war (the 1937 North-West Frontier Province), Flight Lieutenant Cecil Bouchier. later recalled,

“The Indian Air Force is what it is today because of one thing only—the imagination, the courage, the loyalty of the first little pioneer band of Indian officers and airmen.”