Here's five Indian women in Science who broke stereotypes and shattered glass ceilings to walk among men so that others may run today.

When it comes to women in science, the pages of History often ignores the contribution of a prominent few whose exemplary contributions led to revolutionary discoveries. From being the first woman to hold a teaching position in a university to the first to earn a doctorate, these women have blazed the trail for thousands after them.

This International Women’s Day we celebrate these unsung Indian women in science:

Known for her immense contribution in the field of cancer research, Kamal Ranadive was one of India’s first woman cell biologists and scientists. She set up the first tissue culture lab in the country and shaped iconic institutions like the Indian Cancer Research Centre (ICRC) as well as the Experimental Biology Laboratory. Fondly called ‘Bai’ by students, Kamal was also the founder of the Indian Women Scientists’ Association (IWSA) which was shaped with a mission to bring more women into the field of science. IWSA is one of the top scientific associations in India today with more than 2,000 students.

Kamal, who worked to uproot malnutrition in tribal women and children post-retirement, received the Padma Bhushan in 1982. Born in a middle-class family in 1917, Asima Chatterjee was encouraged to pursue education in whichever field she liked — a privilege girls rarely received back then. She is the second woman in the country to gain a doctorate in science. Asima’s study on the Madagascar periwinkle plant contributed to the development of drugs used in chemotherapy to slow the growth of cancer cells. She also discovered that the fruits and bark of the bael tree could treat a variety of gastrointestinal disorders. She was a chemistry professor at Calcutta University and the first woman scientist to hold a position in any university in the country.

In 1975, she received the Padma Bhushan award and was elected as the General President of the Indian Science Congress Association. 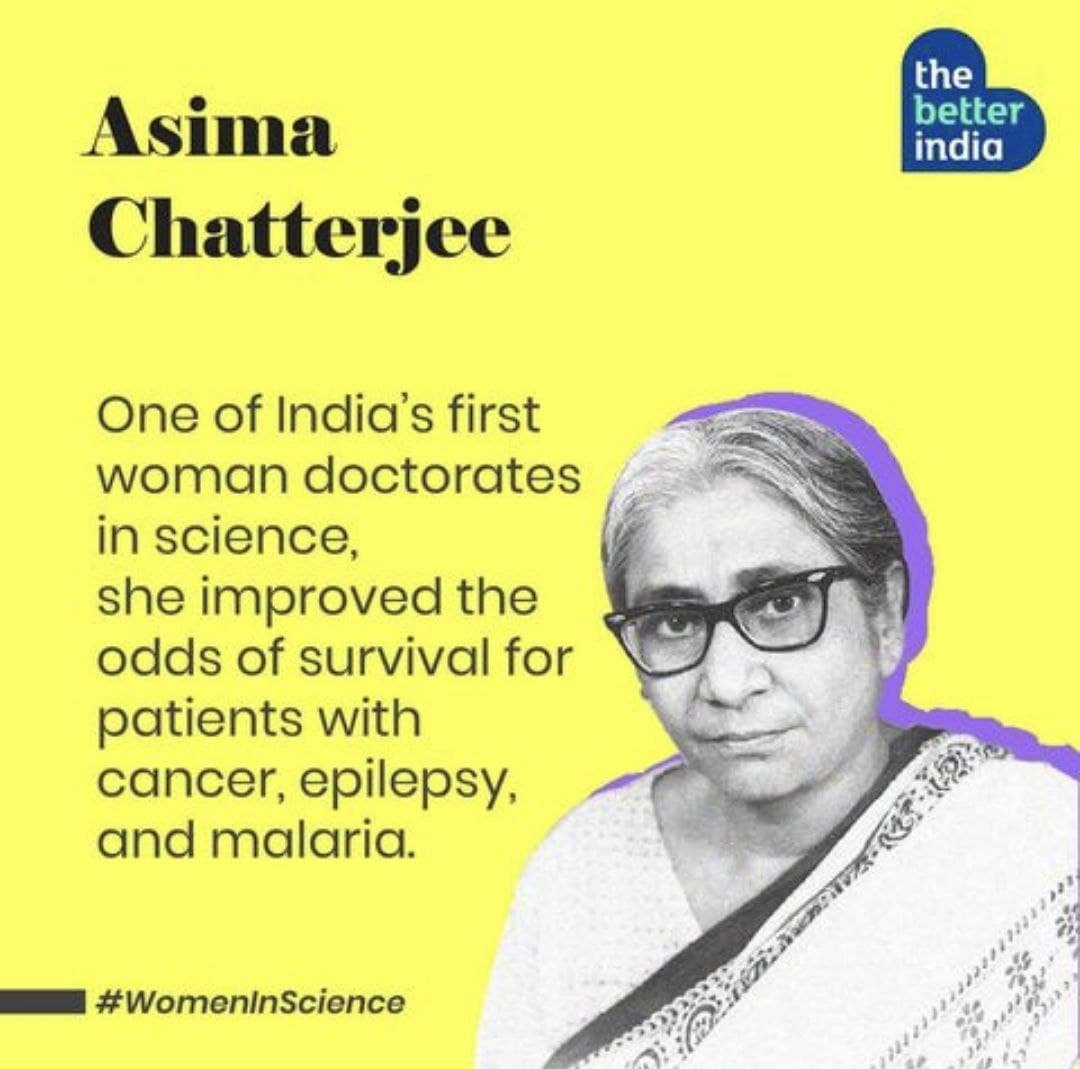 Bibha Chowdhury is arguably India’s first woman researcher. She was handpicked by Homi J Bhabha to join the newly established Tata Institute of Fundamental Research (TIFR) because she was the first in the world to discover a new subatomic particle, the pi-meson (pion). All through her life, Bibha was on a mission to discover the hitherto hypothetical cosmic ray particle but gave up only due to the lack of high-quality photo plates during World War II.

There has been no mention of awards given to this gritty woman. Until her death in 1991, Bibha tirelessly researched and was always a student. Janaki Ammal is India’s first PhD (Botany) holder, that too from one of America’s finest public universities. She is known for her studies on sugarcane and eggplant. The studies eventually contributed to improving sweetness in India’s sugarcane varieties. Janaki worked as an assistant cytologist at London’s premier John Innes Horticultural Institute. This Anglo-Indian was invited by then Prime Minister PM Jawaharlal Nehru to restructure the Botanical Survey of India (BSI). She passed away in the year of 1984 while working at her research lab.

Janaki is one of the first women scientists to receive the Padma Shri way back in 1977 for her immense contribution to the field of science. The first Indian woman to gain a PhD in Science, Kamala Sohonie was once turned down by Nobel laureate CV Raman as he felt no room for female students at the Indian Institute of Science (IISc). But due to multiple requests, she was admitted with some conditions.
Kamala, in 1936, completed her MSc degree with distinction and earned herself a research scholarship at UK’s prestigious Cambridge University. From the very next year, female students were unconditionally welcomed in IISc.

Kamala, who later became a premier biochemist at Cambridge, thus sowed the seeds for a silent revolution in the field of science in the country.