An incredible woman who left her mark in the world of biochemistry, Kamala Sohonie's story remains a landmark not just for Indian science, but for the women behind it too.

Underrepresented, underpaid and often unrecognised for their scientific achievements, women scientists across the world have been fighting gender bias for decades. In India, this bias was probably the worst during colonial rule, at a time when modern science education had just started in the country.

Social reformers like Ram Mohan Roy, Ishwar Chandra Vidyasagar and Savitribai Phule had been relentlessly campaigning to encourage education for girls, but opportunities for women to pursue further studies or a career in science were still very limited.

It was during this tumultuous phase of India’s history that Kamala Sohonie (nee Bhagvat) was born – on June 18, 1911, in Bombay. In time, she would not only go on to become the first Indian woman to get a Ph.D in a scientific discipline, she would also have a dazzling career as a premier biochemist at Cambridge. 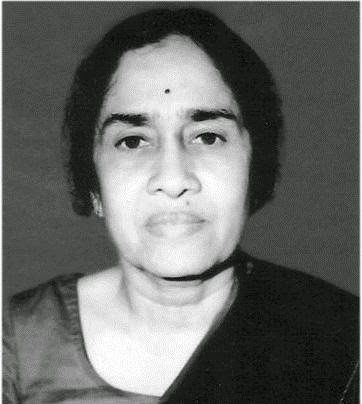 Kamala was born and brought up in a highly-educated family. Her father, Narayan Bhagvat, and her uncle, Madhavrao Bhagvat, were both among the first chemistry students to graduate from the prestigious Tata Institute of Sciences (now Indian Institute of Science) in Bangalore.

Little Kamala grew up admiring them and their love for science. So when she decided that she wanted to study chemistry too, it did not surprise anybody in her family. After finishing school at the top of her class, the hard-working girl followed the same path her father and uncle had taken – she enrolled herself in the BSc (Physics and Chemistry) course at the Bombay Presidency College.

After Kamala graduated with flying colours (she got the highest score in her batch), she applied for the masters course at IISc. Not only was it a “family tradition’ for her, it was an important step of her dream to become a successful scientist. At the time, IISc was headed by Prof. C. V. Raman (the first Asian Nobel laureate in Physics) and was considered the best institution in the country for scientific studies. An old photo of IISc

So it was a nasty shock for Kamala when she was denied admission to IISc. Though she had high marks in graduation, Raman refused to admit her only because she was a girl. Even when her father and uncle requested him to give her a chance, he reportedly replied saying “I am not going to take any girls in my institute!”

However, Kamala was made of stronger stuff and decided not to take the injustice lying down. Convinced that research in science was her calling, she took on the Nobel Laureate. She met him and demanded that he give reasons for his decision to deny her admission. She also challenged him that she would complete her course with distinction!

Initially, Raman ignored Kamala and her questions but when the young lady did not give up, he retracted his statement as he was unable to give a strong official justification to back his order. He agreed to give her admission but with certain conditions. These conditions were:

Twenty-two-year-old Kamala accepted it all to be able to study at IISc, but she was deeply hurt by this incident. During a felicitation function organised by Indian Women Scientists’ Association (IWSA), she publicly said:

“Though Raman was a great scientist, he was very narrow-minded. I can never forget the way he treated me just because I was a woman. This was a great insult to me. The bias against women was so bad at that time. What can one expect if even a Nobel laureate behaves in such a manner?”

During her time at IISc, Kamala threw her heart and soul into her work. She found a teacher who would leave a lasting impression on her life, M Sreenivasayya. One of the pioneers of microbiological research in India, Sreenivasayya was a strict and demanding teacher but he always made time to encourage and support students.

Under him, Kamala worked on proteins in milk, pulses and legumes (a subject that had important implications for nutritional practices in India). Such was her dedication to her work that it convinced Raman that women could excel in scientific research.

In 1936, Kamala submitted her research, completed her MSc degree with distinction and earned herself a research scholarship at UK’s prestigious Cambridge University. Next year, Raman opened the doors of IISc for female students. A silent revolution had been fought and won. In 1937, Kamala arrived in UK where she joined the group of the renowned neurochemist, Derek Richter, at Cambridge’s Biochemical and Physiological Laboratory. After Richter left to work elsewhere, she joined the research lab of Robin Hill.

Her work here impressed the scientists so much that they suggested she apply for a fellowship to work at the famed laboratory of Fredrick G Hopkins. A Nobel Laureate, Hopkins landmark discovery about the importance of vitamins in diet had revolutionized knowledge about nutrition. Kamala applied, won the fellowship and joined the Hopkins lab in 1939.

The next few years were the golden phase of Kamala’s entire career. Encouraged by Hopkins, less than 16 months after arriving at the university, she submitted a thesis describing her finding of cytochrome C in respiration of plant tissue for her PhD degree.

Her remarkable thesis was unconventional in many ways – it had only 40 pages, unlike the ‘normal ones’ which contained hundreds – but it impressed the review committee and Kamala became the first Indian woman to receive a doctorate in Science.

By this time, Kamala had started receiving excellent offers from US pharma companies but she chose to return to India in 1939. An ardent follower of Mahatma Gandhi, she wanted to help in the nationalist struggle against British rule.

After a short stint at Delhi’s Lady Hardinge Medical College, Kamala joined as Assistant Director of the Nutrition Research Lab in Coonoor where she conducted research into the role of vitamins in nutrition. Around this time, Kamala married M V. Sohonie, an actuary by profession, and moved to Mumbai in 1947.

The government of Maharashtra had recently opened a Biochemistry Department at Bombay’s Institute of Science and they selected Kamala for the post of Professor of Biochemistry. During her tenure at the Institute of Science, she worked on neera (a popular drink made from sweet palm nectar, legumes and rice flour) and how it could meet the nutritional needs of Indians, particularly of the poor.

Kamala found that neera contained sizable amounts of vitamins and iron that would be retained even if the drink was made into jaggery and molasses to increase shelf life. This discovery laid the groundwork for using jaggery and molasses as an affordable dietary supplement for malnourished children and pregnant women.

She also became an advisor to Bombay’s Aarey Milk Project Factory and developed a protocol that prevented the curdling of milk. For her exemplary work, she was honoured with the the Rashtrapati Award and later became the director of the Institute of Science. Scientist Derek Richter, proud of his ex-student, famously exclaimed, “She has made history.”

Kamala was also a prolific science writer and published a good number of books in Marathi for young students. Besides these, she wrote several papers on consumers’ rights and was the founder member of Consumer Guidance Society of India (CGSI). Founded by nine women in 1966, CGSI was the earliest consumer protection organisation in India.

Kamala retired in 1969 and passed away in 1998 after collapsing at an event held by Indian Council of Medical Research to felicitate her. With her passing, India lost an incredible woman who didn’t let anything stop her from fulfilling her dream of spending her life in the pursuit of science.

Also Read: Anna Mani Is One of India’s Greatest Woman Scientists. Yet You Probably Haven’t Heard Her Story