“If we donate water, its impact lasts for four hours. Food lasts for about 72 hours. But if we donate education, the impact is felt for generations to come,” says Nishita Rajput, one of India’s many daughters who used the values and education they grew up with to help uplift the community at large.

The 29-year-old has transformed the lives of 34,500 girls with access to education, food and employment while helping their families become self-sufficient.

“When I was a child, my father would take me to the streets of Vadodara and we would feed the homeless who had no one to look after them. Similarly, I would watch him help orphaned children with food, education and shelter every now and then,” she tells The Better India.

After completing her graduation, she went on to pursue her Masters in Human Resources and acquired a Post Graduate Diploma in Corporate Social Responsibility (PGDCSR).

In 2010, when an incident occurred during her vacation from college, she was quick and equipped to respond to it.

“I was home during the time and saw our domestic help bring in her daughter to work. As it turned out, she used to take her to help with work in order to be able to earn more. The girl was around 14 years old, but couldn’t even read the time. She had no theoretical knowledge or life skills. I was aware that this wasn’t a rare occurrence. So I decided to do something about girls’ education,” Nishita recalls.

She felt that every girl had basic knowledge, it would at the least ensure that they weren’t cheated or left behind as an adult in the real world. She convinced the mother to allow her to support the girl’s education. “Fortunately, my father was a big supporter of the cause,” she says.

She soon identified 150 more girls from the impoverished communities her family had been helping for years, and kickstarted her initiative on a large scale.

For their education, Nishta has collaborated with over 140 local schools like Maharani School, RNK Padya High School and Sri Vidyalaya that run on a non-profit basis. This means that the annual fee charged for the underprivileged kids does not exceed Rs 10,000 a month.

Instead of playing the messiah, Nishita decided to be a mediator of the change.

“I wanted to ensure that girls like my domestic help’s daughter get to complete their education. So I decided to contact everyone around me to donate funds that could help with the numerous fees,” she says.

She shares that the task, as noble as it sounds, was not at all easy. The main challenge she faced was to convince people to give away their money for a girl they had never met in their life.

“Their concern was valid, but I had to find a way around it,” she says, and adds that this prompted her to come up with a 100 per cent transparent process of transaction.

Bold measures for a big impact

Nishita and her father have set up a system where each transaction is handled by them personally.

“We only accept account payee cheques from the donors, each of which is cut in the name of the school. From thereon, they receive the bio data and performance mark sheets of the girl they’re helping,” Nishtha reveals.

This means that each benefactor knows whom they’re paying for and what impact it is creating in the student’s life. The mark sheets are not only a confirmation of their money being used on education, but also a marker of the girl’s performance in school.

Amidst the flurry of managing all ends, Nishta might not have bothered to keep digitised data. But according to her estimates, she has been able to raise Rs 3.80 crore from donors till now.

She and her father receive about 30 cheques daily, she says. Most of the donors have become recurrent benefactors after seeing the results of their charity.

Despite this support, many parents still found it difficult to change their ways of life.

Nishita says, “Often, they would get careless about their daughter’s education and give up mid year. The only solution to this was accountability. Funds had begun coming in in large sums, so we decided to pay the entire year’s fee for each child in one go to ensure she remained enrolled in school.”

Naturally, there were also parents who were grateful for the education their children were receiving.

Chandrika Goswami and her husband, who is an auto rickshaw driver, heard of Nishita’s work some seven years ago while they were in dire straits. “We went to her for help and she immediately took up the case of both my children,” she says. Chandrika has a son who is in Class 10 and a daughter, Devanshi, who recently completed Class 12.

Like her, Nishita is currently supporting over 5,000 girls and a few boys for their entire schooling, while others she helps as per their need. 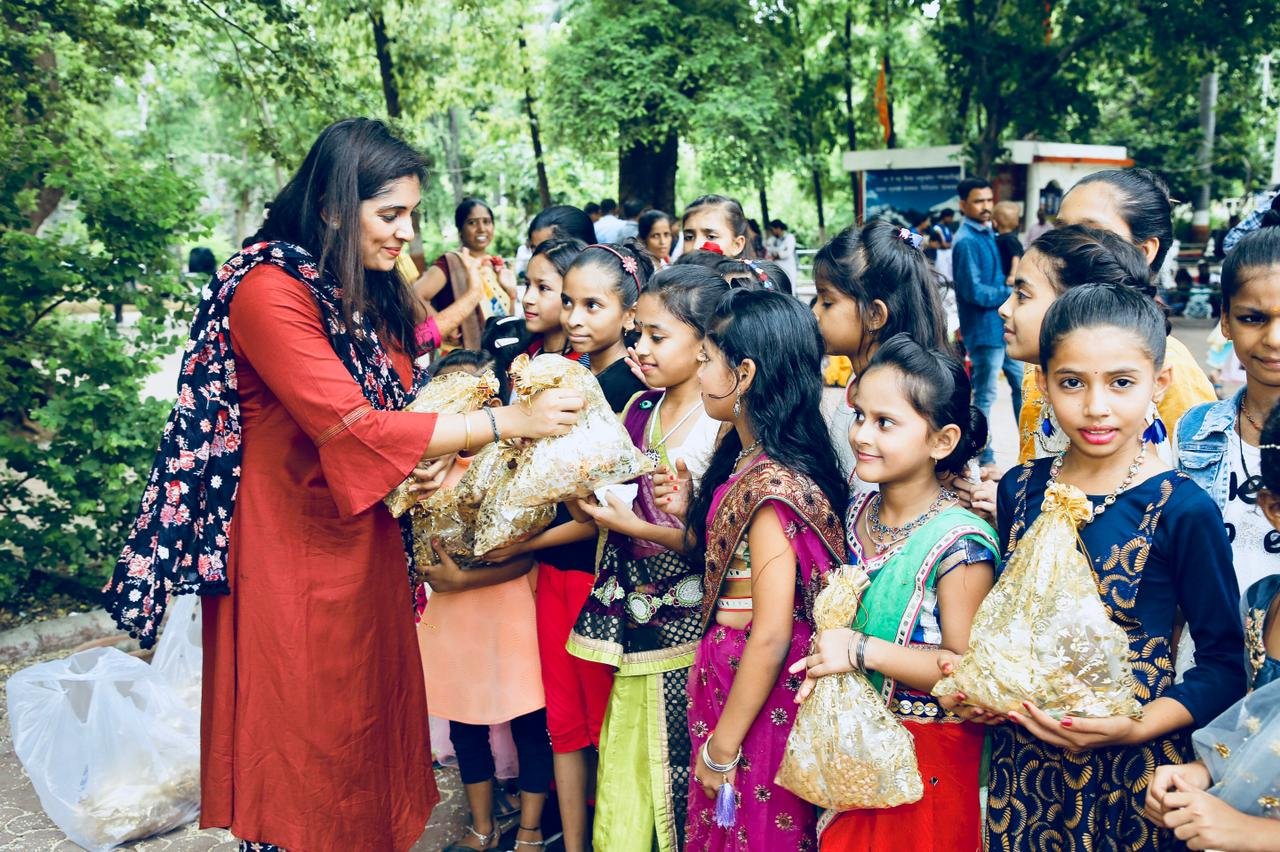 “We provided many women with sewing machines so they could earn for themselves and support their children. For others, we started a cloud tiffin service network where we connect underprivileged women with customers looking for home cooked food,” she says.

Upon being asked about the impact of the pandemic on her operations, she reveals that donations slimmed as people began losing their own incomes.

“Thankfully, we were able to collect enough funds to pay for the children we have under us permanently. We also distributed ration kits to middle class families,” she adds.

As Nishita shares her journey with us, she is taken back to a day at the project’s incipient stage. Upon hearing about her plan, she was posed with an obvious question then — “Till when can you keep this haphazard operation running?”

“Well, it’s been 11 years, and I only see more and more girls learning every day. There is no dearth of willing donors, and the eagerness of the children is limitless,” she answers.