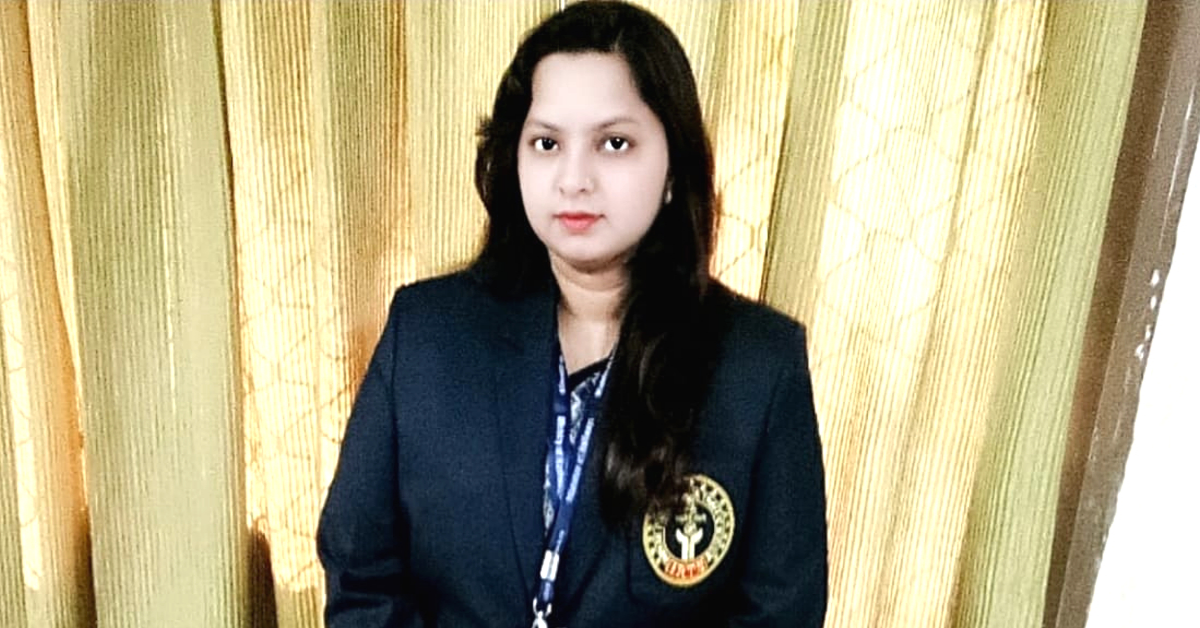 “We were four siblings and making ends meet with my father’s salary was not at all easy. I studied in a school that was around 15 km away from my home and travelled everyday by various modes; which included walking.”

In 2017, 990 candidates from across India cracked the famed Civil Service Examination (CSE). One amongst them was 26-year-old, Sheerat Fatima, a resident of Allahabad. Juggling a job of a primary school teacher and preparing for the exam at the same time, Sheerat’s journey to passing the exam, and her plans for a re-attempt speak of a strong and determined woman.

Try something unique this Diwali, get this refined sugar-free til ke ladoo.

Where it all began?

It was Abdul Gani Siddiqui, Sheerat’s father who dreamt of seeing his daughter as an IAS officer. “When I was growing up, my father often took me to the government office, where he worked as an accountant. He pointed to the lal-batti (red-light) car and say that he hoped to see me in it someday,” smiles Sheerat.

It wasn’t easy though, “We were four siblings and making ends meet with my father’s salary was not at all easy. I studied in a school that was around 15 km away from my home and travelled everyday by various modes; which included walking.”

Being the eldest sibling, there were a lot of responsibilities that fell on Sheerat’s shoulder.

“In an attempt to help out the family financially, I took up the job of a primary school teacher after getting my Basic Training Certificate from the District Institute of Education and Training Allahabad,” she says.

A teacher by day, a student by night

Speaking about how she managed to study and juggle her job, she says, “When you make up your mind about something you realise that nothing else matters – I was just focused on the end goal, which for me was the civil services.”

While her father was extremely supportive and encouraging, Sheerat also attributes her success to her mother and siblings. “They would never let me do any housework, they always ensured I was comfortable and in a good frame of mind to continue studying,” shares Sheerat.

Sheerat left her home for school each morning by 6.30 AM and by around 3 PM she would be home. Recollecting those days, she says, “When in school, I could not even think of studying. I was a primary school teacher and was almost always surrounded by young children.”

With young children demanding all of her energies, she would recharge her batteries with a two-hour afternoon nap at home daily.

“My mother always sent food up to my room, I would finish that and just go to sleep. After two hours of sleep, I would wake up feeling energised and ready to study. I would then stay up until 1 AM each morning, studying and completing the syllabus I had set out for the day,” she says.

During her first attempt the school granted her 20 days leave. “They weren’t even sure of whether I would qualify and perhaps didn’t want to waste those days. Despite all this, I lost out in the prelims by just a few marks and that instilled confidence in not just me but also others around me,” shares Sheerat.

In her successful attempt in 2017, Sheerat utilised the summer break fully for her preparation.

Ten days after the Mains in 2017, Sheerat got engaged. “Within a month and a half of that I was married. Barely twelve days after my wedding, the results were announced and I had to start preparing for the interview. I was lucky to have a very supportive husband and in-laws,” she says.

Within three days of appearing for the interview, the results were declared and Sheerat managed to get a rank of 810 from the list of 990 candidates. It was most certainly a dream come true, more so, for her father.

“I do plan to appear for the examinations once again to better my score. I am confident of being able to do it,” Sheerat concludes the interview with her plans for the future.