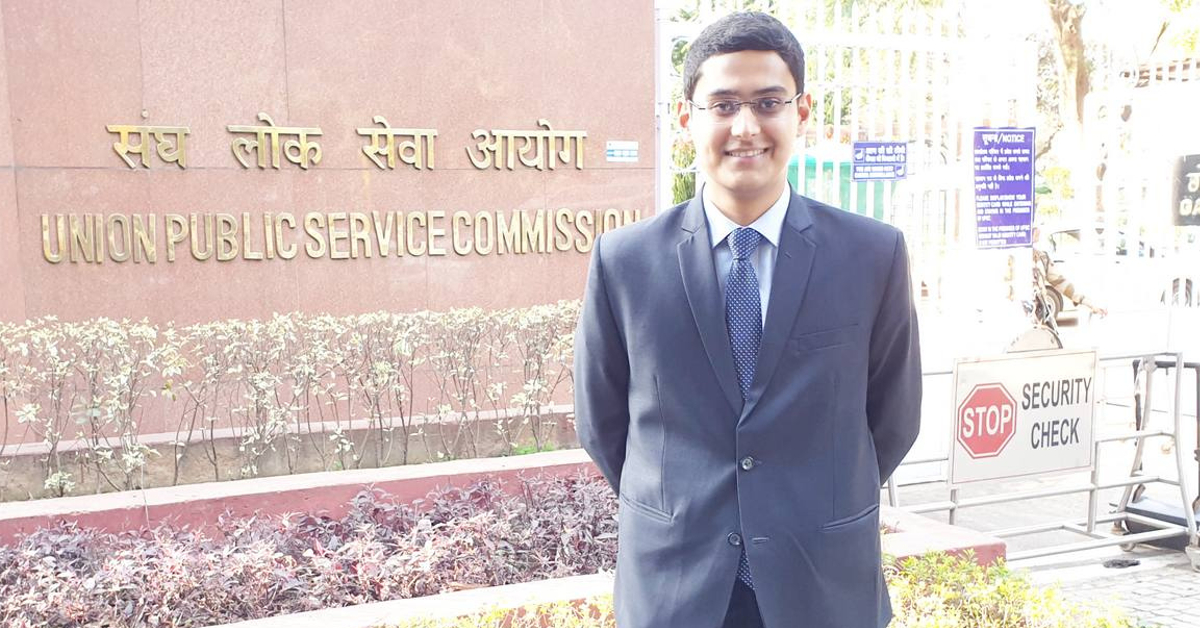 “One of the mistakes I made was in essay preparation, or rather the lack of preparation. While I did attempt essays before the examination, I did not join any test series for it specifically.”

The Union Public Service Commission’s (UPSC) Civil Services Exam (CSE) has some interesting statistics. Not only does it have the lowest success rates, only one among 10 candidates can hope to crack this tough examination. And at the age of 22, Priyank Kishore, AIR 274, is one of those who managed to clear the CSE in his first attempt in 2018 and without coaching!

Looking to spruce up your home this festive season? Why not get this Handspun Natural Jute Boucle Rug with Border right here.

In this article, UPSC topper, Priyank talks of his strategy, the mistakes he made and the solutions that worked for him. Priyank, who holds a B.Com honors from Ramjas College, went on to pursue a post-graduate degree from Delhi School of Economics (DSE) where its world-class library facility helped him prepare better.

When asked what inspired him to take up CSE, he answers, “I drew inspiration from my father who is Deputy Superintendent Police, Hazaribagh, Jharkhand. I would say the seeds were sown by him.”

Talking about the mistakes he made during the preparation time, Priyank informs, “One of the mistakes I made was in essay preparation, or rather the lack of preparation. While I did attempt essays before the examination, I did not join any test series for it specifically.” Priyank mentions that he often turned to friends and peers to evaluate and give feedback on the essays he worked on. He feels that getting professional advice on his essays would have helped a lot.

Priyank goes on to speak about the limited space aspirants get in their question-cum-answer booklets and how one should approach that.

“Given that I usually write in a large font, the space that is provided in the answer sheet was a challenge, to begin with. I found it difficult to write 150 words in the given space,” shares Priyank. It was with rigorous practice that he was able to fit in about 135 to 140 words in the answer sheet. He urges aspirants to be mindful of this aspect.

Best way to approach the questions in the UPSC mains?

While each aspirant has their own method of writing answers, Priyank shares his methodology of answering in bullet points. “I ensured that the introduction and the conclusion were written in paragraph format. The body of the answer I put down in bullet points. This helped me keep track of what I was writing and also made it easy for the examiner to read.”

Priyank also says that in case an aspirant feels that there is not much content for a given question, they should avoid the bullet points format. “Follow it only if you have adequate content, otherwise the lack of substance in your answer may frustrate the examiner,” he advises.

Speaking specifically about the essay, Priyank says, “I suggest all aspirants to prepare drafts of at least 15 to 20 essays. The draft should be like a mind map covering important dimensions you are planning to add in your essay. You can go through Mrunals list of essays to get an idea of the topics you need to prepare in advance.”

Sharing his views on candidates who have taken repeated attempts, Priyank says, “If you have made three serious attempts, you should take a break, work on your career and then come back and take the exam with greater determination and renewed energy. If not, take a step back and analyse where you have been going wrong.”

He continues, “If General Studies is holding you back, seek professional guidance. You may also need to update your notes. If optionals are holding you back despite you putting in your best, consider a change of Optional subject. A new optional can be studied like a novice, and a novice always reads better than a seasoned player.”

Priyank chose Commerce and Accountancy as his optionals as these were his subjects during graduation and post-graduation. He does recommend that aspirants choose these only if they have either appeared for the CA examination or studied it in their graduation/post graduation level.

“But more than all of this, work on your Emotional Quotient. This exam is a matter of bouncing back when you are at your lowest,” suggests Priyank.

CSE is a game of patience and perseverance. Mind maps, crisp notes and continuously updating your current affairs help to an enormous extent. In addition, learning the ropes of writing clear, concise essays and answers with substance aid in improving rank.

Be mindful of these pointers and best of luck for your preparations!

Also Read: How to Ace the UPSC Interview? 5 Toppers Share Tips That Worked For Them!