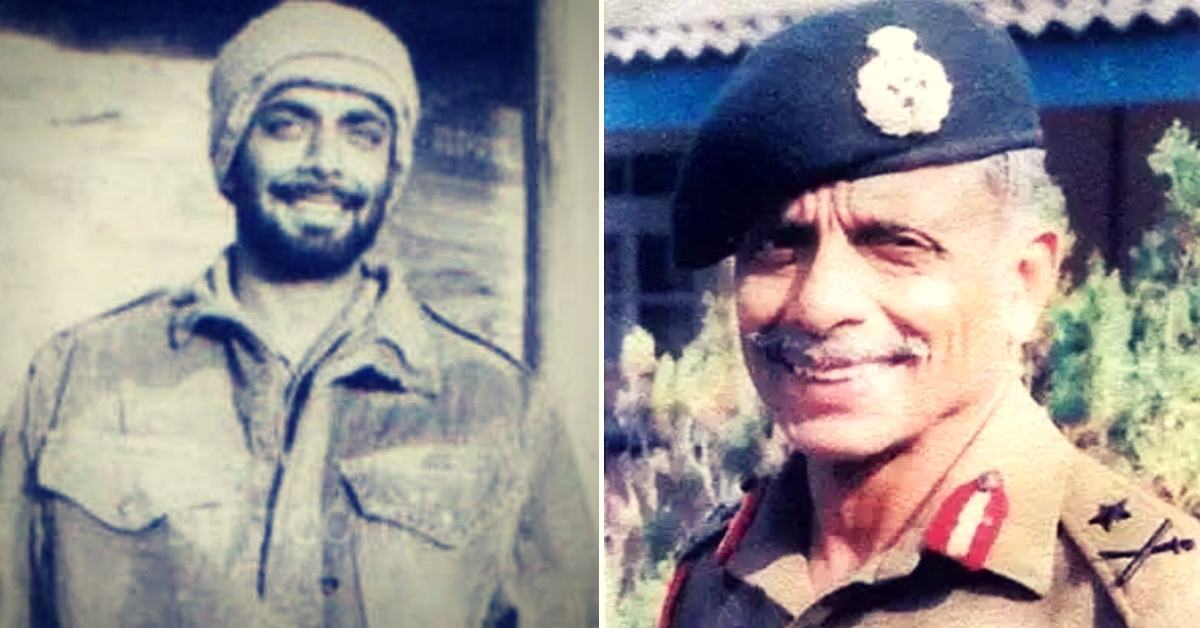 We salute “Cartoos Sahib,’ whose fearlessness and commitment to duty is not just legendary but also unparalleled in the history of the Indian armed forces.

Several extraordinary war tales have undoubtedly emerged from the battle of Sylhet; from both the Indian and Bangladeshi fronts. However, nothing will come close to the bravado of Major General Ian Cardozo, who amputated his own leg after stepping on a landmine.

The year was 1971 and India was waging war with Pakistan to help expedite the liberation of Bangladesh. While his battalion, the 4/5 Gorkha Rifles was deployed in what was then East Pakistan, Major General Cardozo (who was a Major at that time) was enrolled in a course at the Defence Services Staff College in Wellington, Tamil Nadu.

Following the death of the officer who was the second-in-command of the battalion, an immediate replacement was to be found, and the concerned officials zeroed in on Major Cardozo. His posting was cancelled, and he was ordered to leave immediately.

His timely arrival was of immense help to the battalion, which was severely short on manpower. Through a swift military offensive that lasted only 13 days, India successfully defeated Pakistan and liberated Bangladesh.

It was during this time that the Major earned the nickname ‘Cartoos Sahib,’ as the soldiers in his battalion couldn’t pronounce his name!

This was also the war that witnessed Indian Army’s first-ever heliborne operation. In fact, the battalion of only 480 men charted history when they accepted the surrender of about 1,500 men that included three Brigadiers, a full Colonel, 107 officers, 219 Junior Commissioned Officers (JCO), and 7,000 troops from the Pakistan Army!

After the fall of Dhaka, when the Indian Army was rounding up the prisoners of war (POWs), Major Cardozo, who had gone to help the BSF commander in charge of the count, met with an accident that would change his life forever—he stepped on a landmine, and lost most of his leg in the resulting blast.

A part of his leg which had remained attached to his body, could not be amputated surgically because due to the extensive war wreckage, no form of medical anaesthesia or surgical equipment was available.

There was no time to waste, so he asked the doctor on duty to cut off the leg. Due to the lack of equipment, the doctor refused to perform the task, which prompted the Major to order his sahayak (orderly) to amputate his leg with his own khukri.

When he too refused, Cardozo cut it off himself and dispassionately said, “Now go and bury it.”

It was Major Mohammad Basheer, a captured Pakistani Army Surgeon, who operated on Cardozo.

This incident would have meant the end of field duty for any other officer, but Major Cardozo was not going to be demoted to staff duty, and allow the impairment take control of his life. He valiantly fought for the commander’s position and even surpassed the ‘two-legged’ officers during the intense physical fitness examination.

History was created when he went to become the first war-disabled Army officer to command not just a battalion but also a brigade. For the uninitiated, a brigade in the army is typically composed of three to six battalions plus supporting elements.

And it wasn’t a cakewalk. Despite acing the fitness test, the medical officers didn’t clear Major Cardozo, so he took his case to General Tapishwar Raina, the then Chief of Army Staff. Impressed by Cardozo’s resilience, the General asked him to accompany him to Ladakh.

Upon observing that Major Cardozo could easily walk through the sturdy mountains with the snow hardly affecting him, the General personally recommended that the Major command a battalion. The incident repeated itself when Major Cardozo motioned for the brigade commander’s position, and emerged victorious once again. He reasoned that if he was capable of commanding a battalion, so should he be capable of commanding a brigade.

Thanks to Major General Cardozo, three other army officers later went to become army commanders. In fact, one of the officers, who was a double amputee, went on to become the Vice Chief.

After retirement, Major General Cardozo served as the Chairman of Rehabilitation Council of India from 2005 to 2011. A recipient of military decorations like the Ati Vishisht Seva Medal (AVSM) and the Sena Medal (SM), the 81-year-old currently resides in New Delhi with his wife, Priscilla and has three sons.

You may also like: #ForgottenHeroes: An Ode To The Only UN Peacekeeper Awarded The Param Vir Chakra!

We salute “Cartoos Sahib,’ the 1971 war veteran, whose fearlessness and commitment to duty is not just legendary but also unparalleled in the history of the Indian armed forces.