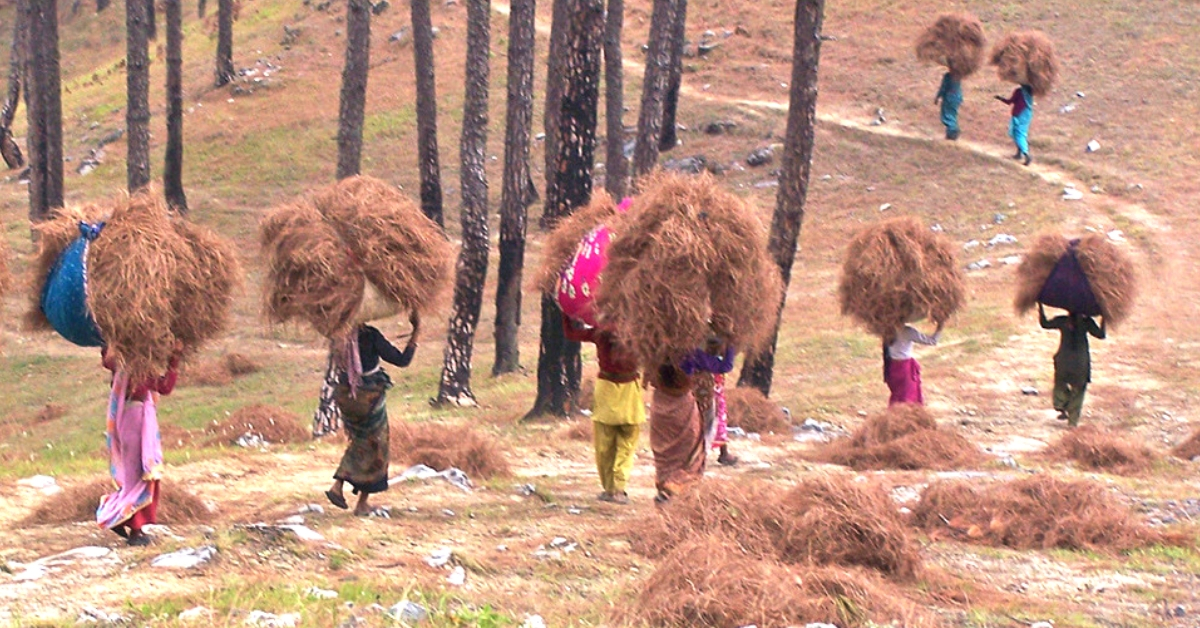 Locals collecting pine needles on the ground. (Source: Energy for All)

A low-cost heating solution for cold winters, this innovation is also less harmful to the environment in comparison to wood or coal! #IIT #Innovation

Pine needles have resulted in massive forest fires in the Himalayan region of Himachal Pradesh over the past three years. These forest fires, assisted by the fact that pine needles decompose very slowly and are highly inflammable, are causing irreparable harm to the local environment and biodiversity.

Fortunately, researchers at the Indian Institute of Technology (IIT) in Mandi, have found a way to address these concerns by collecting the once waste, yet pure, pine needles, and using them alongside other biomass sources to manufacture briquettes and pellets which residents can use for heating purposes during cold winters.

“These briquettes provide more heat at a low cost and are less harmful to the environment in comparison to wood or coal. In many small- and large-scale industries, the briquettes can be used as a fuel in place of wood and coal. It can also be used to cook even food,” said Dr Arti Kashyap, Principal Project Investigator at the institute’s Centre for Uplifting Himalayan Livelihood, in a conversation with The Tribune.

“The centre has set up its own briquette and pellet production plant on the IIT-Mandi campus. The Government of Himachal Pradesh has announced a subsidy of 50 % up to 25 lakhs for one unit on capital expense for a pine needle-based plant. This assistance can be obtained by giving a letter [to] the office of the Regional Forest Officer,” she added.

However, these efforts are a part of saving this eco-sensitive region from the dangers of pine needles, and it’s imperative that citizens, government and those with the necessary technical expertise find other means of finding solutions. Moreover, this isn’t the first instance of locals using pine needles for biomass production.