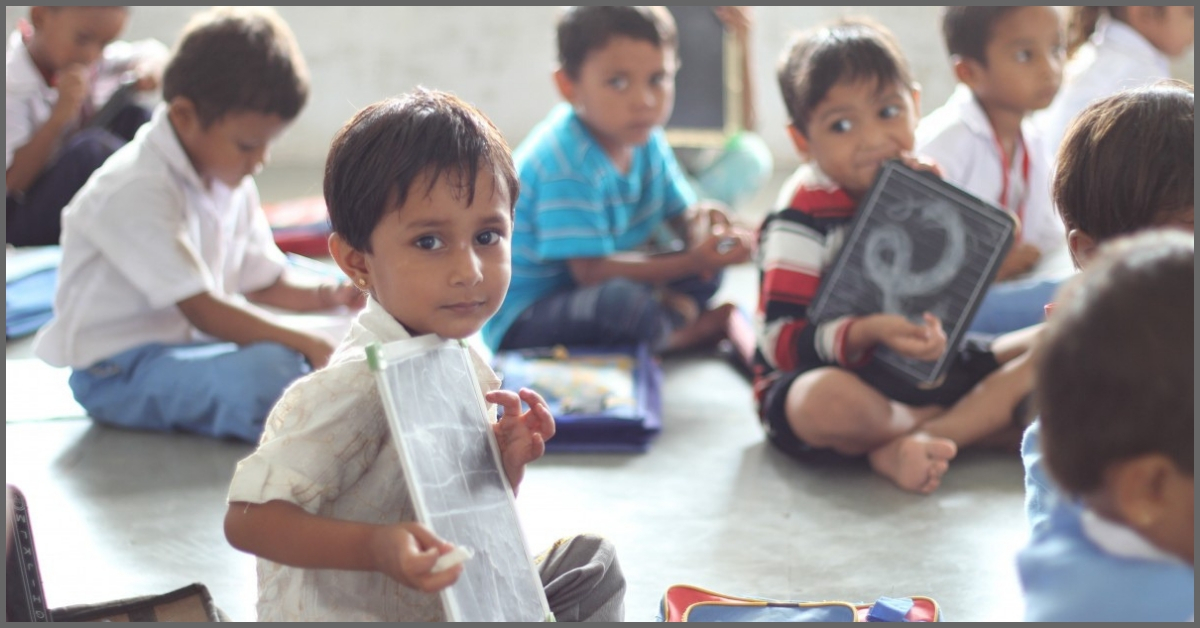 The students run around 12 batches, and teach some 500 children from bastis around the campus.

At the heart of one of our most holy cities, near one of its oldest campuses and its post popular temples, a revolution of good will is stirring.

And driving it, are some of the city’s youngest and most hopeful.

“We’re all from Varanasi, and we’re members of the TTF foundation. We started this in 2013. It was a coincidence of sorts; we were going through some difficulties of our own, and it occurred to us that we should work with children less fortunate than us. And so, we began here in this park, with a group of four,” an earnest Yajat tells us.

With all its political attention and place of honour on the religious tourism map, Varanasi district suffers from many of the same poor development indicators that its home state does, including infrastructure.

Picture for representation only. Source: PxHere

While aspects of urban planning that affect the income from tourism have changed over the last few years – airports, roads, cruises down the Ganges – the story of the most marginalised of the city’s residents is not so glamorous.

Varanasi district has an average literacy rate of 70%, but its male-female literacy rates are quite disparate, well below the national average. Further, the quality of state education leaves much to be desired.

The enrollment of girls, according to the 2017-17 DISE data, is still barely half that of boys; Scheduled Caste enrollment in primary school is still a dismal 21%.

Also Read: Why Teaching is More Than a Career: A Scholar’s Experiences in Uttar Pradesh

News reports as recent as 2017 stated that UP, despite having the highest population of primary and upper primary school-going children in the country, had the lowest attendance rates and learning outcomes. And the state boasts of some 4,000 elementary schools for close to 50 million children.

Thus, the initiative and commitment of a student group to work on the education of the city’s out-of-school or underprivileged children is commendable. Moreover, the energy that the group exudes is infectious.

TTF (‘Try to Fight’) has expanded to 1,000 children over the past five years, who graduate students like Yajat and his friend, Ayush. The students run around 12 batches, and teach some 500 children from bastis around the campus. They have a Facebook page now, with a tight, 2,000-member community.

“Most of the children come from very poor, underprivileged families. Many are children of ragpickers who come to the park early in the morning to sort waste. Others attend government schools, but their level of learning is really poor, and so they come to us,” explains Ayush.

The group operates as a loose organisation, but it is self-funded. “We ask people to donate anything they can, 100 rupees or less, so we can continue this work,” says Ayush. He continues, “But mostly, it’s our pocket money that we pool together to buy books and so on for the kids. When we begin working, we will give part of our salaries for the work.”

In the cloud of mistrust and corruption that surrounds funding for NGOs, especially in Uttar Pradesh, these young changemakers come across as remarkably sorted about the way forward.

Ayush and Yajat are surrounded by a motley bunch of children of various ages. Most apparent is the air of familiarity around them.

A shy Komal Valmiki admits that she paints really well now, and her art was appreciated by no less than the Prime Minister on a recent visit.

Muskan Prajapati, a confident young lady, explains how children who don’t manage to get much help with their schoolwork at home can come here to study, and interact with kids of different ages. “I want to be able to study further and do good work, but also to be able to come back and teach other kids who don’t have the resources to do so,” she beams.

Yajat admits that he is motivated by the kids and the transformation he sees in them. “Children who were addicted to drugs are now regulars here, with their additions forgotten. Those who could barely read Hindi are speaking English. We want them to be able to strengthen their education, go back to school if they’ve left, but also that kids continue education beyond school and make us proud,” his easy charm exudes a confidence that this will happen.

You May Also Like: ‘Who Will Look After The Goats?’: How a 9-YO Girl Battled All Odds For Education

His friend and colleague, Ayush, is more pragmatic. He concludes, “My dream is to try and set up a shelter home for these kids, like a hostel where they can stay and study.”