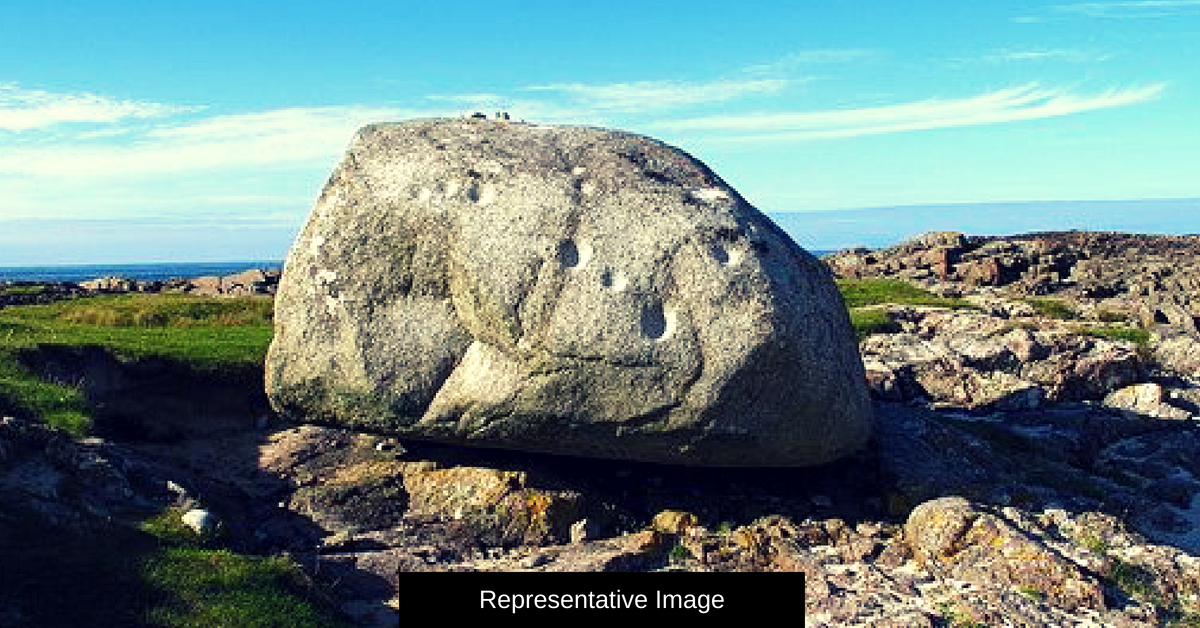 The team found that the ancient rock had 98 cupules that made ringing sounds upon being struck.

Did you know that rocks could compose melodious and soothing musical notes? Interestingly, Lithophones have been around since the dawn of human civilisation, and the oldest known specimen is from the Devonian Age, 350 million years ago!

Closer home, ancient Indians were considered musical connoisseurs for their esoteric implementation of man-made Lithophones as an architectural element. The best examples of this include the Nellaiappar temple (8th century) in Tirunelveli, Vijaya Vittala temple (15th century) in Hampi, Madurai Meenakshi temple (16th century) and Suchindram Thanumalayan temple (17th century); all of which have musical pillars.

However, the discovery of a 2,500-year-old lithophone in Anjetti, an isolated village in Krishnagiri district opens up a whole lot of mysteries!

The team found that the ancient rock had 98 cupules that made ringing sounds upon being struck. “The sound was similar to the one when two metals are struck. The ringing ability of the rocks is due to its acoustic nature,” said Murugan, who had previously documented hero stones in Krishnagiri and Dharmapuri, to The Times of India.

Cupules are circular man-made hollows on the surface of a rock or a rock slab as defined by archaeologists. To this date, it has not been understood why ancient man created such depressions.

You may also like: ASI Finds Copper-Bronze Age Chariots, Tombs in UP Village, Calls It ‘Path-Breaking’!

“Perhaps they were somehow related to mother goddesses of the now-defunct fertility cult of the ancient people, for whom megaliths were temples apart from burials or memorials. If that is the case, chances are this may be a female or goddess stone. The engravings seem to indicate that it may belong to a period prior to the Iron Age or Chalcolithic period,” said Subhashis Das, Kolkata-based senior labyrinth expert.

According to Srikumar Menon of Bengaluru’s National Institute of Science, this is an important discovery from the Megalithic era.

The team intends to study the area further with the help of carbon dating, as many megalithic monuments, dolmens, cairn circles as well as a ruined labyrinth have been unearthed in abundance in Anjetti.