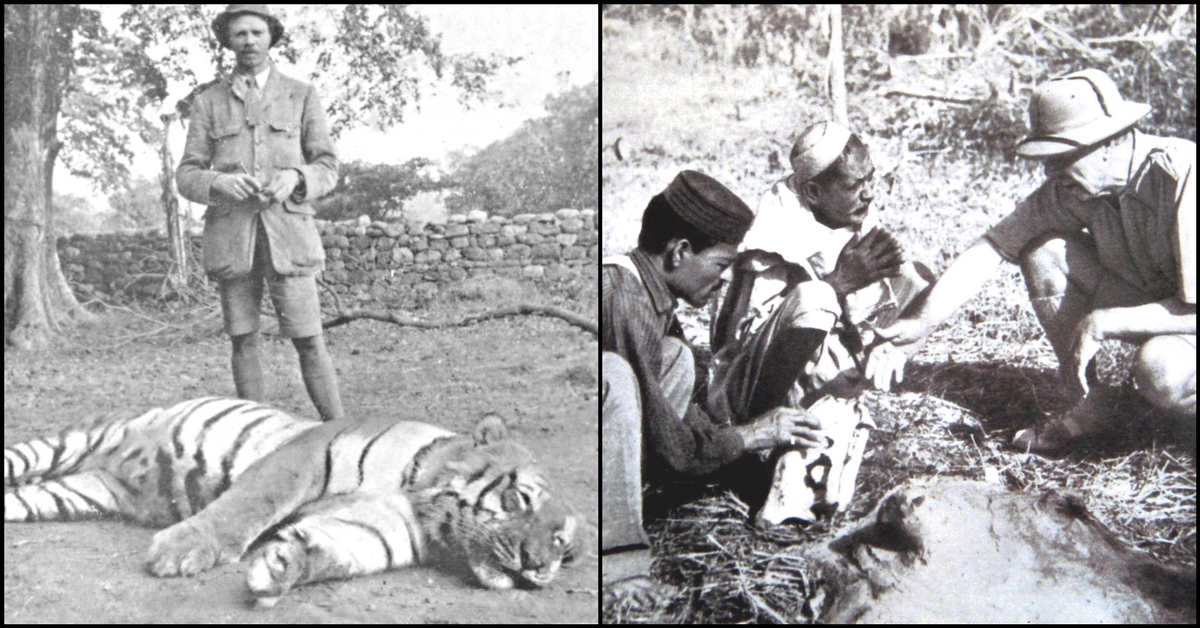 If you happen to visit villages near the jungles of Nainital, you will hear one name above all others, quite prominently- Corbett.

Walking in villages near the Jim Corbett National Park in Nainital district of Uttarakhand, will take you to an unimaginable realm. Surrounded by lush Himalayan trees on all sides, the villages are home to thousands of birds and animals that live in harmony with humans.

Villages like Chhoti Haldwani live with a completely different understanding of forests and wild animals from the mainstream narrative. For these villagers, the forests are a part of their lives. They enter these dense jungles and roam with wild animals on an everyday basis.

To them, the jungle is their home, a connection very few of us can genuinely understand.

If you happen to visit villages near the jungles of Nainital, you will hear one name above all others, quite prominently. Edward James Corbett or Jim Corbett as we know him was a hunter turned conservationist who was no less than a blessing for the then inhabitants of Nainital.

Here are a few reasons why ‘Carpet Sahib’ was such a respected British official in the Kumaoni hills:

A strong protector of local villagers:

“It is of these people, who are admittedly poor, and who are often described as ‘India’s starving millions’, among whom I have lived and whom I love, that I shall endeavor to tell in the pages of this book, which I humbly dedicate to my friends, the poor of India.”- E.J Corbett.

Corbett was born in Nainital and dedicated his life to these forests. His book, Man-Eaters of Kumaon gives a detailed description of the kind of menace these big cats posed for the villagers. Quite often, men, women and children were attacked by tigers and leopards in the middle of the forest.

At times, these big cats were only protecting their young ones and saw groups of humans as threats. But at times, they were on the hunt, and humans were easy prey. Corbett helped villagers hunt down such ‘man-eaters’, one at a time.

He would often enter the forest with a guard or two, wait patiently at the spot where the cat was seen, and hunt it with efficiency.

No doubt, this took a lot of risks but Corbett did what he had to – to protect the villagers he admired so much.

Not just a hunter:

To the villagers living in the British Era, he was a noble teacher who taught them about animal behaviour. These lessons taught people what to expect when an animal made a certain movement, when animals were most likely to attack, and what spots they should be extra cautious.

The Great Wall of Chhoti Haldwani:

There is one another special gift that Corbett gave the village of Chhoti Haldwani near Nainital- one that is useful even today, decades after he left the forest.

One of the most serious problems the village faced was the intrusion of tigers near their homes. Although big cats and other animals are free to wander and don’t always attack humans, the villagers had experienced quite a few attacks.

To put an end to this problem while still maintaining a harmonious man-animal relationship, Corbett built a huge, long wall surrounding Chhoti Haldwani. This 5-foot high wall that stretched for 5 kilometres served as a buffer between tiger territory and human territory.

Built in the year 1925, this wall is still working wonders in restricting attacks by big cats on the human population today – without killing either cats or humans.

“Although big cats (have) killed a few bovines, no villager (of Chhoti Haldwani) was ever killed or injured by a tiger or leopard,” Trilok Singh, a local of Chhoti Haldwani told Hindustan Times.

A crusader for animal rights:

In his free time, when Corbett was in his summer house in Nainital, he would discuss the importance of natural heritage with school children. Even in the 19th century, he was aware of the necessity of conserving nature.

You may also like: Protected Area Update: A Go-To Guide for India’s Wildlife Sanctuaries and Wildlife National Parks

We can attribute the formation of India’s first ever National Sanctuary to this noble conservationist. What is today called the Jim Corbett National Park was founded as Hailey National Park by Corbett. In 1957, the park was renamed to honour Jim Corbett.

What a legacy to leave behind, Mr Corbett!