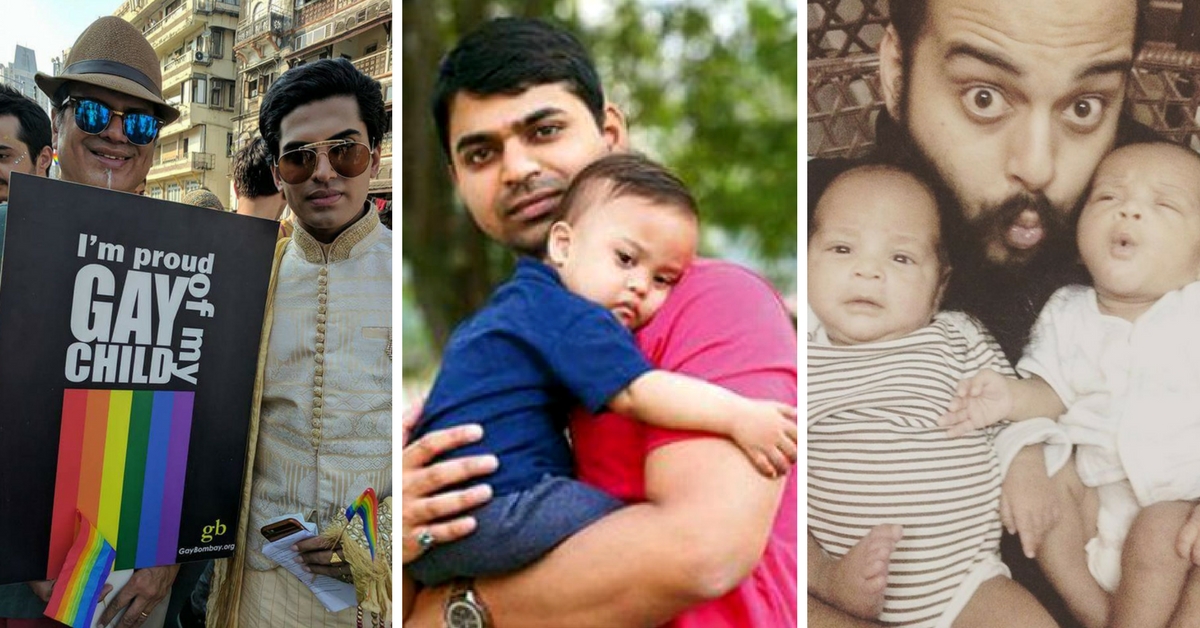 A change in the narrative of father being only the breadwinner is strongly emerging—in the form of dads who are setting an example through active involvement in their kids’ lives.

This article is sponsored by Flipkart.

From guiding tiny, fumbling steps to helping make pivotal decisions, the role of a parent in a child’s life is as noticeable as the Sun’s role in a plant’s life.

But while a mother has always been celebrated as the epitome of unconditional love since time immemorial, little has been written or showcased when it comes to appreciating the decisive role a father has in shaping the course of his child’s life.

To a large extent, cinema and advertisements have cultivated society’s outlook about what, conventionally, should be the role of parents—father being the breadwinner of the family, while the dutiful mother remains at home to take care of the children and the household.

Over the years, however, a change in the narrative is strongly emerging—in the form of fathers who have stepped out of these societal constructs and are setting an example through their active involvement in their kids’ lives.

Be it a father who chose to take care of the children while his wife went to work or one who single-handedly took care of his child; there are many heartrending stories of fathers who have broken the glass ceiling by just one definitive, yet straightforward step—their unfaltering support and involvement!

To highlight the amazing work being done by fathers like these, Flipkart is celebrating India’s Penguin Dads. What does that mean?

Penguin Dads are the animal kingdom’s most dedicated dads. These fathers take turns to care for their children along with the mother. They take on an equal share of parenting responsibilities and participate in their kid’s life right from helping give birth until it is old enough to be on its own.

Similarly, modern-day dads have evolved from being just the providers to taking on the role of caregivers as well. These are dads who choose to make time, show love and be there. Here’s a video to celebrate these Penguin Dads and appreciate their actions:

With every diaper changed, with every lullaby sung, with every PTA attended, a #PenguinDad is born. Watch to know who they are, and why there's never been a time better than now, to celebrate them!

Posted by Flipkart on Wednesday, February 28, 2018

And here are three amazing stories of do-it-all, Penguin dads from India who have shown that the contribution of a father in moulding a kid’s future is as important as that of a mother:

From an unplanned pregnancy to the sudden delivery of his twins, everything had been unexpected for Lahar Joshi, who shut down his branding and advertising firm, PinkElephant in 2015 to shoulder the full-time responsibility of the baby boys, Ryu and Thorin.

In a complete case of role-reversal of parenting, Lahar chose to stay at home while his wife Rutuma Wadkar went to work. His decision to do so was met with a myriad of reactions—from ridicule and doubt to surprise and respect, Lahar has seen and heard it all. But he found great support from his father and aims to form a similar kind of rapport with his fast-growing pack.

Lahar believes that fatherhood has been a learning curve that has not only changed his perspective on everything in life now but also more importantly made him a better person.

“I don’t think I’ve done anything extraordinary by choosing to stand by my son in his life’s greatest decision. As parents, we must support our children because if we don’t then who will,” says Pradeep.

When his son Sushant had come out to Pradeep and his wife, Bharati, the father had only one question, “Is it a fad or you are completely sure about this?”

When his son affirmed his orientation, Pradeep embraced his son’s homosexuality with open arms and since then has been the strongest pillar of support in Sushant’s life. In fact, Pradeep is amongst the proud parents who attend the Pride March held in Mumbai every year to show his support to not just the LGBTQ+ community but also to fellow parents to embrace their kids’ diversity wholeheartedly.

“My son is gay, and I’m proud”, was the message on the placard that Pradeep carried in the first year.

Only few days after his birth, Binny’s parents surrendered him to an orphanage after discovering he had Down’s syndrome. While Binny might have been rejected by his birth parents, one young man from Indore did everything he could so that he could adopt the little one!

In 2014, when Aditya Tiwari met Binny for the first time, his heart melted upon knowing his story. Aditya wanted to give him all the love he never received from his parents. However, Aditya hadn’t yet reached the legal age of 30, neither was he married to adopt a child according to Indian legalities.

Nevertheless, he volunteered to take care of Binny’s expenses and used to spend time with the child regularly. Things came to a standstill when Aditya was told that Binny had been taken away for adoption and he should stop pursuing him. Furious, Aditya set forth on a yearlong journey that would involve hundreds of emails, letters and faxes to concerned departments and an unfaltering resilience to bring Binny back home.

With the help of Maneka Gandhi, the Central Adoption Resource Authority (CARA) and the Collector of Indore, life turned for Aditya on January 1, 2016, when he became the youngest single parent in India to adopt a child, rechristening Binny as Avnish.

Kudos to these fathers and their exemplary lives.