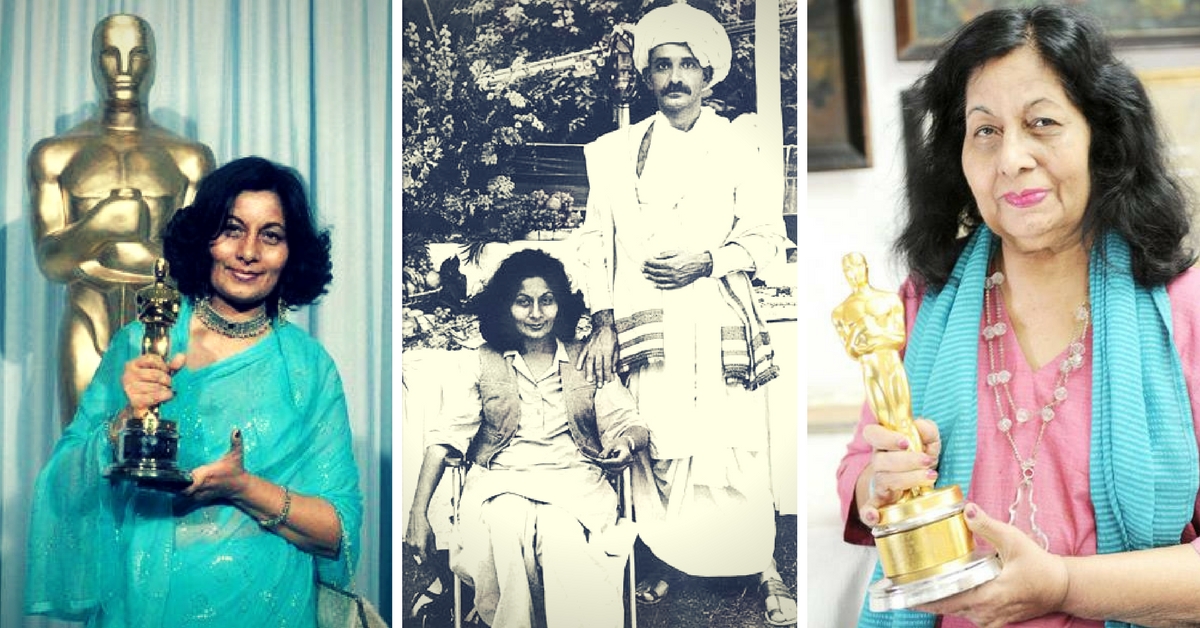 Bhanu Athaiya had made her foray into Bollywood as a costume designer for Guru Dutt’s film C.I.D in 1956 and went on to become the revered doyenne of Indian film costume designers.

When AR Rahman, Gulzar and Resul Pookutty had won the coveted Academy Award for the movie Slumdog Millionaire in 2009, the country had staked a claim upon the British film as one of its own and left no stone unturned to celebrate the historic achievement, believing that the Indian Oscar dream had finally been realised.

However, unknown to many, the first Indian to ever receive an Oscar had been Bhanu Athaiya, a costume designer, way back in 1983 for the movie Gandhi, Lord Richard Attenborough’s magnum opus.

Bhanu held the prestigious distinction for 26 years before the Slumdog Millionaire crew stole the show.

Here’s everything you need to know about the revered doyenne of Indian film costume designers and her illustrious filmography spanning five decades and 130 films:

1. Born on 28 April 1929, Bhanumati Annasaheb Rajopadhye hailed from Kolhapur, Maharashtra, and her father Annasaheb was a painter.

2. With artistic flair in her blood, Bhanu’s tryst with art began at an early age and soon after completing her schooling, she pursued a degree in fine arts at Mumbai’s Sir JJ School of Art and graduated with quite literally flying colours and a gold medal.

3. Shortly after, Bhanu started off as a freelance fashion illustrator and worked for various women’s magazines in Mumbai, including the popular magazine, ‘Eve’s Weekly.’

4. It was when the magazine’s editor opened her own boutique and broached the idea of costume designing with Bhanu that the young lady took to designing clothes and discovered that she had an affinity for the profession.

5. Her designs found a rising popularity, and even actors began coming to Bhanu for her costumes. Encouraged by the momentum, Bhanu decided to enter Bollywood and made her foray into the filmdom as a costume designer for Guru Dutt’s film C.I.D in 1956 and went on to design the outfits of actors in all the films made under the Dutt banner. Some of her iconic works under this period include Pyaasa, Chaudhvin Ka Chand, and Saheb Biwi Aur Ghulam.

6. Bhanu’s hour of fame came in 1983, when she won the Oscar along with her British counterpart John Mollo for costume design in the great biopic Gandhi. To this date, she continues to be the only Indian woman to have won the Academy award.

You may also like: From Wonder Woman to Dark Knight, Meet the Indian Woman Making Waves in Hollywood

7. Her work in films like Lekin (1991) and Lagaan: Once Upon a Time in India (2001) fetched the talented designer two National awards. The last film for which she worked as a costume designer was the 2004 film Swades.

8. In 2010, she published her book ‘The Art of Costume Design,’ which sheds light upon Bhanu’s pioneering vision that helped shape some landmark Indian film costumes, set the fashion trend of the 1960s and 70s, and won Indian cinema the highest acclaim in the international arena.