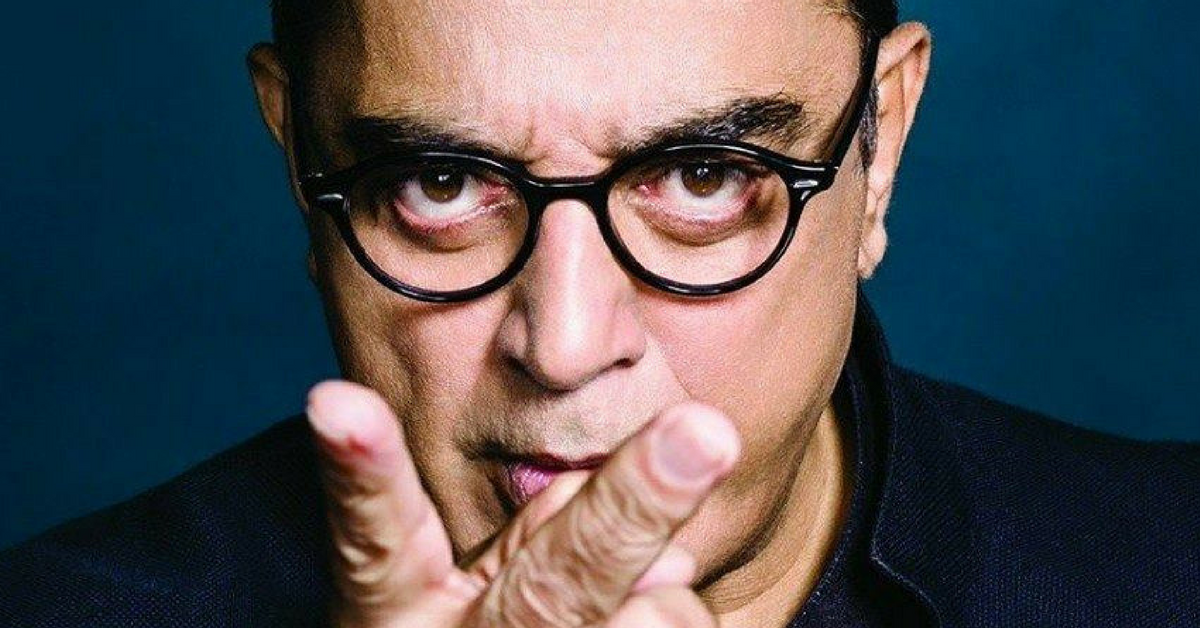 Many of this actors movies courted controversy even before their release.

Kamal Haasan is undoubtedly one of Indian cinema’s most versatile actors. With several Oscar nominations, and multiple other awards from India and abroad, this actor par excellence is also a very vociferous social commentator.

With the formation of his political party – Makkal Needhi Maiam (People’s Justice Centre), this 64-year-old is all set to take on a new role. Kamal has never been one to care about his ‘image’.

He has always spoken his mind – albeit leading him to controversies.

For those who follow the politics in Tamil Nadu, you will know that the state has had a long tradition of film personalities moving over from the celluloid world to politics.

In this article, we look at all the times that Kamal broke the mould and took a chance. He’s not called ‘controversies favourite child’ for nothing.

Released in the year 2000, this national-award winning film is perhaps Kamal’s most ambitious projects. This film was a fictional take on Mahatma Gandhi’s assassination and the events that led to the same. This partition-era drama also starred Shah Rukh Khan and Rani Mukherjee.

This movie faced the ire of several outfits who felt that the film showed Gandhi in a bad light.

However, the controversies did not affect the film’s credibility or the acclaim it received. ‘Hey Ram’ went to win three National awards and was also the official entry for the Oscars that year.

Released in 1992, this blockbuster also starring Shivaji Ganesan, received massive critical acclaim as well as brickbats for portraying the Thevar community as a violent group.

For a state that is steeped in caste politics, this movie sure did ruffle some feathers.

This film went on to win five National Awards, including one for Best Feature Film in Tamil. Kamal also received the award as producer of the film.

Released in 2004, this movie ran into controversy even before its release. Another directorial venture of Kamal Haasan, it was initially titled Sandiyar, meaning rogue or anti-social. Some groups felt that Kamal was trying to glorify such criminals with a film.

Disruptions to the shooting led to Kamal changing the title to Virumaandi. Again, this film was a huge hit and won immense critical acclaim, also earning cult status.

Released in 2013, this was perhaps the most prominent movie controversy that Kamal had to deal with. Muslims believed that this movie showed them in poor light and agitated against its release.

There were demands for a ban on the film and movie theatres were vandalised even before the release of the film. The government gave in to pressure and kept postponing the film’s release.

This also led to an infuriated Kamal threatening to leave the country, never to come back again as there was no creative freedom in India. Finally, after much speculation, Viswaroopam was released.

Released in 2008, this was one of those movies talked about intensely even before its release. There was much excitement at seeing Kamal portray ten different characters. Like the other movies, this one also courted controversy before its release.

The Vishwa Hindu Parishad objected to the manner in which the clash between Saivism and Vaishnavism was portrayed in the film. This film bagged the State awards eventually.

Let’s hope that Kamal’s foray into politics remains free from controversy and trouble.

You May Also Like: Four Reasons Why You Absolutely Must Watch Newton, India’s Candidate for the Oscars