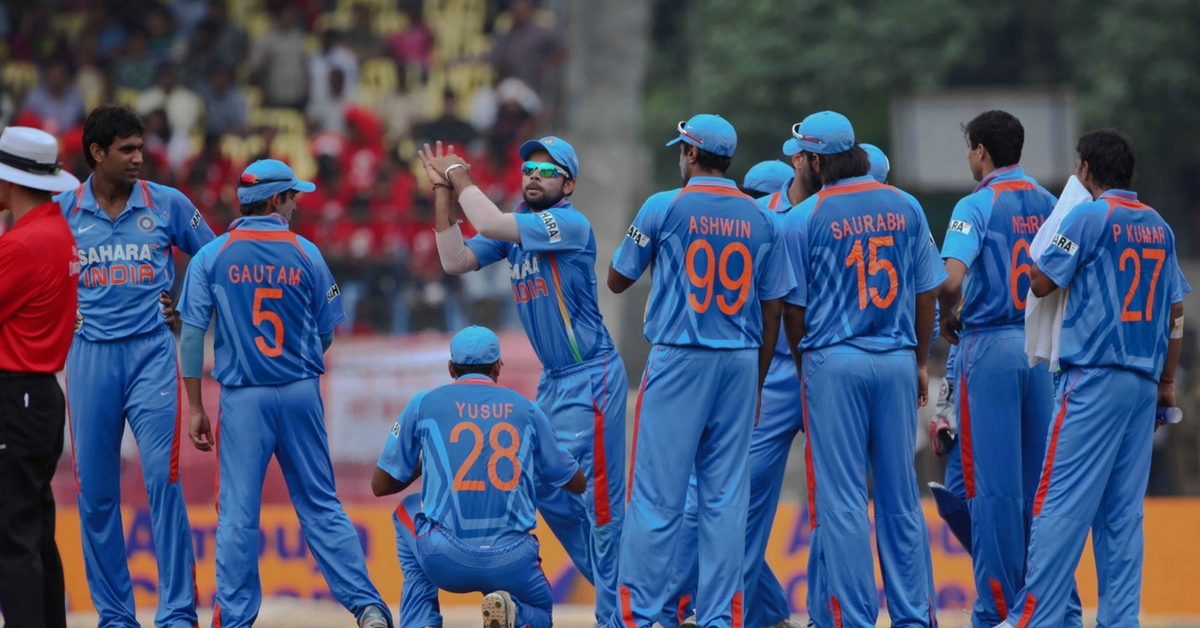 Five cricket personalities have been reported to officially apply, to run the race for the title of the Indian Cricket team coach.

After Anil Kumble’s exit, the names of top five applicants have come to the forefront. Five cricket personalities have been reported to officially apply, to run the race for the title of the Indian Cricket team coach.

Five cricket personalities have been reported to officially apply, to run the race for the title of the Indian Cricket team coach.

Former Indian cricketer and captain of India (and social media maverick!) Virender Sehwag tops the list for the Indian Team Coach picks. Popular as one of the most destructive batsmen of the game, he was appointed mentor to Kings XI Punjab in IPL last year, which was his first coaching stint.

In 2009, Sehwag became the only Indian to be honoured as the Wisden Leading Cricketer in the World for his performance in 2008, subsequently becoming the first player of any nationality to retain the award till 2009. He holds multiple records including the highest score made by an Indian in Test cricket (319 against South Africa at M. A. Chidambaram Stadium in Chennai), which was also the fastest triple century in the history of international cricket (reached 300 off only 278 balls).

“The fact that a player of Sehwag’s stature has applied gives enough indication that everything is not right in the Indian dressing room. Sehwag will only apply when he knows that he is a serious contender for the top job,” NDTV reported.

Tom Moody is a former Australian cricketer and former coach of the Sri Lankan cricket team. He applied for the Indian coaching post twice before his third attempt this year. He lost the opportunity to Greg Chappell in 2005 and Anil Kumble last year. His playing career ended in 2000-01. Moody, a two-time world cup winner, was appointed director of cricket at Worcestershire before taking over as Sri Lanka coach in May 2005.

He led the Sri Lankan team to the 2007 World Cup Finals and returned home to coach Western Australia. In 2013, Moody was appointed coach of Sunrisers Hyderabad and led the team’s victory in 2016. Moody was also Director of Cricket in the Caribbean Premier League in 2014 and currently enjoys the post of director of cricket for the BBL team Melbourne Renegades.

The English-born cricket coach, coached the Pakistan and Bangladesh national teams, and currently serves as the Director of Cricket for the West Indies Cricket Board.

When injuries marked the end his playing career, Pybus turned to coaching. He achieved exemplary success as a young coach. He has won trophies with Titans and Cape Cobras in South Africa and has led Pakistan to the 1999 World Cup Finale.

Pybus was Bangladesh’s coach in 2012 but resigned five months later over a tussle in his contract.

He is a former Indian cricketer who currently coaches the Afghan national team.

Rajput played in two Test series and four ODIs from 1985 to 1987. After the conclusion of his playing career he served as manager of the Indian national team when they won the inaugural World T20 in 2007. He has also held administrative positions with the Mumbai Cricket Association.

The current Afghan cricket coach has seen successful coaching stints with the India under-19 and A teams. He also coached the Mumbai side in the Ranji Trophy and served Mumbai Indians in the first season of the IPL. Like Moody, he applied for the Indian coaching job last year but did not make it. But he is all set to put up a good fight this year.

Dodda Ganesh is a former Indian cricketer who played in 4 Test series and one ODI in 1997. Currently perceived as the underdog in the popular five-member list, he has currently applied for the post of head coach of the Indian Cricket team and is waiting for the interview.

His coaching career follows a four-year stint with Goa from 2012, coaching the National Cricket Academy’s under-16 and under-19 sides, and currently the under-16 NCA team in Nagaland for a camp. He also coached students at the school level in England.

Ganesh has seen success in his current role as senior selector of Karnataka. He is credited to be a part of the committee that picked teams which won titles – Ranji Trophy, Irani Trophy and Vijay Hazare Trophy – for two successive seasons at a domestic level.

As the gentlemen gear up for one of their most exciting chases, all we want to say is, “Let the best man win!”