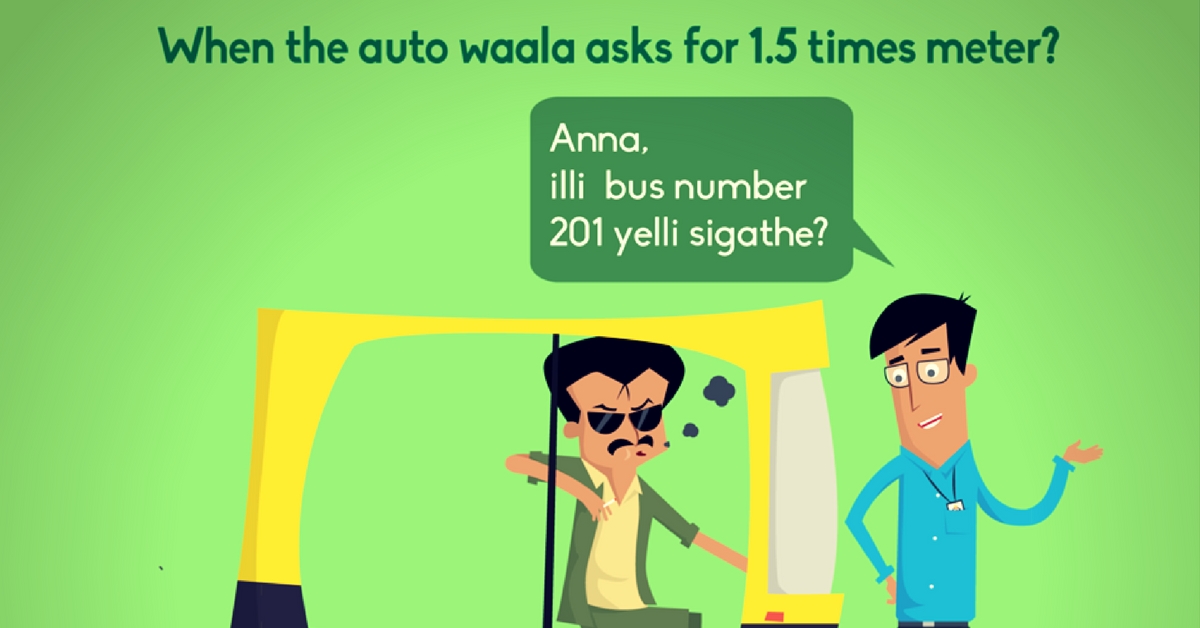 Bengaluru is a melting pot of cultures, in that people from across the country come to the city to call it home. Be it for work or studies or sometimes even because of its weather, nearly every other person you meet in the city is likely to be from some other state in India.

And given that learning a new language can seem like a daunting prospect for a lot of people, one of the most commonly used phrases in Bengaluru happens to be “Kannada gothilla,” which translates to “I don’t know Kannada.”

In order to help acquaint people with the language, Wildbeez, a visual content creation agency based out of the city, has come out with a series of hilarious posters that depict life in the Garden City. The album, which the company has uploaded on Facebook, is cheekily titled #KannadaGottu (I know Kannada).

As to what the inspired the team, Jatin Rastogi, the managing director of Wildbeez, notes, “As outsiders staying in Bangalore for many years, we have admired the locals for being so warm and welcoming towards everyone who comes to the city. To reciprocate to the same, our team of designers have created a series of posters based on funny situations that every Bangalorean faces being in the city.”

Below are some of the posters

Translation: I’m asking for the rent price; I’m not trying to purchase it.

Translation: Brother, at least drop me till the police station.

Translation: Now I got to know where she got her good looks from.

Translation: Boss, I saw the change in your bag!

Translation: I have a pooja (prayer) at home.