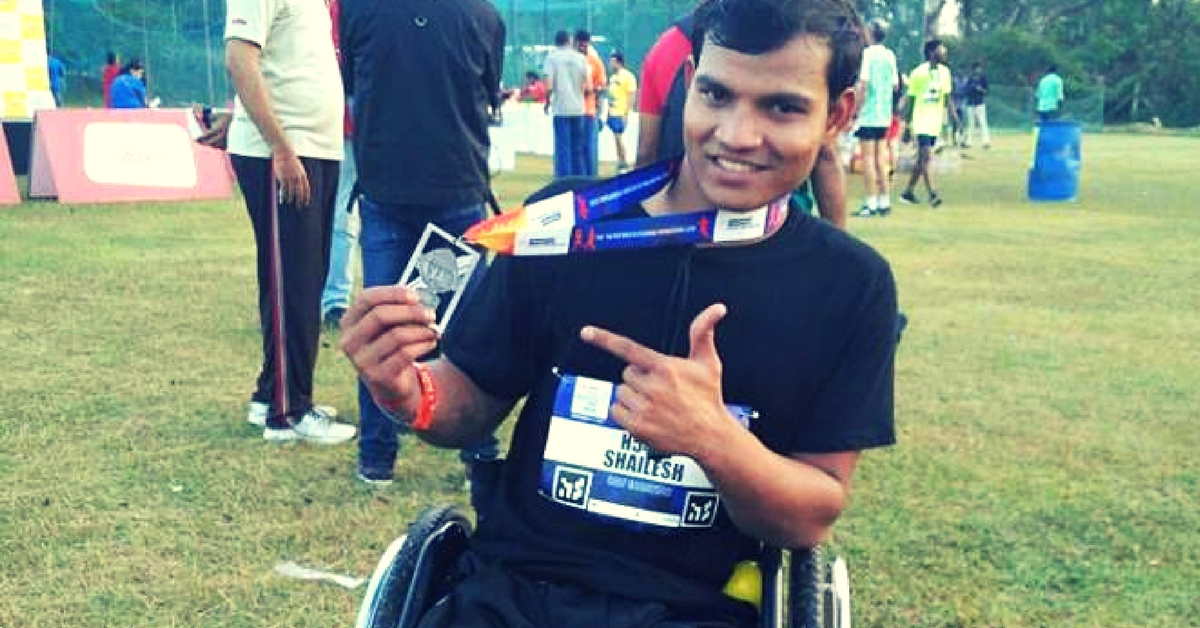 Being the fastest wheel-chair marathoner in India, Shailesh Kumar deserves to represent India at the 2020 Tokyo Paralympics. But he needs our help in getting himself fitted with a customised wheelchair in order to do that.

It was in June 2011 that Shailesh’s entire life was impended when he suffered a fall and injured his spinal cord in the process. The severe injury has since left him in a state of paralysis.

But that hasn’t stopped him in the least.

The 23-year-old, who used to play sports such as kabbadi and cricket, decided he wouldn’t let a setback keep him from what he loves –  so he started racing in marathons. In fact, he completed his last half marathon (21.1km) in two hours, twenty minutes and sixteen seconds.

Speaking to TBI, he notes that by participating in the Tokyo Paralympics, he will be setting an example for people across the country who feel themselves bound by boundaries that only exist in the head.

He says, “When I was first injured, I thought my life had ended. But during my rehab, I met people who were in a far worse condition than even I was and met people who inspired me to be positive. It was there when someone told me that people in wheelchairs even participate in races. I didn’t even know such a thing existed before that.”

Interested in supporting Shailesh ? Here’s the link to the crowdfunding campaign!‘

And thus began his quest to become proficient. Two months before any race, he covers a distance for 10 km every day in his wheelchair. “I want to show the world that there is nothing that is impossible. Even when you are in a wheelchair, you can play sports and you can even represent your country.

It is that mindset that has propelled this man to become one of the most successful racers in the country. He also coaches other men and women in wheelchairs with their athletic pursuits at the Chandigarh Spinal Rehab. Apart from all of this, he also plays basketball.

You may also like: Meet India’s First Visually Impaired Person Who Will Participate in the Boston Marathon

In order to help him achieve his dream, Ganga Trust, an organisation that helps rehabilitate specially abled people has partnered with a crowd-sourcing platform called Fuel A Dream, to raise ₹4,25,000.

And all Shailesh wants to do now is inspire and race.