Stuck in Traffic? This New Ferry System Will Take You From Delhi to Haryana Border in 45 Minutes The work for the water-taxi service to ferry tourists and commuters will likely be functional by June this year.

How about getting to cover a distance, which usually takes nearly three-and-a-half hours (thanks to traffic) in just about 45 minutes? Yes, you read that right and this might soon be a reality with the central government expected to launch water taxis to ferry tourists and commuters from Delhi’s northern areas to the Haryana border.

As per a report in The Hindustan Times, the service is likely to be operational by June end as the Centre’s Yamuna Water Taxi project to ferry tourists and public from Palla (Delhi-Haryana border) to Wazirabad is moving as per schedule. 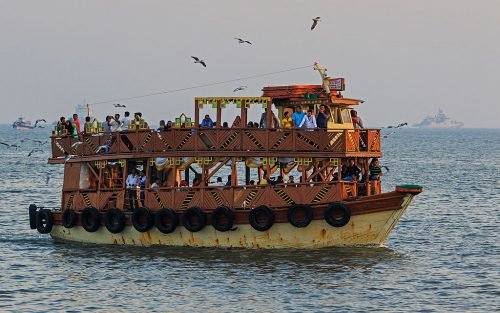 The service, which will start with three boarding points, will cover a distance of almost 20 km. The move is also aimed at promoting tourism and reviving a water body, which has been dying due to toxic waste being dumped into it. There will be five pick-up points in total.

You may also like: How Russia Is Helping Indian Railways Reach a Breakneck Speed of 200 Kmph, Safely!

The project will be implemented by the Inland Waterways Authority of India (IWAI). The authority has moved a plea seeking environmental clearance from the National Green Tribunal (NGT), the report said.

A priority project of Road Transport and Highways Minister Nitin Gadkari, it was first announced in December 2014.

So, get ready to set sail.