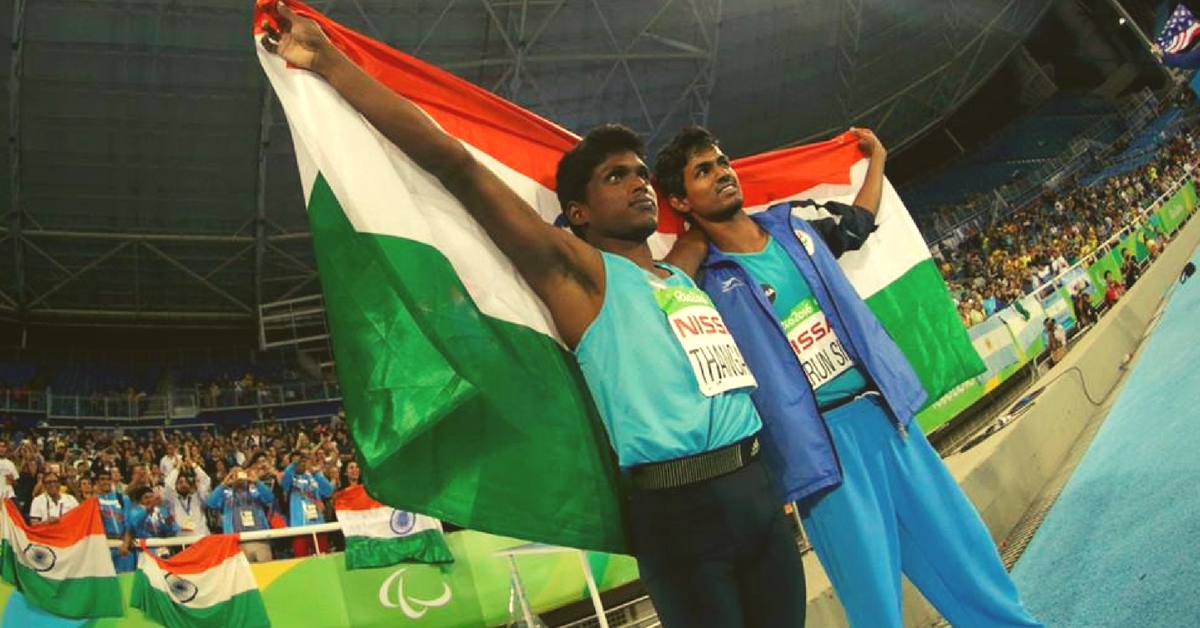 He won the men’s T42 high jump event by jumping 1.89 m and made history — becoming the first Indian high jumper to win a Paralympics gold.

The story of Mariyappan’s success is truly inspiring; it is one of grit, determination and hard-work. The 21-year-old para-athlete hails from a small hamlet called Periavadagampatti that is located about 50 km from Salem, Tamil Nadu. He was on his way to school one day at the age of five, when a bus ran over his leg and crushed his right knee. This accident left him with a permanent disability.

“I was told the driver was inebriated…It doesn’t matter. My right leg is now stunted — it is still a five-year-old’s leg; it has never grown or healed,” he told The Hindu.

His mother, who is a vegetable seller, took a loan of Rs. 3 lakh for his treatment and the family is still paying it back. Mariyappan always liked sports. As a student, he was fascinated by volleyball and he never let his disability come in the way of enjoying it. Acting on a teacher’s advice, Mariyappan decided to try competing in a high jump event at school when he was 14 years old. Despite competing against able-bodied athletes, Mariyappan finished at the second place. This was the event in which he first managed to garner support from his classmates and friends who subsequently attended every competition he appeared for in the district.

Mariyppan got an opportunity to hone his skills under the guidance of his coach, Satyanarayana, who he first met at National Para-Athletics Championships of 2013. In 2015, Satyanarayana decided to train him and brought him to Bengaluru. After undergoing rigorous training he managed to secure the world number one spot in 2015.

The gold winner is of the opinion that his big toe that is deformed, is his lucky charm, and is what gives him extra leverage during sports competitions. Mariyappan made news in March this year when he scaled a distance of 1.78 meters in the men’s high jump event at the IPC Grand Prix Tunisia. This allowed to him participate in Rio since the Qualification Standard is 1.60 metres.

After Murlikant Petkar who had won gold for swimming in 1972 and Devendra Jhahjarai who won for Javelin Throw in 2004, Mariyappan is the third Indian who managed to clinch gold at Paralympics. According to NDTV, ‘T-42 is a disability sport classification for differently-abled track and field athletes with single ‘above the knee’ amputations or a disability that is comparable’.

Anyone who watched the event did so with a bated breath because the competition was tough; six out of twelve athletes had cleared the 1.74 mark in the first eight attempts. But it was Mariyappan who stole the show with his remarkable leap, which turned out to be his personal best as well.

What a Jump by India’s Mariyappan. The first gold medal winner in #paralympics from India. pic.twitter.com/S9yNl0Bg32