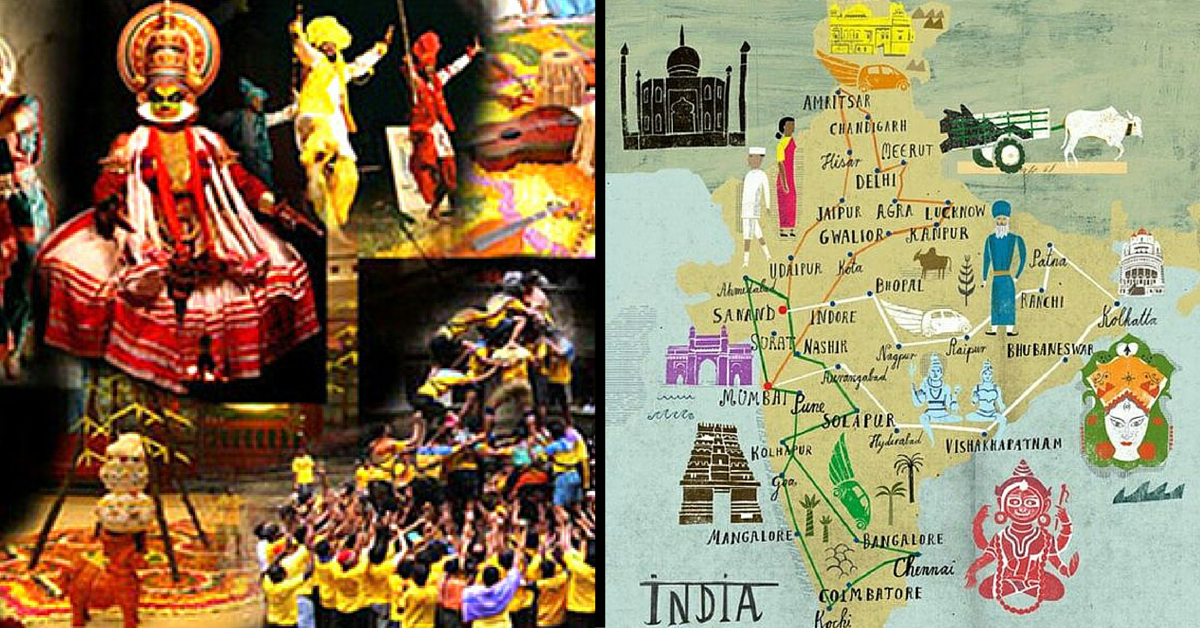 Demographic and development mapping exercises are often carried out by the Indian government but the Cultural Mapping Project is definitely a first for the country. The project, initiated by the Ministry of Culture, will create an authentic and comprehensive database of the cultural topography of the country. This unique databank will also be an artist repository that can be used in the future by the Ministry for the purpose of providing grant-in-aids under its various schemes.

Cultural mapping is a process to identify and document the cultural resources or assets of a community. These assets, inextricably tied to a particular time, place and people, are vital for fostering civic pride and need to be celebrated, preserved, and developed. While the mapping covers a wide range of tangible resources such as arts, heritage organisations, cultural occupations, and industries, it also explores the areas of intangible cultural assets – the stories and traditions that shape our identity as a nation.

The Cultural Mapping Project of India will preserve, promote, and share the country’s cultural heritage using modern technology. The details of this mammoth undertaking are being collated by the Centre of Cultural Resources and Training (CCRT) in New Delhi, with the help of state governments. Established in 1979, CCRT is a premier autonomous institution that works to strengthen the cultural foundation of the country by making education culture-based and meaningful.

CCRT and its sub-committee of experts have drawn up a data form that splits the arts into three broad categories – visual, performing and literary. As several traditional art forms, particularly those limited to a community, are dying due to lack of interest, the data form also encourages artists to specify if their art is dying. The CCRT form can be accessed here.

To strengthen the database on performing arts, the Ministry has also involved autonomous organisations like the Sangeet Natak Akademi and the Indira Gandhi National Centre for the Arts in the project. A web portal has also been developed by the National Informatics Centre (NIC) for the online collection of data directly from artists.

The initiative has received a tremendous response from artists of various genres, with people from the remotest corners of the country participating in the project. So far, more than 55 lakhs artists from across the length and breadth of the country have undergone the documentation procedure and the number is increasing every day.

This project is important in many ways. It will streamline the process of giving scholarships, fellowships, and grants and ensure their effectiveness. It will help in identifying and nurturing upcoming and budding artists who would have otherwise found it difficult to get noticed. Mapping will also increase public interest in little-known cultural communities as well as encourage government action that will safeguard their cultural spaces and traditional techniques.

India has many hidden treasures in its rich cultural heritage that both citizens and tourists don’t know about. Also, while the country has a huge talent pool, not many outside the charmed circle of famous artists get a chance to showcase their art to the world. This cultural mapping exercise will hopefully change this by not only ensuring the survival of India’s vibrant cultural diversity but by also making the process inclusive.