TBI Blogs: 5 Reasons Why India Is the ‘Pharmacy’ of the Developing World

Low-cost, generic medicines produced in India are helping millions of people across the world get affordable, high-quality medication.

Low-cost, generic medicines produced in India are helping millions of people across the world get affordable, high-quality medication.

Developing countries across the world face several challenges, key among which is providing their people with affordable medicines of high-quality.

A ‘public first’ approach to policy, strict medicine patent law and doctors who have used reverse-engineering to introduce generic drugs, are some of the reasons that India has emerged as the ‘pharmacy’ of the developing world. Read on to learn more.

1. Millions of people around the world rely on affordable medicines made in India to stay alive, making the country the ‘pharmacy’ of the developing world Before 2005, India did not grant product patents on medicines. This allowed for the production of low-cost, generic versions of medicines that were patented in other countries.

Indian manufacturers, with their reverse engineering skills, were the first to market low-cost versions of the life-saving cancer (Imatinib) and HIV drugs (Zidovudine) within a few years of their US launch. Robust competition among generic producers in India has resulted in a price reduction of more than 99 percent for medicines across different therapeutic areas, including Hepatitis C, HIV/AIDS, Malaria, Tuberculosis and medicines for non-communicable diseases that are critical for public health programmes.

2. Access to affordable HIV treatment from India is one of the greatest success stories in medicine In the year 1999, WHO announced that HIV/AIDS was the No.1 killer in Africa. Big pharmaceutical corporations with patent monopolies were charging over $10,000 per patient per year for antiretrovirals (HIV medicines), thereby making treatment economically unviable for millions of patients in the developing world.

Dr. Yussef Hamied from India electrified the world by announcing that the generic company Cipla would manufacture and supply the triple fixed-dose combination of HIV antiretrovirals at $1 a day, a 99.99 percent price cut.

Today, India is the world’s primary source of affordable HIV medicines as it is one of the few countries with the capacity to quickly produce newer HIV drugs as generics.

Major donors, and procurers like the Global Fund, the U.S. President’s Emergency Plan for AIDS Relief (PEPFAR), UNITAID and others, rely on the country’s  generic antiretrovirals for the programs they support. These drugs are not only affordable but are also of high quality.

3. India is one of the biggest suppliers of low-cost vaccines in the world 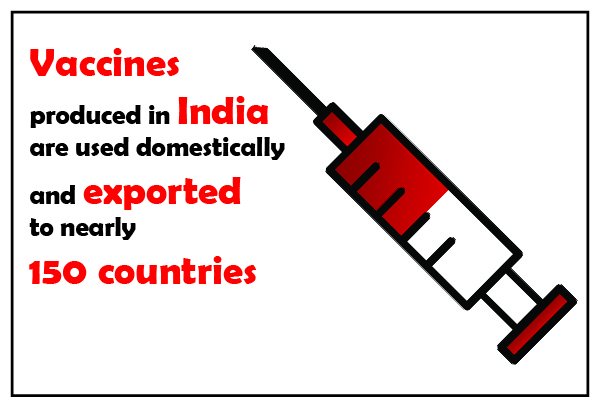 The recombinant Hepatitis B vaccine is an excellent example of one of India’s low-cost medicines. Large multinational pharmaceutical companies held a complete monopoly on the vaccine and ensured that the price of the drug was high. At $23 per dose, a manufacturer in India saw an unmet need and, in the absence of patent barriers, developed a Hepatitis B vaccine to reduce the price of the drug to less than $1 per dose. Today, India is a main supplier of vaccines to UNICEF and to the Ministries of Health in numerous countries. In 2005, India adopted a strict medicines patent law that, while allowing patent protection for new pharmaceutical compounds, makes it tougher to get a patent on new forms of existing medicines.

The law was designed with the objective of stopping drug giants from indulging in ‘evergreening,’ an unfortunately common and abusive patenting practice in the pharmaceutical industry. It is aimed at filing and then obtaining separate patents – referred to as ‘secondary patents’ – relating to different aspects of the same medicine. Such patents are routinely granted in the US and other countries, but India chose to prioritise access to medicines over the business interests of the pharmaceutical industry.

This public health approach to setting strict patent standards is in line with international trade rules and encourages timely entry of affordable generics into the market, driving prices down.

How the law works is borne out of the patent decision in 2005 which rejected the Swiss pharmaceutical company Novartis’ attempt to patent the salt/crystalline form of ‘Imatinib,’ a life saving medicine for treating chronic myeloid leukemia.

Filing and obtaining patents covering salt and crystal forms of existing pharmaceutical compounds is a lucrative game for pharmaceutical companies and Novartis tried to do the same in India but failed due to public health safeguards in the patent law.

5. Sky high prices of patented drugs in the US vs low cost Indian generics

The prices of medicines in the United States are one of the highest in the world because US laws and policies blindly favour pharmaceutical companies over generic competition, allowing multiple and extended monopolies on the same medicine, leading to exorbitant prices for lengthy periods of time. On the other hand, India’s policy and lawmakers have identified generic competition as the strongest and most effective force to reduce drug prices. Having fewer patents in India means more generic competition, which means more affordable medicines for people and governments in developing countries.

In contrast to India’s stricter patentability criteria, the U.S. allows the practice of ‘evergreening’ that helps delay generic competition and keeps prices high. It is a common tactic by which the pharmaceutical industry extends their monopoly on drugs beyond the original patent’s 20 years. Long monopoly of a single company in the US  keeps prices high because generic competition is blocked.

The infographic below highlights the sky-high prices of patented drugs in the US vs low-cost Indian generics.