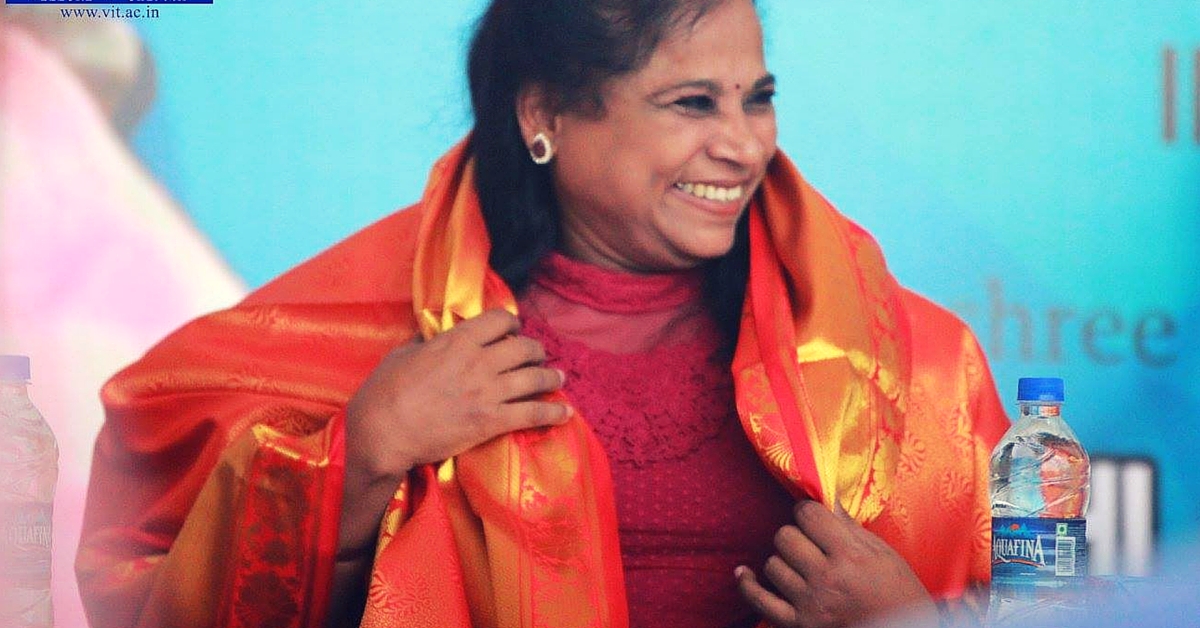 Malathi Holla was left paralysed from the waist down at the age of 1. Today, the Padma Shri awardee is helping differently-abled children fulfill their dreams.

They say the only disability in life is a bad attitude; Malathi Holla stands testament to this sentiment.

Malathi was born on July 6, 1958. A raging fever when she was a year old left her paralysed from the waist down. Back then, there was little awareness about dealing with differently-abled children and Malathi spent most of her childhood away from home, at a disability care centre in Chennai. She lived there for 15 years, till she completed her 10th standard.

During her adolescence, Malathi had to undergo close to one surgery every six months, adding up to a total of 32 surgeries in her growing years. She faced physical pain, suffering and mental trauma. But while these challenges would discourage others, Malathi not only survived them, but thrived on them as well; she aimed for the stars whilst trying to overcome the setbacks of her physical condition.

The experiences that she faced in her childhood motivated her to become the person that she is today.

During the testing times in her childhood, Malathi sought refuge in sports. She set her focus on winning and trained hard every day. Hers truly is an example of the triumph of the human spirit over physical handicap.

“I used to lap around Kanteerava Stadium (in Bangalore) 25 times everyday.Those days India had no synthetic tracks. I used to cover nearly 10kms every day on a wheelchair, over uneven mud tracks – all just to strengthen my arms. This used to spoil my wheelchair tyres so much that I had to replace them every week,” she reminisced proudly.

It is this determination and commitment that has helped her achieve her goals. She believes that the most important thing for an athlete is mental strength; with mental strength comes positivity and confidence.

“Confidence is not sold in a bazaar, it needs to come from within,” she says.

She has overcome insurmountable obstacles to become a champion and an international athlete. She represented India in the Paralympics held in South Korea, Barcelona, Athens, and Beijing; the Asian Games held in Beijing, Bangkok, South Korea and Kuala Lumpur; the World Masters held in Denmark and Australia and the Commonwealth Games in Australia and Open Championships in Belgium, Kuala Lumpur and England.

She has won over 300 medals and has been conferred the prestigious Arjuna and Padma Shri awards.

She currently works as a manager at Syndicate Bank and trains part-time as a para-athlete.

Malathi recently launched her autobiography ‘A Different Spirit.’ She has also become a motivational speaker.

“Touchwood, I am still a winning horse. In India, no one can beat me,” she says.

Malathi has now set up the Mathru Foundation to provide care for the differently-abled.

At present, the foundation is looking after 17 differently-abled children. They are provided with food, accommodation, education and medical support.

The lack of awareness on handling children with disabilities, especially in smaller cities, is what motivated her to take up this cause.

Children come to Mathru Foundation at the age of 12 and stay till they finish their education. They are educated in private schools near the home.

“Most teachers in private schools are not convinced about teaching disabled children. They need to be reassured often. It’s not the teacher’s job to differentiate between children,” Malathi says.

Most children take up vocational courses post their schooling. She is proud of the fact that seven students from her foundation are now working professionals.

Malathi is strict about maintaing discipline at the Mathru House. She recollects the story of the first child who came to her home. He was 12 years old at that time. He was paralyzed from the neck down, with only one functional hand. Owing to his condition, he was ignored and neglected at home.

When he came to Mathru House, he was extremely indisciplined and uncooperative and would incessantly use foul language. Slowly, under Malathi’s direction and counselling, he began to improve. Today, he has successfully completed his education and has even adopted a positive outlook on life.

Mathru Foundation is now moving to a bigger campus on the outskirts of Bengaluru. They hope to expand their capacity to take 30 more children next year.

Malathi’s aim is to increase this number to 100 someday, and to change the lives of these children.

You can support her foundation by contributing here.

About the author: Vishnu is a Milaap Open Fellow in Bangalore. He assesses the impact of Milaap’s crowdfunded campaigns and brings inspiring stories of champions to donors.