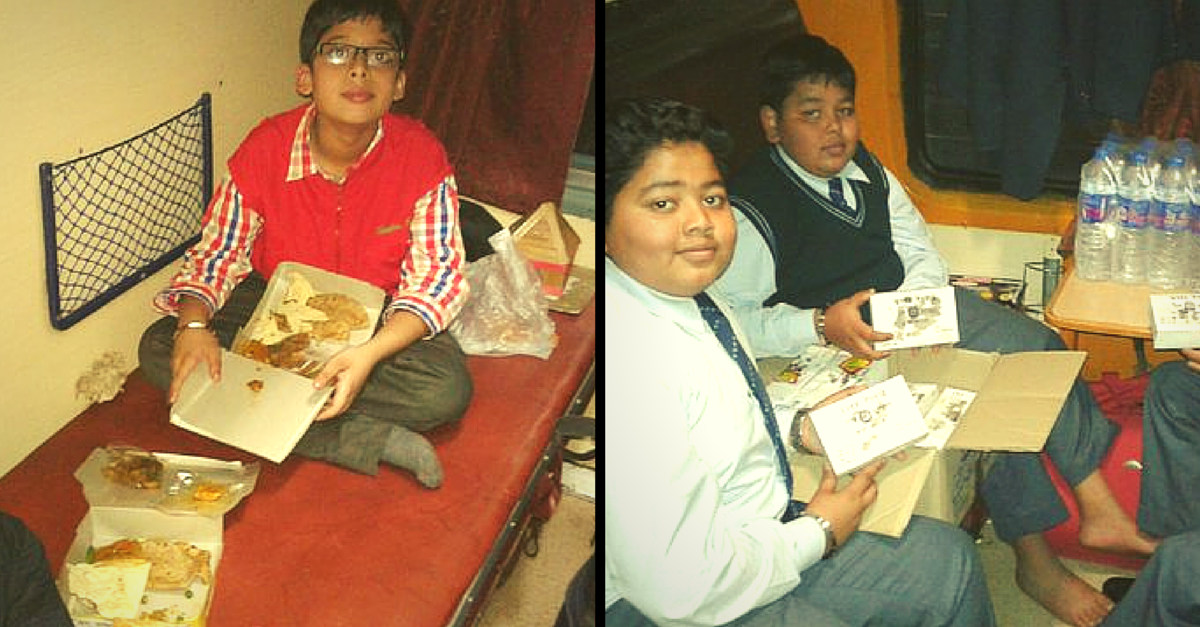 Indian Railways was recently in the news for assisting a woman passenger who was being harassed on a train and asked for help via Twitter. Then there was another passenger who needed a wheelchair for his ailing father and got one with the help of a tweet addressed to the Ministry.

Once again, the Ministry of Railways has done something similar, winning the hearts of many frequent travellers across the country.

27 students of Asian School, Dehradun, were on their way to Howrah aboard the Kumbha Express. However, the train was diverted due to maintenance work on the tracks, and the students were left stranded for seven hour on a delayed train. They did not have access to any food because of the absence of a pantry.

It was then that Amit K Narmoli, a teacher accompanying the students, tweeted:

Very soon, they got a reply from the Ministry of Railways asking for their contact details and seat numbers.

@ANarnoli @sureshpprabhu Please give ur contact no and seat no. — Ministry of Railways (@RailMinIndia) December 7, 2015

Once the ministry received all required information, they informed the divisional authority at Varanasi, tagging the DRM (Divisional Railway Manager) Lucknow, and General Manager (GM) railway, in the tweet.

@ANarnoli we have informed divisional authority, at Varanasi they will arrange, give ur Mobile no. — Ministry of Railways (@RailMinIndia) December 7, 2015

Officials of Northern Railways wasted no time and reached Pratapgarh, where the train was reported to be stationed.

“Owing to the ongoing track doubling work between Shivnagar and Bandekala (13km stretch) near Sultanpur, the train was routed via Pratapgarh. By the time we ensured the food supplies at Pratapgarh, the train had left,” Ajit Kumar Sinha, senior divisional commercial manager (DCM), Lucknow NR, told Hindustan Times.

After this, railway officials and staff in Varanasi provided food to the students at around 9:40 pm.