In our quest to know what books to read to get a better understanding of India’s history, we turned to you, our readers. A few days ago we asked everyone

In our quest to know what books to read to get a better understanding of India’s history, we turned to you, our readers. A few days ago we asked everyone on our Facebook and Twitter pages to recommend a book on Indian history. Many of you responded with some wonderful suggestions. We also received many e-mails suggesting books we had never heard of. Here then, is the list of 10 books (in no particular order) on Indian history that we have compiled based on your responses.

1. Discovery of India by Jawaharlal Nehru

Written by India’s first prime minister when he was in prison (1942-1946), this book traces India’s history starting from the Indus Valley Civilization. It gives a detailed account of the period ranging from the coming of the Aryans to the establishment of the British Empire. A recommended read to get a snapshot of India’s incredibly long past. This book was also produced as an award-winning television series by Shyam Benegal.

2. Freedom at Midnight by Dominique Lapierre and Larry Collins

This book primarily focuses on India’s independence movement during 1946 and 1948. The series of events that unfold during this period are worthy of this book being classified as a historical one. It is extensively researched, gives incredible details that you never knew (for instance, do you know who actually drew the dividing line between the two nations and on what basis?) and is a highly recommended book on India’s independence and partition. The book also includes interviews with Lord Mountbatten, the last viceroy of British India.

3. The Argumentative Indian by Amartya Sen

Written by the Nobel Prize winning economist Amartya Sen, this book is essentially a series of poignant essays narrating India’s history and how that history has influenced and shaped its cultural identity. Sen talks about how India has had a long history of public debate (in all spheres of life) and how heterodoxy was prevalent in Indian society centuries ago.  This vibrant past is something that Sen believes we all should know about – considering that it can have a deep impact on the way we embrace our future.

4. India after Gandhi: The History of the World’s Largest Democracy by Ramachandra Guha

Ramachandra Guha is perhaps one of India’s best historians currently. This book of his talks about India’s history after it gained independence from the British. This is the perfect book for you to understand the evolution of Modern India. Guha, a former professor and now historian, does an awe-inspiring job of making sense of India’s chaotic and eventful history since independence – the partition, Nehru’s socialist policies, Rajiv Gandhi’s brief but impactful career, the rise of religion and caste-based politics – almost everything you want to know is there in this 900-page book.

5. The Wonder That Was India by A L Basham

This book is considered a useful source of history for aspirants to the Indian civil services. Basham’s popular work covers the period between ancient India and the arrival of the Muslims. It covers details of the Harappan and Mohenjodaro findings and then dwells on the now-controversial Aryan invasion theory. Basham also studies the interpretations of the Rig Veda and other Sanskrit texts to give a better understanding of the country’s past.

The Great Indian Novel is a satirical novel by Shashi Tharoor. It is a fictional work that takes the story of the Mahabharata, the epic of Hindu mythology, and recasts and resets it in the context of the Indian Independence Movement and the first three decades post-independence. Figures from Indian history are transformed into characters from mythology, and the mythical story of India is retold as a history of Indian independence and subsequent history, up through the 1980s. (From  Wikipedia)

7. A Corner Of A Foreign Field by Ramachandra Guha

This one is for the cricket lovers. And for those who love to know more about the game’s origin in India. Ramchandra Guha provides a fascinating peek into the way this British sport made its foray into India and how it is now a national obsession. Starting off with the Parsis and their matches in Bombay’s maidans, this book goes into various details on the way cricket influenced India’s society.

8. The Last Mughal: The Fall of a Dynasty: Delhi, 1857 by William Dalrymple

William is an award winning historian and travel writer. The Last Mughal talks about a culturally diverse and rich soceity during the rule of Bahadur shah Zafar, the last Mughal emperor. In 1857, the first war against the British (known popularly as the Sepoy Mutinee) marked the end of the Mughal rule. William lists the manner in which these events unfolded and the impact it had on the country – both politically and culturally. His writing style and flair for capturing insights makes this book a must-read.

9. India: A history by John Keay

John Keay is an English journalist and author specialising in writing popular histories about India, often with a particular focus on their colonisation and exploration by Europeans. In “India: A history”, John provides a panaromic view starting from the cities of Harappa and Mohenjodaro of the Indus Valley civilizations all the way to the current modern India. This book is considered by many as a perfect textbook for any student of India. 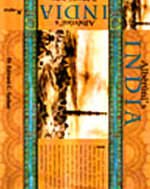 Alberuni is considered as one of the greatest historians of the medieval Islamic era. In 1017 AD, at the behest of Sultan Muhmud of Persia, Alberuni travelled to India to learn about the Hindus, and to discuss with them questions of religion, science, and literature, and the very basis of their civilisation. He remained in India for 13 years, studying and exploring. This book is an outcome of his rigorous study of India.

If you know of any books on Indian history that have not been listed here, please write about them in the comments section below.