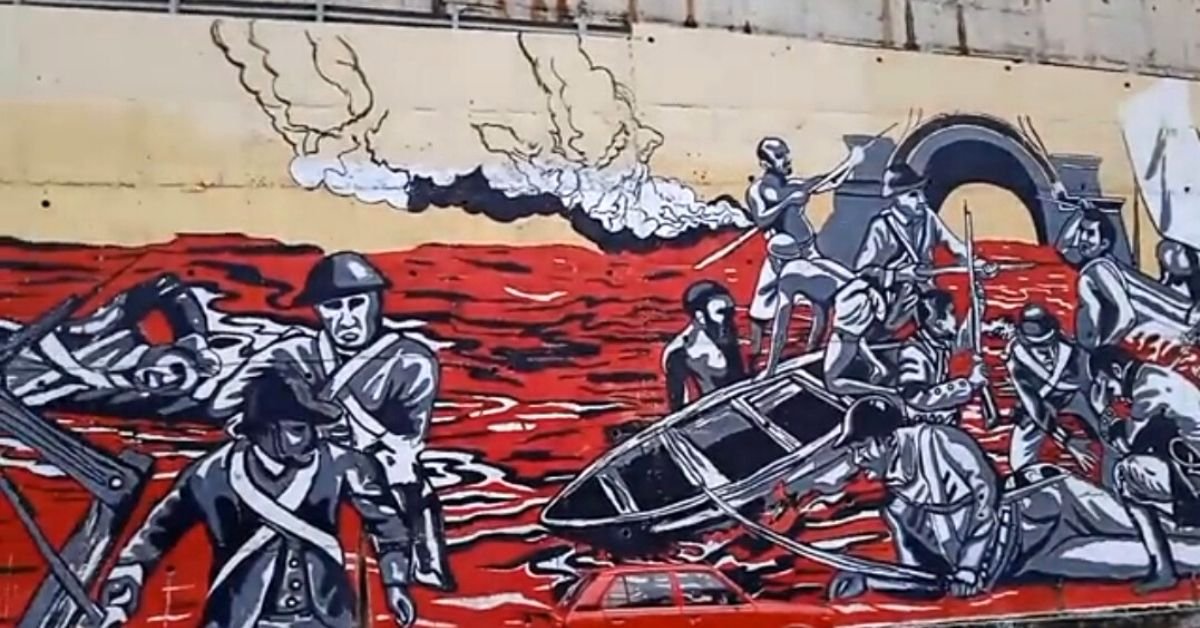 The coastal town of Anchuthengu, Kerala was home to what is considered the first open and organised revolt against the unjust practices of the East India Company and British Raj — the Attingal Revolt in the year 1721.

Travelling back in time to the eras when India was ruled by the British, we recount countless instances where brave women and men stepped up to free the nation from centuries of subjugation.

It would be remiss, however, to recall these struggles without understanding how it all began.

The flourishing coastal town of Anchuthengu, or Anjego, was home to what is considered the first open and organised revolt against the unjust practices of the East India Company — the Attingal Revolt in the year 1721, which took place along the shores of Kerala.

Today, we trace the trajectory of this uprising and what its impact was on India’s freedom struggle.

Why did the Attingal Revolt take place?

Known as one of the most influential persons of those times, it is said that she exuded strength in the way she ruled and even had an independent army that she led by herself. She was also known to be diplomatic and was thus able to keep the interests of the British at bay, while she ruled fairly over her people.

It was during her reign that the British came to Attingal in 1680, hoping to make the most of an abundance of spices, especially pepper, in the region.

They wanted to construct inroads in the state and take control over the trade of spices here. This, they thought, would give them an edge over Dutch and Portuguese traders, who were also looking at similar aims and had already set their sights and trade routes in the area.

In order to establish their dominance over trade in the Attingal region, the British began convincing the Rani to give them permission to build a fort in Anchuthengu so they could carry out the trade from here.

The Rani was of the opinion that this was a good idea as it would put an end to the trade by the Dutch. In 1694, she granted permission for the fort to be built.

However, this had quite the contrary effect as historian Sasibhooshan points out.

“The company sought to almost annihilate agriculture in the region, leading to a drastic loss of livelihood for the common man. This, coupled with numerous disdainful acts by the British who never lost an opportunity to mock the religious and cultural beliefs and practices prevalent among the locals, angered the natives to such an extent that both Hindus and Muslims came together under Kudaman Pillai to take part in an uprising that later came to be known as the Attingal Revolt.”

When the East India Company entered the region and started trade, they bought pepper from the natives for a much lesser price than the Dutch, often going to as low as Rs 5 for a quintal. They would then sell the same in Europe for Rs 500.

When the farmers realised this, they were furious.

The first open rebellion against the British

The Nairs, Ezhavas and Muslims in the region came together as one to revolt against the British.

When the Rani realised that the situation was taking a turn for the worse, she began to send troops to the site to stop the British from constructing the fort.

However, the locals were defeated and the British made their footing firmer in the fort as well as Attingal.

After this uprising, the British began making life miserable for Indians in the region by insulting their religion, buying property around the Sarkaradevi Temple, humiliating the priests, and essentially doing everything in their power to oppress the revolt. To add to this, Umayamma Rani passed away in 1698 and another queen took charge of the region.

This was when the protestors decided that if they couldn’t manage to fight the British with their skills, they would find another way.

And so they approached Kudaman Pillai — one of the feudal lords who belonged to the Pillai dynasty, which had their own armies — who agreed to assist them in this revolt.

This time, instead of relying on their own grit and skill, they were trained by kalari (a form of martial arts) experts called in from the north and south. The locals were ready to fight back.

Sensing that they needed to change their strategy, the British decided to send an officer named William Gyfford to the Rani who had taken over after Umayamma’s death, in a bid to win her over with expensive gifts.

A feast turns into a nightmare

Gyfford, with 132 men and an equal number of slaves, set sail to Attingal to meet the new Rani. However, while they were approaching the banks of the Vamanapuram River, they saw crowds gathering.

Gyfford mistook these protestors for people who were waiting to greet him. On reaching the palace, the British officer and his men were served a feast and they presented the Rani with perfumes and gold that they had brought her. However, that very night, the locals entered the palace and slayed the British until no one was left alive.

Historians have expressed their thoughts on both the significance of the revolt as well as its brutality.

It is said that such was the nature of the attack that Gyfford’s tongue was chopped into pieces and thrown into the river, while the water turned blood red with bodies. The British ordered the family of Kudaman Pillai to be decimated.

But one element that historians are united on in their opinion is that the Attingal Revolt has not gotten as much attention in history books as it should.

The reason, says Sasibhooshan, is that “The British tried to underplay the incident as it would affect their international standing. The East India Company would also find it difficult to get recruits from Britain if the magnitude of the bloodshed gets reported correctly. On the other hand, palace historians tried to downplay it as they were worried it would affect the foreign trade from Attingal.”

In spite of this, today a mural stands along National Highway 66 in Thiruvananthapuram, that depicts the attack.

The work of art is by students of the Government Fine Arts College Thiruvananthapuram.

One of the artists, K S Ratheeshkumar, tells The Hindu, “There are hardly any writings about the Attingal Revolt, nor are there any images to be used for reference. We did a thorough study of all the available material from various archives. We visualised it in this space with a massive central arch, which is 25 feet at its central point, to depict the major events.”

This mural is an attempt to remind people of the ferocity of the first revolt against the British and to not have its legacy erased in time.

Attingal revolt was among earliest acts of resistance against British imperialism by Cithara Paul, Published on 22 August 2021.