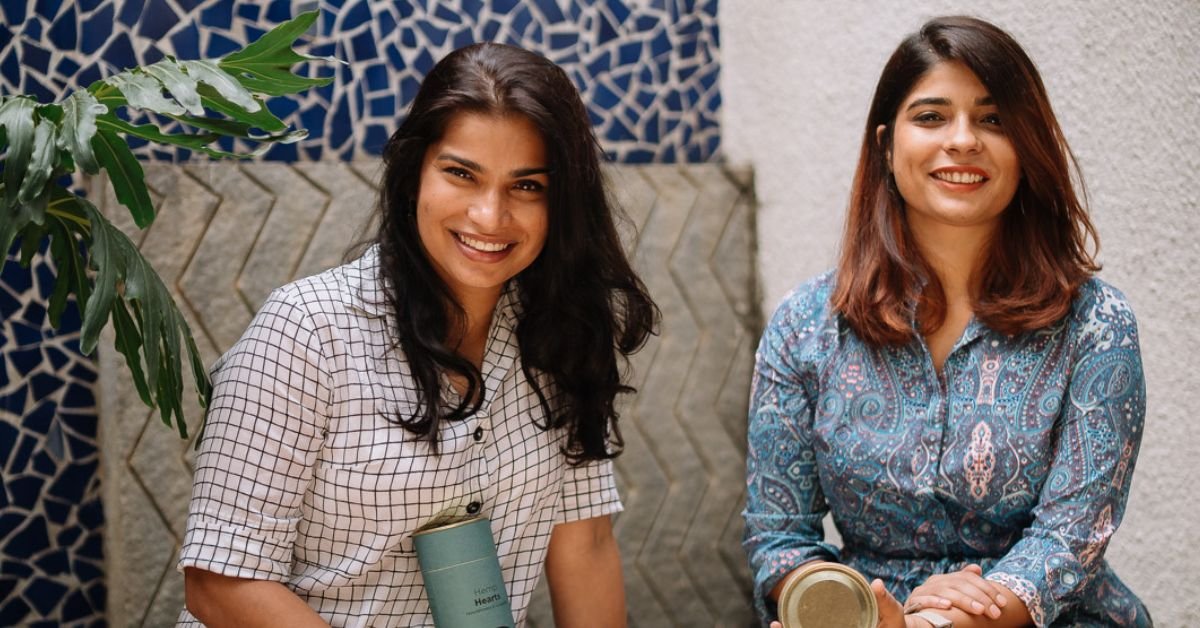 If it does not, then the Bhattacharya sisters (Jayanti and Shalini) from Bengaluru and Barcelona, respectively, who are also the co-founders of India Hemp and Co, will tell you why you’re wrong.

Speaking to The Better India, Jayanti (41) says, “In 2017, my younger sister, Shalini was undergoing chronic back pain. It seemed to have brought her entire life to a standstill. From being a very social and outgoing person, the back pain pushed her into a shell. She would refrain from meeting people, dressing up and getting out of the house even. Even simple tasks, like picking up a small bag from the floor, were beginning to hurt her.”

She goes on, “Despite trying various allopathic treatments and going through several scans, she felt no respite. Most of the treatment only provided very temporary relief. It was during this period that research led us to Cannabidiol (CBD), an extract from the hemp plant, which helped in managing chronic pain.”

Through Shalini’s journey, the duo learnt a lot about hemp and also saw the immense potential in industrial and medical hemp and that led to the start of India Hemp and Co in 2019.

“A lot of what I was experiencing was inflammation and very often scans would not even catch it, therefore treating it became difficult. Using CBD helped deal with the inflammation a great deal,” says Shalini (37).

As of 22 November 2021, the Food Safety and Standards Authority of India (FSSAI) allowed the use of hemp seeds in limited quantities in food and beverages. This gave the company a much-needed impetus.

With this stamp of approval, their products became available across online and offline retail platforms like Amazon, Big Basket and Nature’s Basket.

They have been earning a revenue upwards of Rs 50 lakh annually.

What’s unique about hemp cultivation is that every part of the plant can be used. It is a zero-waste plant and within four months you have a fully-grown plant. Jayanti adds, “It is also very rich in protein, fibre, and fatty acids. It also has several antioxidant properties and is known to reduce symptoms of numerous ailments and has anti-inflammatory properties as well. In some cases, it is also prescribed to mitigate depression and anxiety.”

She continues, “Hemp is the most sustainable plant on the planet and has both nutritional and medicinal benefits. What’s more, it can be easily consumed in its various forms, like powders, oils and tinctures – which makes it very versatile. After all its parts are put to use, whatever is left, including the husk, is used up as fodder.”

One of the challenges that the duo faced in the early years was creating awareness about hemp. “We would often get calls from people asking us if they would get high if they consumed our products. We had to patiently explain to each caller that the only thing they would get is healthier and nothing else,” says Shalini.

Staying true to their goal of creating a sustainable product, even the packaging is made of 100 per cent biodegradable material. “We have ensured that we do not use any sort of plastic in our packaging. Even the paper used in our canisters comes from recycled paper,” adds Jayanti.

Hemp as a superfood

Espousing the virtues of hemp as a superfood, Jayanti says, “Hemp is perhaps amongst a handful of plants on earth that benefits both its end-user and the environment. Hemp helps protect the heart, brain, and skin. Its carbon-negative nature absorbs more carbon dioxide from the atmosphere than it takes to grow – one tonne of hemp absorbs over 1.5 tonnes of carbon dioxide.”

The duo started by introducing three products initially – the hemp hearts, hemp trail mix and hemp protein powder. Shalini says, “There is a demand and need for plant-based nutrients either as a substitute for meat or even as an easy-to-digest boost of nutrition in a natural way. We source only high-quality products, and through our continuous research, bring forth new products adapted to our community’s needs.”

Speaking about their customers, Jayanti says, “A couple of residents of Coorg, discovered the benefits of hemp rather organically. While they started from a position of scepticism the health benefits that they have experienced have been phenomenal. Both of these customers have been repeat customers for us.”

Currently, one can purchase a limited edition of the following products made from hemp – noodles, boondi, Bombay mixture and vermicelli. In addition, they have also launched a pet care range which includes hemp oil and treats for dogs and cats.

Bengaluru-based Dr Abhijit Bhograj, an Endocrinologist, whose areas of specialisation include hormone health, diabetes, obesity and thyroid disorders, among other things, says, “Hormonal imbalance can significantly impact overall health. This is not always in your control. There are, however, elements that you can control. Your emotions, mental health, and physical health are greatly influenced by hormones. As an example, they play a major role in regulating your appetite, weight, and mood.”

Adding to this, Jayanti says, “Hemp seeds are a nutritional powerhouse. They naturally contain all the essential fatty acids and oils along with a high number of proteins and essential minerals. Hemp seeds do not contain any THC and are thus a perfectly safe addition to a diet. They are easy to digest and provide the body with all the essential nutrients. They can be eaten raw, blended into smoothies, or as oatmeal. Hemp seeds are the only seeds containing essential fatty acids with almost no saturated fat. As a diet supplement, they reduce the risk of heart disease while boosting metabolism and aiding weight loss.”

Hemp seeds are also used to extract hemp seed oil which can be used as a nutritional supplement. Hemp seed oil can be consumed raw or used as a salad dressing. Adding a tablespoon of hemp seed oil to scrambled eggs or grilled chicken boosts the protein shot of the meal.

When finely grounded, hemp seeds give hemp protein powder which is a vegan and gluten-free alternative to whey protein. It can be used in smoothies, porridges and pancakes.

·  Hemp and Marijuana come from the same plant.

“This is a question that we get asked very often. The simple answer to this is yes and no. Yes, because hemp and marijuana come from the same species of plant (Cannabis sativa) but are very different cultivars,” says Shalini.

·  Consuming hemp can make me get ‘high’.

“Tetrahydrocannabinol (THC) is the psychoactive compound found in cannabis. In a marijuana plant, there is an average of 10 to 20 per cent THC, while hemp contains no more than 0.3 per cent of THC by law. This amount of THC will not get you high. Consider hemp as the sober and more responsible of the two,” says Jayanti.

·  Isn’t it illegal to cultivate and consume hemp?

“India has had quite a strong yet complicated connection with cannabis. It has been a very important part of our culture, since the Vedic period (end of the Bronze Age) it’s been mentioned as one of the five sacred plants in the Vedas,” states Jayanti.

She adds, “It’s only as recent as the 1980s when, due to the pressure from the USA and their War on Drugs, cannabis was classified as a synthetic drug (which it is not) and banned. That’s also why we’re seeing different States in the USA, revisiting and declassifying it as a drug.”

·  Anyone can grow hemp

Contrary to popular belief, one has to apply for a licence to cultivate hemp. In 2016, Uttarakhand became the first Indian state to permit large-scale commercial cultivation of industrial hemp. The license was awarded to the Indian Industrial Hemp Association (IIHA) to plant cannabis on 1,000 hectares.

Typically, growing hemp is free of pesticides and any other chemical fertilizers. Industrial hemp is a crop that requires a minimal to zero amount of chemicals. It grows naturally in organic conditions and is healthy in that sense.

·  Whisk Mascarpone, cream cheese and milkmaid together and allow it to rest in the refrigerator.

·  Make a coffee mixture with the following – coffee powder, water and a scoop of hemp protein powder.

·  Dip a few digestive biscuits into this mixture and line the biscuit in the glass you will serve the Tiramisu in.

·  Remove the mixture kept in the refrigerator and assemble it all.

·  Ensure that you have at least three layers, start with the dipped digestive biscuit, then add the cream and finally sprinkle the hemp protein powder, repeat this thrice.

The products range from Rs 449 and go up to Rs 1300. You can click here to access more information or place an order.

If you are interested in starting a business like this, learn all about it from Jayanti herself. In this video, Jayanti shares her business secrets, the do’s and don’ts while starting a venture, and her biggest mantra for becoming a successful entrepreneur. Find more details here.

‘Great to see a misunderstood plant in positive light’: The rise of hemp and its by-products in India by Jayashree Narayanan