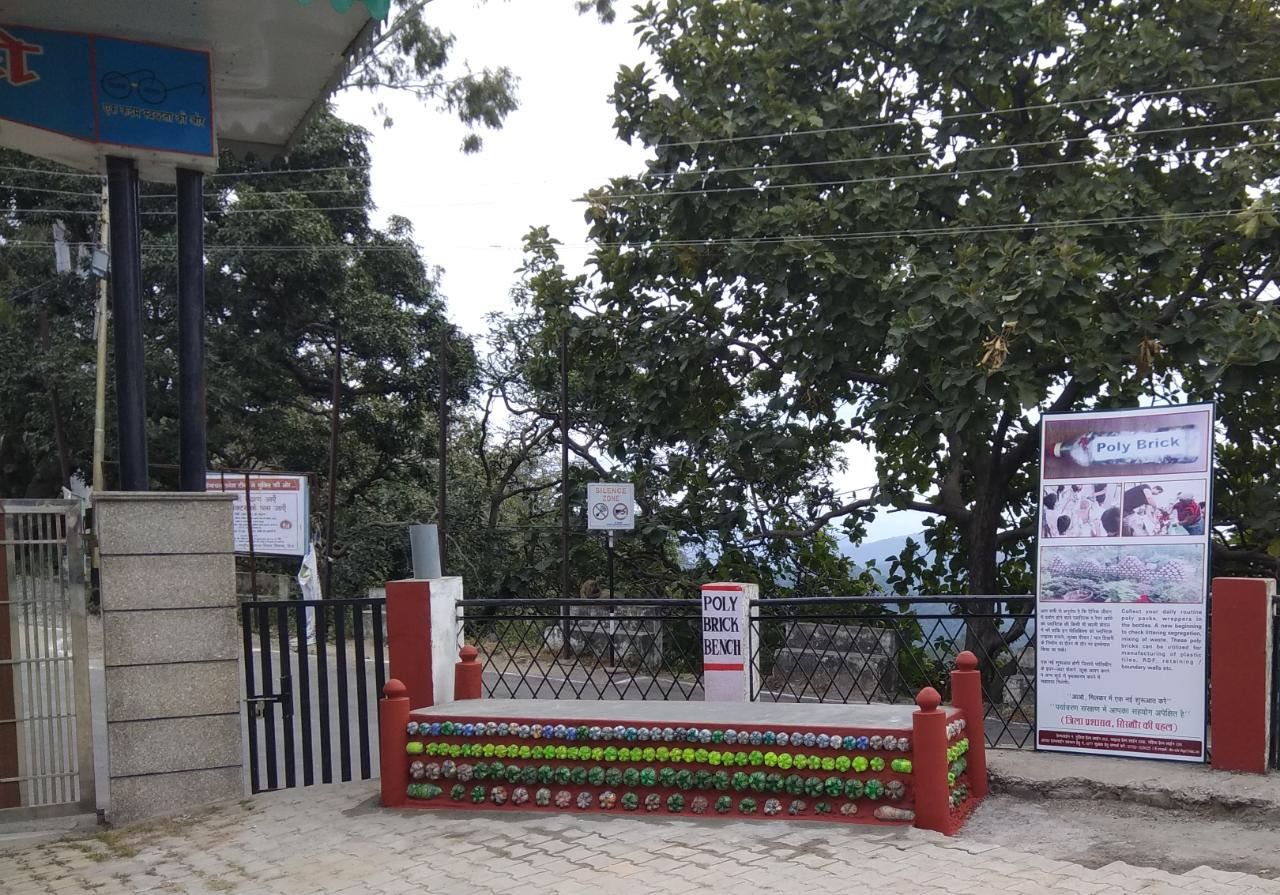 Guided by Deputy Commissioner RK Pruthi, Sirmaur district of #Himachal Pradesh is turning waste plastic bottles into polybricks by using all kinds of trash like wrappers, cups and straws!

As India grapples with the massive volumes of plastic waste being generated every day, Sirmaur, a small district in Himachal Pradesh has come up with a creative solution to utilise this in the form of poly-bricks.

Check out these amazing and low-cost plastic-free cutlery options, here!

An alternative to bricks, poly-bricks are primarily plastic bottles infused with all kinds of compressed discarded plastic items like wrappers, polythene, cups and straws.

A two-litre bottle can store up to 500 grams of waste and is as sturdy as a brick.

The solution was proposed by RK Pruthi, the Deputy Commissioner (DC) of Sirmaur district. Explaining his decision to The Better India, DC Pruthi says, “After the statewide ban on single-use plastic items, we wanted to dispose of the existing plastic without harming the environment. While there are recycling centres, they can only recycle dry plastic. The ones who come in contact with any liquid usually end up in landfills. However, now we are making poly-bricks out of them.”

The plan to repurpose this non-biodegradable monster started with constructing roads in the district. Recently the district authorities completed a one-kilometre stretch of the Dimki Mandir-Budhpur Koon link road made from one-tonne of plastic waste. 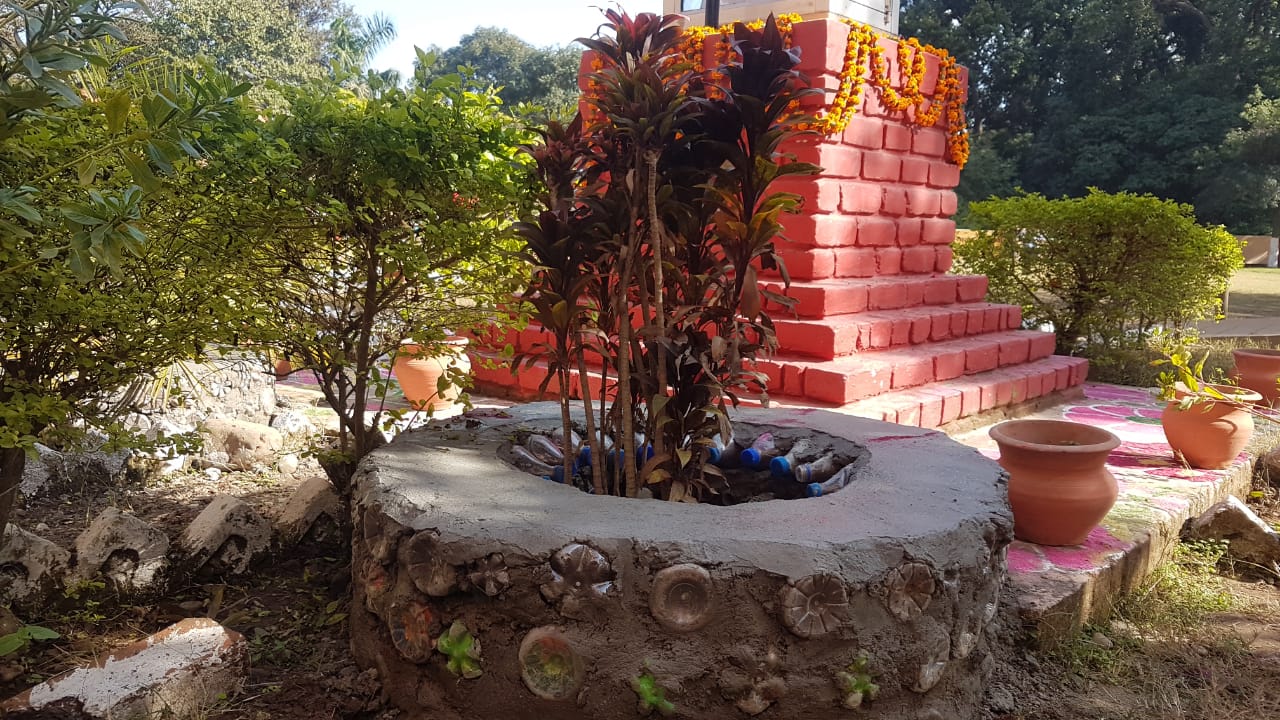 In February this year, district officials and members of SHGs started with the plastic-collection drive, collecting over 70 kilos of waste.

With the help of a stainless steel stick, they compressed the waste in 300 bottles, which became poly-bricks.

Following this, administration roped in a local to make stainless steel sticks in bulk, and 7,500 sticks were distributed across six blocks to local officials, SHGs and in schools.

In the last nine months or so, 14,000 polybricks have been used for different kinds of work. They have been used to build benches, flowerpots and even a wall. But the best outcome, according to DC Pruthi, is a public toilet that was constructed for Rs 9,000. 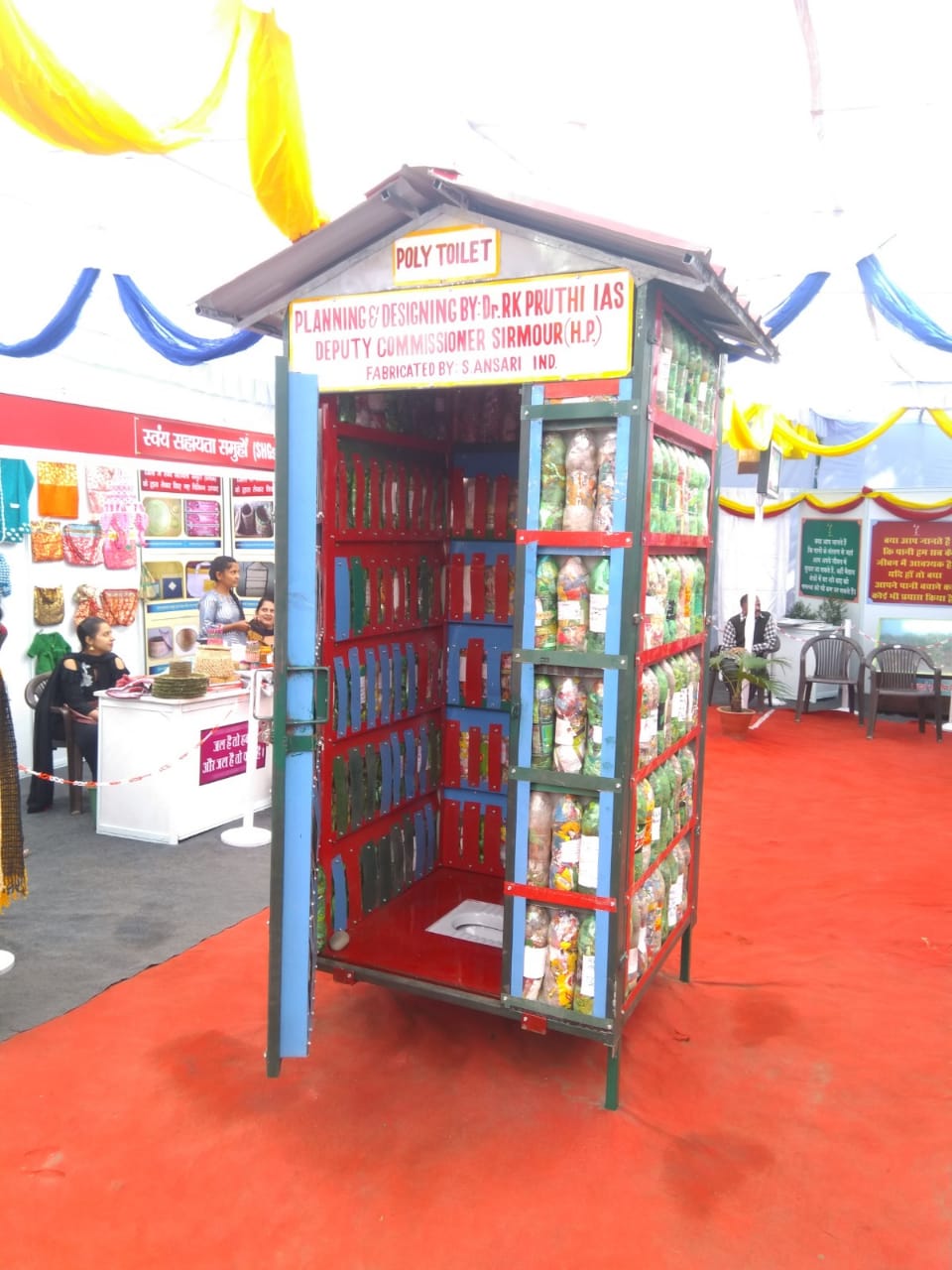 DC Pruthi hopes to make the entire district plastic-free by mid-2020 and he began with schools. The school authorities are directed to restrict the use of plastic in the school and also ensure the 500 metres area outside the school campus is litter-free.

“On weekends, we carry out cleanliness drives involving students and women from SHGs, where we collect plastic items. After segregating and sending recyclable plastic for road construction purposes, we will use the remaining to make polybricks. This will also set a litter-free example for tourists who visit the district,” he concludes.

Also Read: How To Make a Paper Bag From Old Newspaper in 5 Minutes