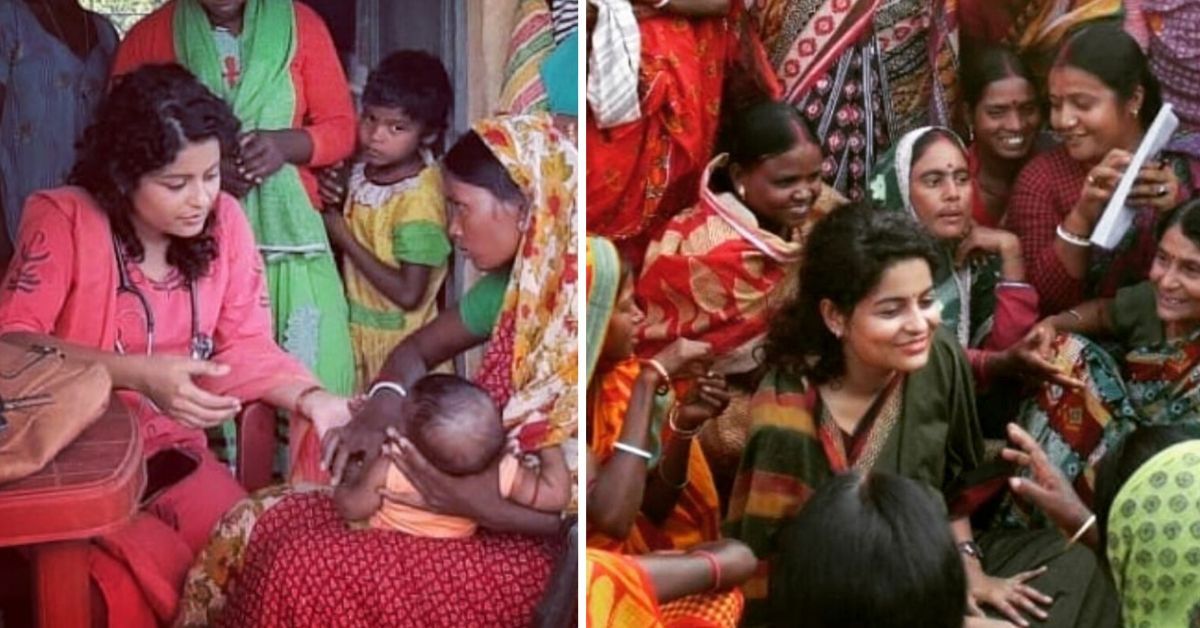 In fact, during a recent official visit to inspect the conditions of the block hospital, Akanksha found the designated doctor absent for some reason and attended to the waiting patients herself! #IAS #Inspiration

When Akanksha Bhaskar, an IAS officer, assumed charge as the SDO of Raghunathpur in West Bengal, little did she know that her academic background would come in immensely useful.

Bhaskar, who has an MBBS degree but opted to join the civil services, now treats patients in government hospitals whenever she gets time out of her busy schedule. Besides, she also conducts several health camps in the rural interiors to raise awareness about safe maternity, menstrual hygiene or common physiological disorders.

Keep cavities and plastic menace at bay with this amazing Bamboo toothbrush, with charcoal bristles!

But how did this happen?

“I was on an official visit to a block hospital in Santuri, Purulia, where I found the number of medical staff as well as the infrastructure to be insufficient. While inspecting the hospital rooms and corridors, I thought what can be a better way to connect with people than to attend to the patients,” recounts Bhaskar, in a conversation with The Better India.

That day, she treated around 40 patients, listening to their medical woes, prescribing and arranging necessary medicines.

This was more than six months ago. Ever since, Bhaskar has treated and directly interacted with patients on multiple occasions. However, she strongly feels that as an IAS officer, she has not done something extra-ordinary, rather it is her first and foremost duty to ensure that her people are healthy and happy.

Bhaskar hails from Varanasi where both her parents are distinguished doctors.

For a while, it looked like she was following in their footsteps⁠—she completed her MBBS degree from RG Kar Medical College in Kolkata and was posted as a government doctor in a remote village.

However, that posting turned out to be a life-changing experience.

“The appalling healthcare scenario and the lack of awareness among villagers was extremely shocking. While as a doctor, I might have alleviated their symptoms, it was beyond my reach to improve their living conditions⁠—and that’s when I decided to join the IAS,” she asserts.

This determination prompted her to prepare and appear for the UPSC examinations, where she emerged with flying colours and secured the 76th rank in her very first attempt, at the age of 24.

Since then she has been appointed in a series of roles, presently heading the Sub-Divisional Office in Raghunathpur, Purulia.

As the SDO, Bhaskar also conducts regular health camps in the obscure interiors, often in the hilly terrains of Purulia, mostly directed towards women and their recurring health problems.

Expecting mothers are advised about institutional delivery and often convinced for the same with incentives like nutritional supplements and newborn care kits at the hospitals.

She also organises exclusive meetings with new mothers to educate them about the nitty-gritty of neonatal care at home.

“We also arrange menstrual hygiene sessions for adolescent girls where they are taught the importance of sanitary napkins and how to manage their monthly period,” shares Bhaskar.

As an administrative officer, Bhaskar envisions to achieve the best of healthcare and lifestyle facilities in her area.

“Treating patients now and then is just a stop-gap arrangement. What I truly want to ensure is that the living conditions are improved among these tribal communities, so that their rate of ailments decline altogether.”