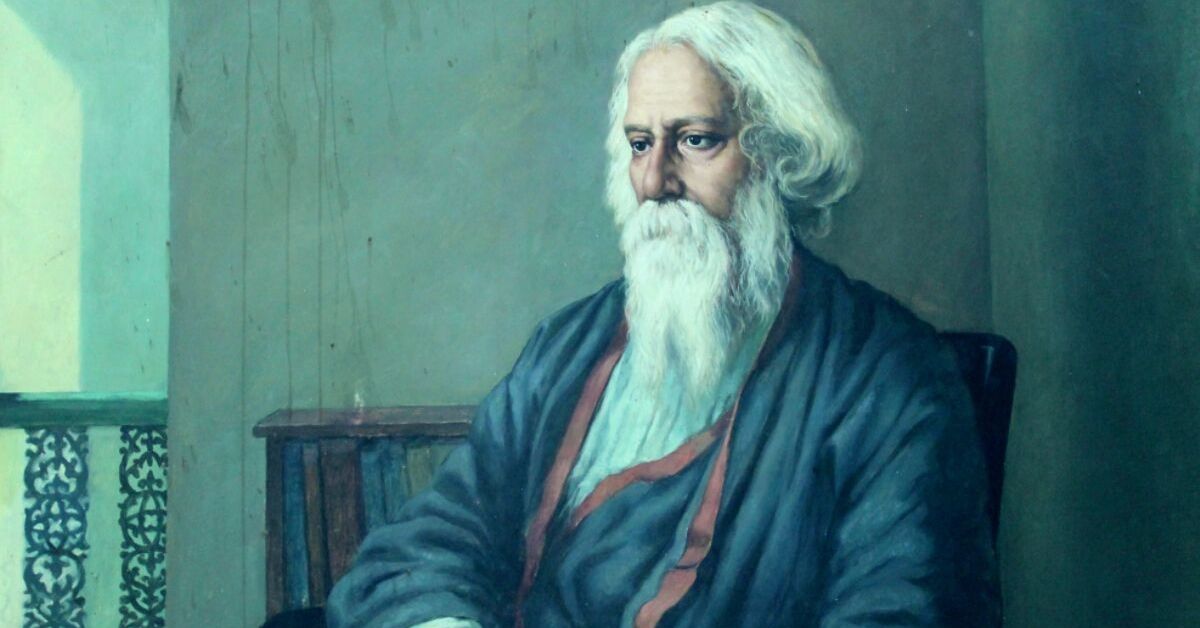 “He transformed the religious tradition of Raksha Bandhan to a secular motif of unity among diversity and resisted Banga Bhanga (Partition of Bengal).” #History #IndependenceDay #RakshaBandhan #Rakhi

A simple piece of coloured thread, decorated with love and a promise to care and support one another, is what rakhi has always meant to me. It has never been about the gifts or my brother’s tall claims of protecting me from harm.

Instead, it’s more about an emotional bond that ties two individuals so that they are always there for each other, no matter what.

A sacred piece of thread was used to drive hundreds towards a positive change. You can do the same with these eco-friendly plantable rakhis, that will not only be a promise of love and support to your brother but also the environment. Check them out here.

And almost 100 years ago, this precise idea inspired the great poet, Rabindranath Tagore to re-introduce the centuries old festival, Raksha Bandhan, as a celebration of Bengal’s unity, at a time when imperialism threatened to break it apart.

Rakhi, a symbol of unity

At the dawn of the 19th century, Bengal had emerged to become a hotbed of nationalist movements, threatening the British rule. Bengal was meant to be their power centre, but the bubbling discontent among the citizens was a major cause of concern for them.

Hence, in an attempt to curb this, the British decided to resort to the ‘divide and rule’ policy. Their strategy was to break the communal harmony between Hindus and Muslims of the region, and Lord Curzon, the then Viceroy of India was made in-charge of it.

The decision for Bengal’s partition was taken at a meeting between Curzon and a Muslim delegation in Assam, in June 1905, whereby the Hindu majority regions of West Bengal, Bihar and Odisha were to be separated from Muslim-dominated areas of Sylhet and Assam. A month later, they passed the order for partition, which came into effect on 16 October.

The move was vehemently opposed by prominent leaders of the time, including Rabindranath Tagore.

Coincidentally, by the time the partition of Bengal was about to come into effect, the month of shravan had arrived. It is the time when the festival of Raksha Bandhan is celebrated by the Hindu community, and Tagore realised that a simple thread, steeped in mythology and folklore, had the true power to unite thousands of people, invoking brotherhood and togetherness among the two communities.

Hence, the festival emerged to become a symbol of protest against the British partition policy.

“He transformed the religious tradition of Raksha Bandhan to a secular motif of unity among diversity and resisted Banga Bhanga (Partition of Bengal),” writes A Majumdar in his book, Tagore by Fireside.

A single thread weaving communities together

An influential leader at the time, Tagore put in all his efforts to call out to his fellow citizens to rise above their communal identities and embrace each other in unity. As anticipated, the simple thread helped weave the sentiments of hundreds of Indians together.

Be it on the streets, or in community halls, hundreds of Hindus and Muslims came together to tie each other rakhis, as a symbol of protest against the British government’s divisional policies.

For the next six years, widespread protests continued in Kolkata, Dhaka and Sylhet, until the colonial government was left with no choice. In 1911, the British finally withdrew the partition, marking a great victory in the history of India’s freedom struggle.

Despite the political upheavals that followed this victory, this incident hidden between the pages of history books, continues to be a living example of communal harmony in Bengal, and other parts of the country—something to draw inspiration from.

Also Read: How Tagore’s Love For Strange Food Paved The Path For the Modern-Day Adda!