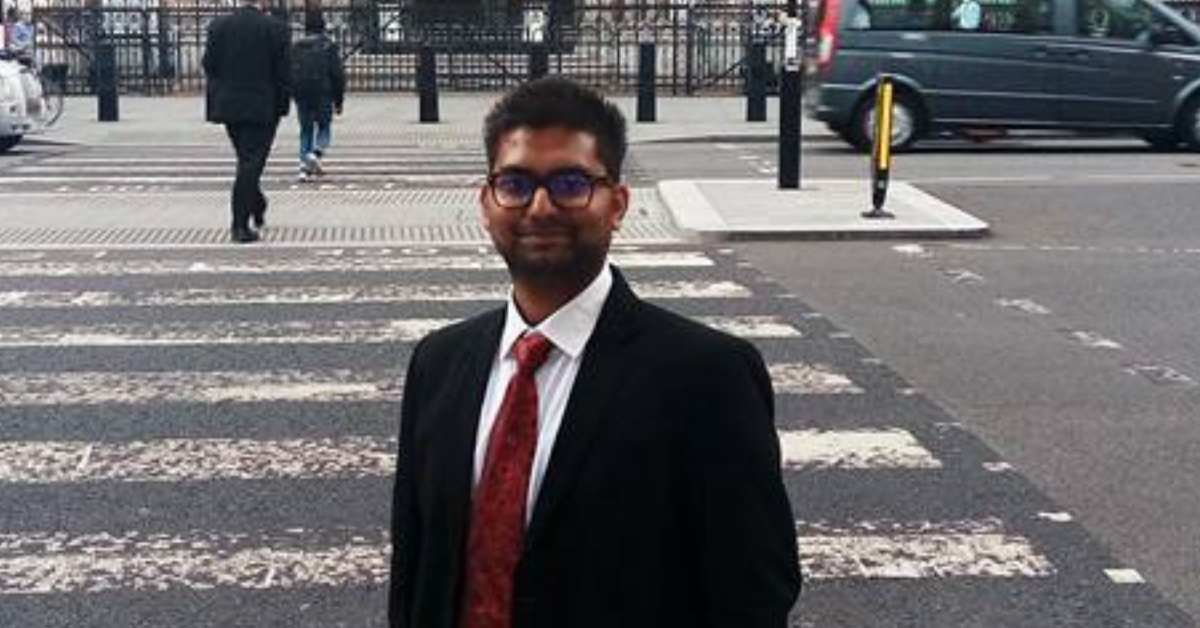 As recently witnessed in #Telangana, errors in exam results can lead to heartbreaking chaos. And this situation worsens when institutions charge high fees for accessing answer sheets — a fact that compelled 27-year-old Paras Jain to single-handedly fight for the rights of students.

A brilliant student, Paras was looking forward to his exam results but was in for a rude shock when he found out that he had failed the paper on Financial, Treasury and Forex Management. Strangely enough, he was certain about scoring the maximum marks in the same subject.

Confident that there was a major error from the college’s side, Paras decided to recheck his answers and sent in an application to see his answer sheet. The Institute charged him Rs 500 for the process, which irked Paras.

“Rarely do college students get to see how their answers are valued and where they have lost marks. And so, when the results turn out to be unsatisfactory, they ask the college for answer sheets. I was able to pay Rs 500 to obtain the copies of my answer sheet, but realised that many students might have found it to be beyond their means,” he informs the Better India.

In 2011, the Supreme Court had passed a landmark judgement saying that the answer sheets of students would be considered as information under the Right to Information Act, 2005.

Following this judgement, the charges for the answer sheet was fixed at Rs 2 per page. People below the poverty line would not be charged any amount.

Paras requested the ICSI to provide him with the copies at Rs 2 per page as per the RTI Rules, but when it refused to do so, he decided to file a case in the Delhi High Court.

Interestingly, Paras fought his own case, and guiding him in his endeavour was a social activist and senior lawyer, Prashant Bhushan.

“My first three appeals before the First Appellate Authority, Central Information Commission, Delhi High Court (Single Judge) were dismissed. In the fourth appeal to the Division Bench of the Delhi High Court, I convinced the Court as to how the answer sheet is information under the RTI Act and can be provided at Rs 2 per page, on the basis of Supreme Court Judgment—CBSE & Anr. Vs. Aditya Bandopadhyay & Ors. (Civil Appeal No. 6454/2011). The Court quashed the guidelines of the ICSI and directed the Institute to provide me with the copies at Rs 2 per page,” says Paras.

The ICSI argued that according to the Guideline No 3 of the University Grants Commission, a fee of Rs 500 per subject per answer books was payable by the students for a certified copy (or copies) of their answer sheet. Additionally, they would have to shell out Rs 450 for the inspection of an answer book.

After winning the case in the High Court, the case moved to the Supreme Court. In April 2019, a two-judge bench comprising Justices NV Ramana and S Abdul Nazeer upheld the High Court’s ruling.

The SC ruled that if a request for the answer sheet is filed under the RTI Act, educational institutions cannot charge above the price fixed by the Central Government. Only if the application is filed under the guidelines of the appellant, is the institute allowed to charge the amount recommended by the UGC.

“…The Right to Information (Regulation of Fees and Cost) Rules, 2005 which also entitles the candidates to seek inspiration and certified copies of their answer scripts. In our opinion, the existence of these two avenues is not mutually exclusive, and it is up to the candidate to choose either of the routes. Thus, if a candidate seeks information under the provisions of the Right to Information, then [the] payment has to be sought under the rules therein. However, if the information is sought under the guidelines of the appellant, then the appellant is at liberty to charge the candidates as per its guidelines.”

You may also like: Chennai Lawyer Behind 18 GI Tags Explains How It Can Preserve Tamil Nadu’s Heritage

After having won this case, Paras, and Kumar Shanu, a lawyer, founded an organisation called Whistle for Public Interest (WHIP) which organisation provides a platform for law students to undertake public interest litigations.

“Winning this case in the Delhi High Court made my life purposeful. I realised that even an individual with sound legal knowledge can bring many positive changes in the society. Now, the Supreme Court of India has directed the ICSI to follow the mandate of the RTI Act and provide information of answer sheets to the candidates as per the fees prescribed under the RTI Rules, 2012 i.e., Rs 2 per page. This landmark ruling is applicable to all authorities conducting exams-Universities, Boards, Professional Bodies, UPSC, SSC, etc,” says Paras with a proud smile.

“I joined law school in July 2014. In November 2015, I co-founded WHIP, a platform for law students to put their advocacy skills in resolving public issues, and in promoting transparency and accountability in the system,” he adds.

With four core members and about 60 other law students supporting their work, WHIP has already made a mark in Delhi.

You may also like: This Lawyer’s Powerful PIL Helped 132 Orphaned Girls in Uttarakhand Get Free Education!

In 2016, WHIP filed a case against the chairman of the CBSE for wrongfully charging Rs 1200 to supply answer sheets to the students, and denying them the right to access these documents under the RTI Act.

In 2017, they sent a letter to the Supreme Court, exhorting the judges to use the microphones installed on their desks in courtrooms, which reportedly cost Rs 91 lakh, to ensure that the proceedings were audible to the audience.

The fight that Paras undertook in 2013 will go a long way in helping students who cannot afford to pay hefty charges for their answer sheets. It may have cost him a lot of time, money and resources to argue the case but the lawyer is satisfied that thousands of students who appear for examinations every year will now have access to their answer sheets at the correct rate.

You can reach out to him on his email ID: whipofficial01@gmail.com.