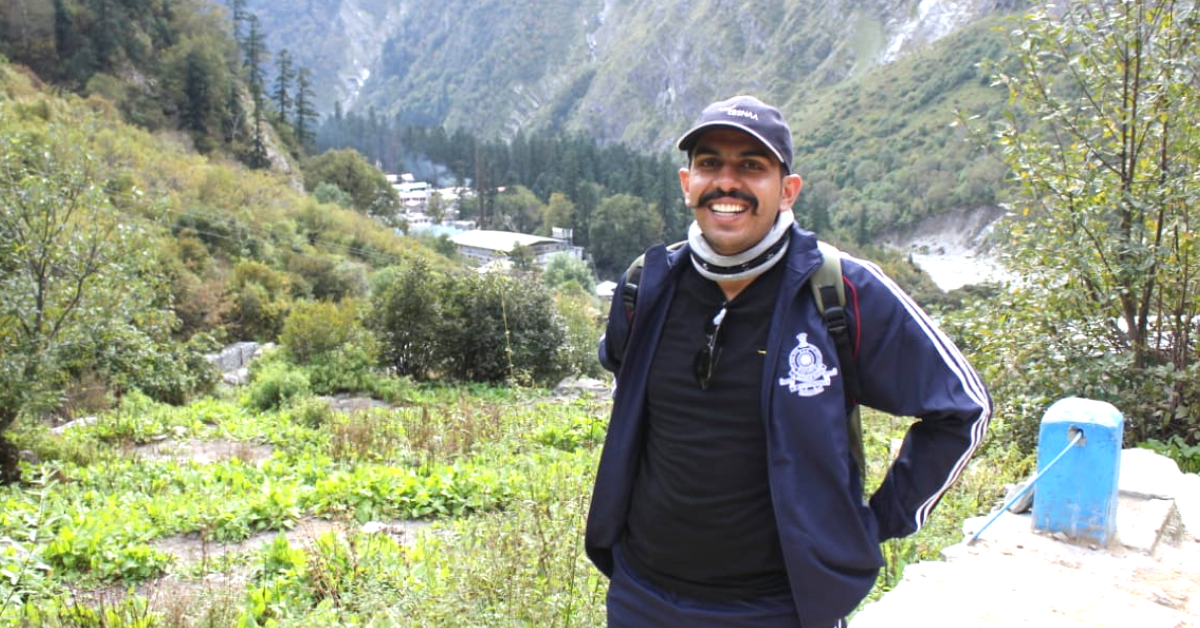 The Winter Tour, popularly known as Bharat Darshan, as the name suggests, is just that – a journey into India’s hinterlands and attachments with various governmental and private organisations to understand India better.

As a civilian, my knowledge of the armed forces and their lives was almost negligible. Books and movies formed a large portion of what I knew, and most times, the information from these sources was not entirely credible or accurate.

The first real glimpse into an armed forces family was when I moved to Pune to study. My roommate’s father was in the armed forces, and I remember her silent prayers each evening. It was nowhere close to what I had imagined their lives to be like.

In speaking to various Officer Trainees during their Winter Tour, I have come to realise the importance they all lay on their armed forces attachment.

The Winter Tour, popularly known as Bharat Darshan, as the name suggests, is just that – a journey into India’s hinterlands and attachments with various governmental and private organisations to understand India better.

Deshal Dan, a topper from the 2017 batch, shares his experience of the Winter Tour with The Better India.

Originally from the Sumaliyai village of Jaisalmer, Deshal Dan had a very modest start. His father, Kushaldan Charan, is a tea stall owner in Jaisalmer and had financial problems for most of his life.

Having lost his older brother to an accident on-board the INS Sindhurakshak submarine in 2010, Deshal valued the attachments of the armed forces and navy highly.

“We are mostly so cocooned in our own lives that we have no idea how the armed forces function,” he begins.

“Did you know that those posted in high altitudes have to spend almost a month in getting acclimatised? It is not just physically taxing but also takes a toll on them emotionally,” he informs me.

He says, “I had an inherent interest in being a part of the Navy attachment. Having heard so much about it from my late brother, it was even more interesting to see how they functioned in reality, finally.”

Working inside a submarine has to be one of the toughest jobs in the world, he says.

“Imagine yourself inside a box with hardly any space to move around. That is how it feels once you are inside the submarine. There is no space to eat, sleep, or even to sit and catch a breath,” says Deshal.

Despite such conditions, officers spend months inside the submarine when they are sailing. “They get to sleep for maybe four hours a day, and even then, they cannot move once they lie down,” he says.

Why the Winter Tour is of significance

Deshal answers, “We have all read about these things. We know India’s geography and history, but to experience it all first-hand is something else.”

In being a part of this tour, the Officer Trainees get a hands-on experience of working with Public Sector Undertakings, private companies, NGOs, among others.

On ground during the tour, he learned of the real expectations of the people from IAS Officers. “Being available and accessible to the people are the most basic ones,” he shares.

Having grown up in a village, Deshal is no stranger to the problems that plague them. “There are many villages where there is a dearth of basic amenities even today,” he says.

One of the biggest grouse most people have is with the power of being an IAS officer, one forgets why they became one in the first place.

“It is important to constantly remind yourself of the work you set out to do.”

During their village visit, Deshal noticed that everything seemed too good and that, he says, must change – “We must see things for what they are. Sprucing things up for a day’s visit will not help anyone in the long run,” he concludes.

While these are just a few instances that Deshal shared, we hope that the Bharat Darshan has prepared him for the officer he hopes to become.