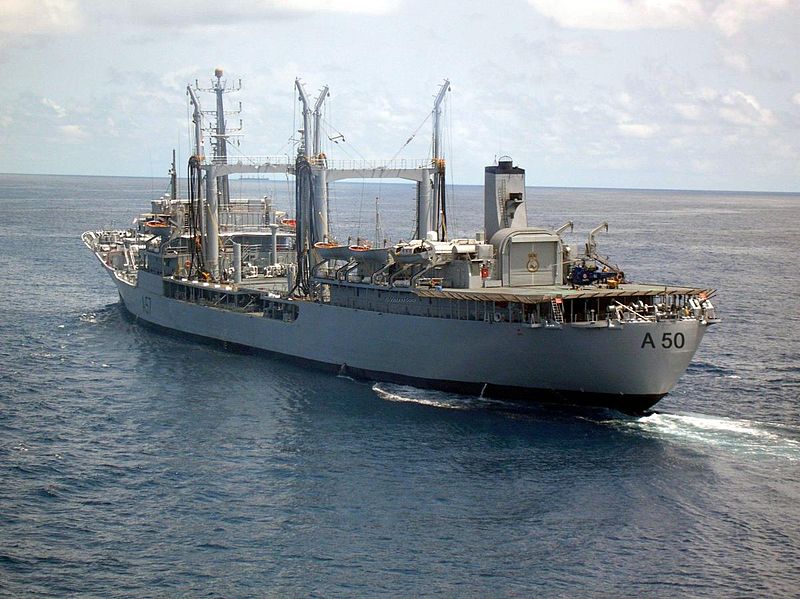 INS Deepak carried around 1,000 tonnes of water to Maldives and has the capacity to produce fresh water everyday.
Promotion

India has carried tonnes of fresh water to Maldives during its recent acute water crisis. Know more about other such commendable initiatives by India to help neighbours. From helping Afghanistan in improving its infrastructure to reaching out to Philippines when a typhoon hit the country, read how India has been at the forefront when it comes to extending help on humanitarian grounds.

India and Maldives have always shared friendly relations and India went a step forward to prove its loyalty to the friendly neighbour in its recent water crisis. The Indian Navy and Air Force carried around 1,000 tonnes of fresh water to Male to help Maldives which is suffering from an acute drinking water crisis.

The popular tourist destination of Maldives ran out of potable water when its only desalination plant caught fire. Responding to the critical condition of the island country, the Indian government extended a helping hand and was the first country to reach out to Maldives with assistance.

Indian Navy extended its help and deployed INS Sukanya and the INS Vivek which have the capability to purify water on board through Reverse Osmosis (RO) systems. After the news broke out, India diverted INS Sukanya, which was patrolling near Kochi, to Male.These ships will stay at Male harbour until the desalination treatment plant in Male has been repaired.

INS Sukanya has carried around 65 tonnes of fresh water to Male and has the capability to produce 20 tonnes every day. INS Deepak, a large fleet tanker also left from Mumbai with around 1,000 tonnes of water to Male.  INS Deepak is capable of producing 100 tonnes of drinking water every day.

Indian Air force also dispatched around five aircrafts including IL-76 aircraft on Saturday to take 20 tonnes of drinking water to meet the needs of over 150,000 residents who are struggling to survive without drinking water. Indian Air Force also sent two C-17s with another 90 tonnes of fresh water.

Experts say that it will take eight to ten more days to restore the regular water supply in Maldives. Dunya Maumoon, Minister of Foreign Affairs, Maldives reached out to India’s Minister of External Affairs, Sushma Swaraj, bringing to her notice the state of emergency in Maldives. Swaraj then discussed the issue with Modi leading to quick action, making India the first country to reach out. This was what the Prime Minister had to say on Twitter:

I assure you President @MohamedNasheed that India stands shoulder to shoulder with Maldives & together we will take our ties further ahead.

This is not the first time that India has helped the neighbours. In 2011, India had signed a strategic partnership with Afghanistan which included training of Afghan security forces.Last year, India hosted a 60-member Special Forces group in Rajasthan and supplied combat vehicles and medical support to Afghanistan.

The Indian government also signed an agreement with Russia under which it will pay to supply arms and equipments like mortars, artillery to the war-torn and terrorist-ravaged Afghanistan. Apart from providing help to the army, India has invested two billion dollars in Afghanistan to make highways, hospitals and other rural projects. India also runs the biggest children’s hospital in Kabul.

When a bad hurricane, Haiyan, affected Philippines in 2013, Indian military extended a helping hand and provided relief material to the people in need in the island country.

India also  proposed to help Pakistan in eradicating polio and in tackling the floods that recently devastated Jammu & Kashmir.

The Indian government has time and again proved that when it comes to humanitarian aid, it does not think twice before reaching out to the neighbours. Three cheers to all the amazing efforts.