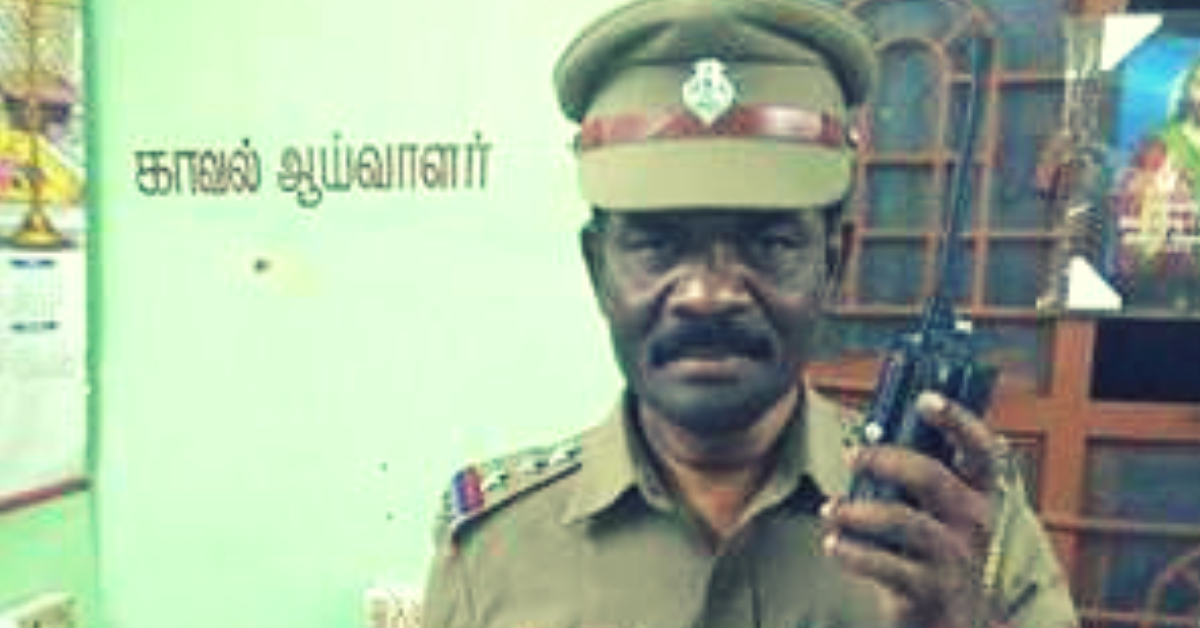 What’s really interesting is how during the night patrol, his voice booms through the wireless network with words that both inspire and make each one think about life.

Police personnel who go on night patrolling have it tough. There is one policeman, however, who understands the feeling and in his own way, tries to bring a smile on the faces of his companions.

Meet police inspector S Kanagesan, a poet in a khaki uniform. Writing poetry since the age of 13, he says that his love for the Tamil language motivates him to write.

I must mention here that he is also a three-time published author, who is currently working on his fourth book–an anthology.

49-year-old Kanagesan was recently transferred from Ooty to Chennai.

In a report published by The New Indian Express, he says, “The book will have poems on the hardships of the police to farmers, life of freedom and supportive superiors to insensitive senior officers. A poem during the hectic night patrol might help boost the personnel.”

He attributes his success to his wife, who is the first to listen to his recitals.

What’s really interesting is how during the night patrol, his voice booms through the wireless network with words that both inspire and make each one think about life.

On a recent night, he recited a poem highlighting the pride of the uniform. Also, on most occasions, Kanagesan pens these poems on the spot.

Speaking to The Hindu, he says, “I have been doing it since 1997, when I joined as a sub-inspector in Harur, Dharmapuri district. I have been writing poems since my school days and have authored three books– Dagam, Kavitha Dagam and Semmozhi Tamile Vazhga.”

Lack of motivation and sleep are things that many police personnel on night patrol duty grapple with. But Kanagesan’s poetry has been quite the stress buster for his colleagues.

Reacting to the poetry, a woman sub-inspector told the publication, “Sometimes poetry can be bland, but his lines are very motivating. He has composed poems on the ill-effects of alcoholism, (the) importance of education and women’s empowerment, among other subjects.”

We, at The Better India, wish that Kanagesan finds larger platforms to voice his beautiful verses and continues to motivate people.

You May Also Like: Chennai Woman Abused in Hospital: 5 Things To Note While Seeking Medical Treatment