FACT CHECK: Worried About Contaminated Polio Vaccine? Here’s All You Should Know 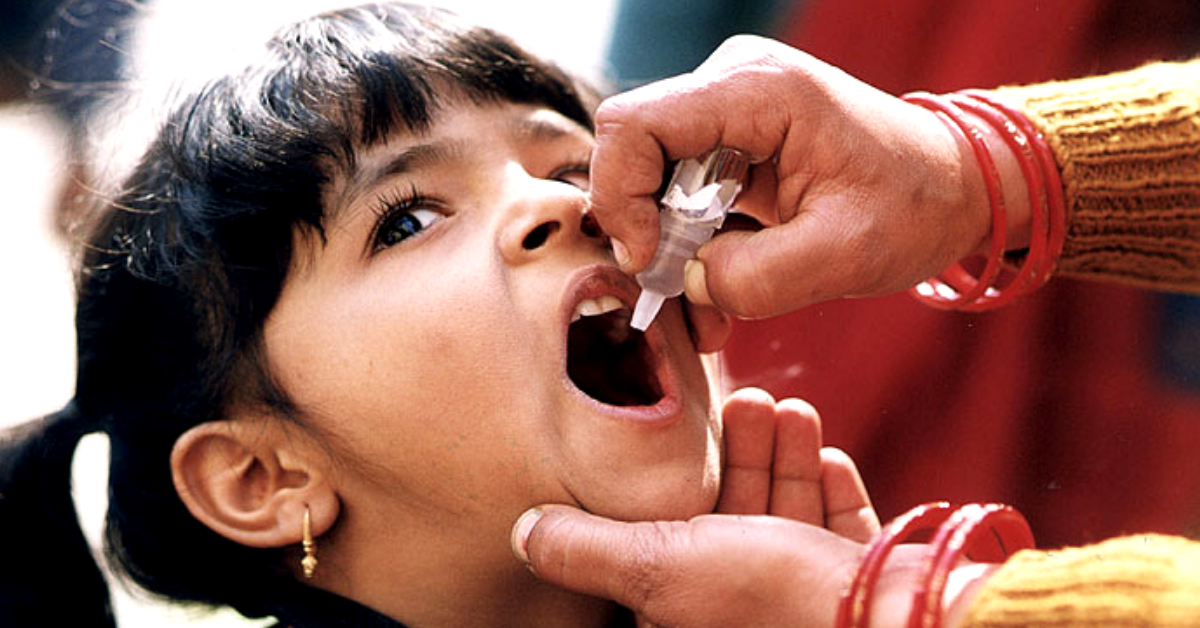 The batch under investigation has been recalled, and those children who have been administered this vaccine are being monitored.

“Do not take your child for the oral polio vaccine tomorrow.” This is the message I woke up to this morning.

I am a part of several parent groups on WhatsApp, and each one of them was buzzing with activity today. Every parent was trying his or her best to ascertain whether the news was true and if it were, then what should be done.

1. On Monday, reports emerged citing that a batch of oral polio vaccines manufactured by the Ghaziabad-based company Biomed was allegedly contaminated by an older strain (strain II) of the virus, which India had supposedly eradicated in 2014, as per reports by the World Health Organisation (WHO).

2. Once these reports emerged, the Drug Controller General of India (DCGI) immediately filed a First Information Report (FIR) and issued a notice to the company asking them to stop manufacturing and distributing the vaccine until further notice.

3. The Managing Director of the company making the vaccine has also been arrested, pending further investigation.

4. The batch under investigation has been recalled, and those children who have been administered this vaccine are being monitored.

5. A total of 1.5 lakh vaccines were in the market, of which 2/3rd were administered, and 1/3rd have been recalled.

6. Only some of 1.5 lakh vials oral polio vaccines – administered to children in three states – Maharashtra, Telangana and Uttar Pradesh – were contaminated with strains of type-2 polio virus.

The Ministry of Health has assured that there are sufficient stocks of the polio vaccine from alternate sources to implement its Routine Immunization (RI) and Pulse Polio Immunization (PPI) programme without any hindrance.

Further, speaking to The Quint, Dr Jyoti Joshi Jain (Center of Disease Dynamics, Economics and Policy) said Biomed was one among many manufacturers contracted by the government, and that the OPV was still safe for administration.

The Better India spoke to Dr Rifa Tazyeem Khan, Clinical Epidemiologist, Y R Gaitonde Center for AIDS Research and Education, to understand what this means and how we must address the issue.

To give us a sense of the various types of polio vaccines, Dr Khan said, “There are two types of vaccines – the oral vaccine and the injectable vaccine. Most of the high-income countries have shifted to administering the injectable type of vaccine as they are supposed to be much safer than the oral ones. But the drawback is that it does not provide herd immunity.”

India has now moved to the bivalent vaccine, and in this particular case, the contamination happened in the type (II) polio virus. In such a situation, Dr Khan believes that controlling public reasoning is very important.

Close to 2,000 doctors and field monitors are involved in administering these vaccines, and there is a lot of thrust on ensuring that they are trained well.

“The vials that these polio vaccines come in are built with a safety mechanism. The top of the vaccine vial is usually of a different colour and if it has gone bad, the colour of the vial changes. This helps even the field worker understand what’s happening,” said Dr Khan.

What we need now is to concentrate on active quality control, she insists.

Here’s how you can be conscious of the vaccines you are administering to your child:

1. Whenever you are getting your child vaccinated, do consult the paediatrician or the nurse administering the dosage before the vaccine is administered.

2. Be aware of your child’s medical history and share it with the paediatrician or the nurse.

3. Read up and ask questions about post-vaccination fevers and symptoms.

4. Do not get a vaccine administered if your child is running a fever, has a runny nose, or an infection of any kind.

6. Do not shy away from a conversation with your paediatrician about the vaccine. Ensure that all your questions are answered before the shot is administered.

We urge you to refrain from falling prey to unsubstantiated WhatsApp forwards. When in doubt, visit your nearest health centre or speak to your child’s paediatrician.