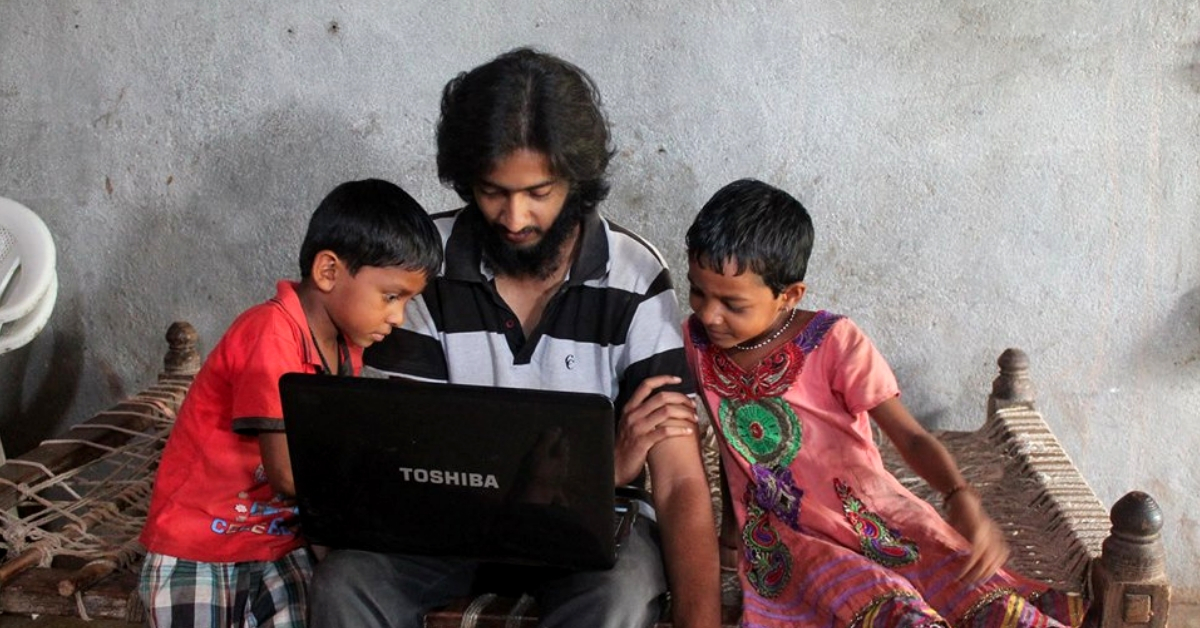 “I had read in a census report that this village was completely untouched by development or political involvement of any kind and felt that it was ideal for me as a researcher. There are hardly any schools or toilets here.”

Every evening as the sun begins to descend, she carries a small bunch of firewood to her kitchen. Her home is poorly ventilated, but that does not bother her. She plans to roast bhakris that will feed her hungry family and tired husband, who will soon be home after toiling on the farm for the entire day. Just as she ignites a fire in the chulha, grey smoke floods the premises.

You and I know the health hazards of sitting in a smoke-filled room, but for the Pavra community living in the Nandurbar district of Maharashtra, this is normal.

Mostly untouched by modern developments, the community “meets” people not belonging to their community only when some adventure freaks go there for treks. Their village doesn’t receive water supply or electricity from the government, but that hasn’t stopped the inhabitants, who belong to the Bhil tribe, from being self-sufficient.

The culture of this agrarian community and their isolation from the urban development became a case study in the Indian Institute of Science in Bengaluru.

Amogh Sahaje, who was a student at the institute was fascinated by them.

“I had read in a census report that this village was completely untouched by development or political involvement of any kind and felt that it was ideal for me as a researcher. There are hardly any schools or toilets here. Malnutrition and poverty is a major issue in the village which I am trying to fight,” Sahaje told Pune Mirror.

After he graduated, Sahaje started working for the community and directed his focus towards introducing solar energy in their kitchens. A study has found out that as of 2018, the burning of biomass is the deadliest source of air pollution in the country and accounts for a shocking 25% deaths linked to pollution! So Sahaje decided to introduce a project called “100 suns” to the Pavra homes.

The solution is not unique as such, but his model is. Rather than relying on experts to install and repair the solar panels, Sahaje has introduced DIY units in the village.

This empowers the community to look after the wear and tear of their solar energy units, thus maintaining the isolation they have with the outside world.

The cost of these solar panels ranges from approximately Rs 1000-2000, and can be shared by several households and be used for years together! With depleting forested areas and the health hazards that are emitted along with the smoke, the solar panels have come as a blessing to the families.

You may also like: This Man Won a 30-Year-Long Fight to Save 15K Hectares of Maharashtra’s Mangroves

After he introduced the panels to the village, Sahaje also put out a word about them on the internet. And soon enough, his model got international attention!

A Ghana-based NGO, called ‘Partners in Sustainable Development’ has even introduced the model in the country.

“The model has been replicated in the villages of Ghana, Zimbabwe, and Bolivia. I have also collaborated with the ‘Devrai Art Village’ an NGO based in Panchgani, Maharashtra and have helped them make another 100 Suns. I have not patented the design as I want the communities in need to replicate the design and use the solar panel for cooking purposes. But I do have the copyright on the construction manual,” said the IISC alumnus.

Living with the community has taught Sahaje about the unique culture and traditions they follow. He is determined to empower them by enhancing education and introducing their culture to the world. The community too has welcomed Sahaje’s innovations and ideas with arms wide open.