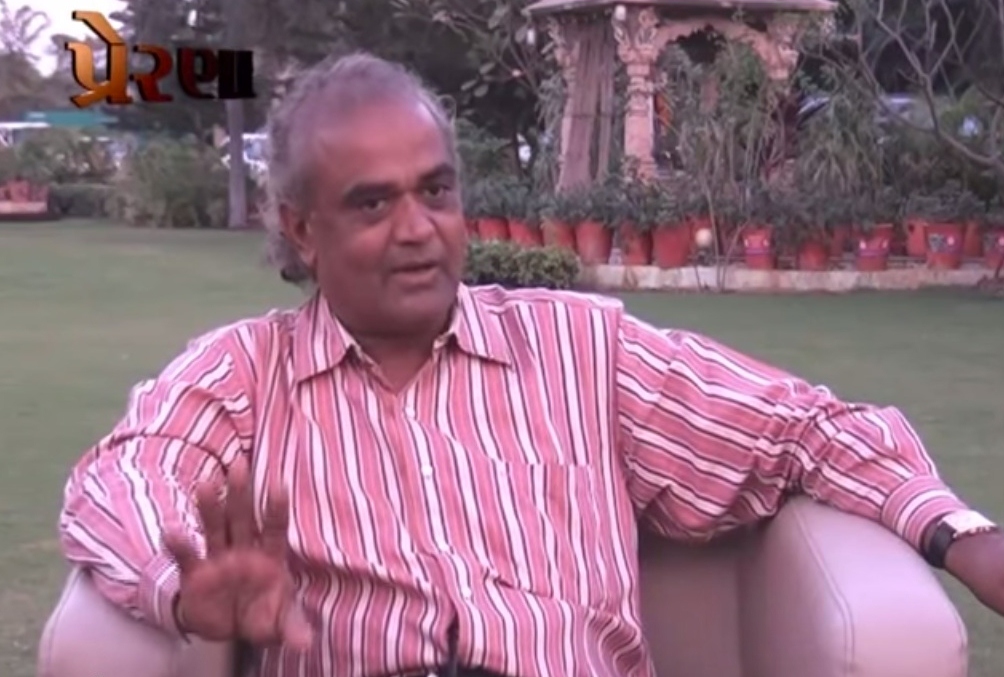 In the YOUR VIEW section, we highlight some of the most pertinent and interesting letters and opinions sent to us by our readers. Have something to say? Write to us: contact@thebetterindia.com with “YOUR VIEW” in the subject line.

Savji bhai Dholakia, a diamond merchant in Surat, has shown the way on how to reward and incentivise employees by offering them a choice between owning a car, jewelry or an apartment as Diwali bonus this year! Nalin Rai tells us more about the visionary here.

Even a Tata or a Birla have not done, though they are considered the doyens of Indian business, what a diamond merchant from Gujarat, a businessman who technically has studied only up to 4th standard, has done. Savji Bhai Dholakia’s example would be difficult to find, and in the times to come, is indeed going to become a case study of how to carry along the workers and develop a strong and vibrant organization.

Savji Bhai Dholakia would surely have done Mahatma Gandhi proud, as he spent more than Rs. 50 crores on his employees as a part of Diwali bonus in the form of cars, houses and jewelry. Mahatma Gandhi used to advocate that the real Swaraj would only come if the wealth of the owners is distributed among the workers and when this situation is arrived at, only then would India grow in real terms. Savji Bhai Dholakia has also turned the concept of loyalty on its head, as the bonus that he distributed to his employees was a part of the loyalty programme that he has designed for the employees who work with him, each employee being given loyalty points aggregating through 25 different kinds of criteria.

For the pundits who profess HR theories and urge companies to implement them if they want to see their organizations grow, Savji Bhai indeed is going to challenge all their established paradigms, ideas and processes which they practice from the ivory towers using tools in the form of power point presentations to hurl it down the throats of corporate czars as the panacea to all the ills plaguing their companies. In Savji Bhai, the HR pundits indeed have found their anti-thesis and for the Indian companies in particular it is certainly going to be a big challenge to counter the feel-good environment that Savji Bhai has created through this innovative bonus disbursement exercise that he has undertaken.

A class four drop out, Savji Bhai has again underlined the maxim that an educational degree is never a stumbling block if one has the will and the determination to make his presence felt. His story has striking parallels with those of Shah Rukh Khan who, when denied a place to sleep, had vowed on the Chowpatty beach that he will rule this city. Same happened with Savji Bhai as well, as he also had vowed to take his revenge by rising from the ashes like a phoenix and he indeed has risen as he exports diamonds to 65 countries around the world.

His streak of welfare is not relegated to distributing bonus for his workers. He has created a state-of-the-art stadium in Surat and the inspiration to build it up came from the Lords match where Saurabh Ganguly had famously waved his T-shirt after India defeated England owing to the phenomenal efforts of his team mates. The stadium that he has built is the same stadium where all the cars were displayed at bonus time and this stadium is the venue for his workers to congregate in the evening and indulge in sports activities, sauna baths and relax to prepare with a new zeal for the day that is going to unfold the next day, creating an ambiance of positivity to inject an element of exiting possibilities for his workers on a daily basis. His indulgence for physical structures is not confined to building a stadium for his city – Surat, he has also built an airport and is going to start flight services from this airport for his workers soon.

He is so unassuming that he does not have any hangover about giving an interview sitting outside the airport beside the roadside. It is this unassuming nature which has perhaps been the catalyst for developing another innovative paradigm in his company. Savji Bhai sends the parents of his workers to religious tours, all expenses paid by his company, the underlying principle being that if the company is not able to take care of such aspirations of the parents of the workers, how would the workers work in the factories with full devotion and dedication? Has anybody heard of any such initiative of this kind by an employer expanding its outreach to the parents of the workers as well? For sure no company anywhere across the world would pass the muster on this count, and included in this would be any Fortune 500 companies anywhere around the world including India.

Savji Bhai is also candid about the fact that had he got the supposed proper education he would not have done what he did for his workers. His success has also raised questions about the way education is imparted in our country and the way it nips in the bud the streaks of innovation and entrepreneurship. It is an idea which has succeeded and the success of the idea lay in the fact that it was not the head that was ruling the heart, but it was the heart which was commandeering the head.

As Diwali is celebrated with fervor and enthusiasm, initiatives of the kind which Savji Bhai has initiated need to be savored and toasted. And as the country ushers in labor reforms, it is the individuals of the kinds of Savji Bhai who work with the grass root workers, semi-literate graduates, whose experiences need to be utilized to build a better India. Savji Bhai hopes that for each city in India within the next 5 years, there would be 1 Savji Bhai who would lead this kind of initiative as the time for India has come and nobody can stop it from moving forward with a sense of determination, conviction, confidence, faith and emotional pride about the entity called India. After all, India is just not a country but an idea whose time indeed is just round the corner.