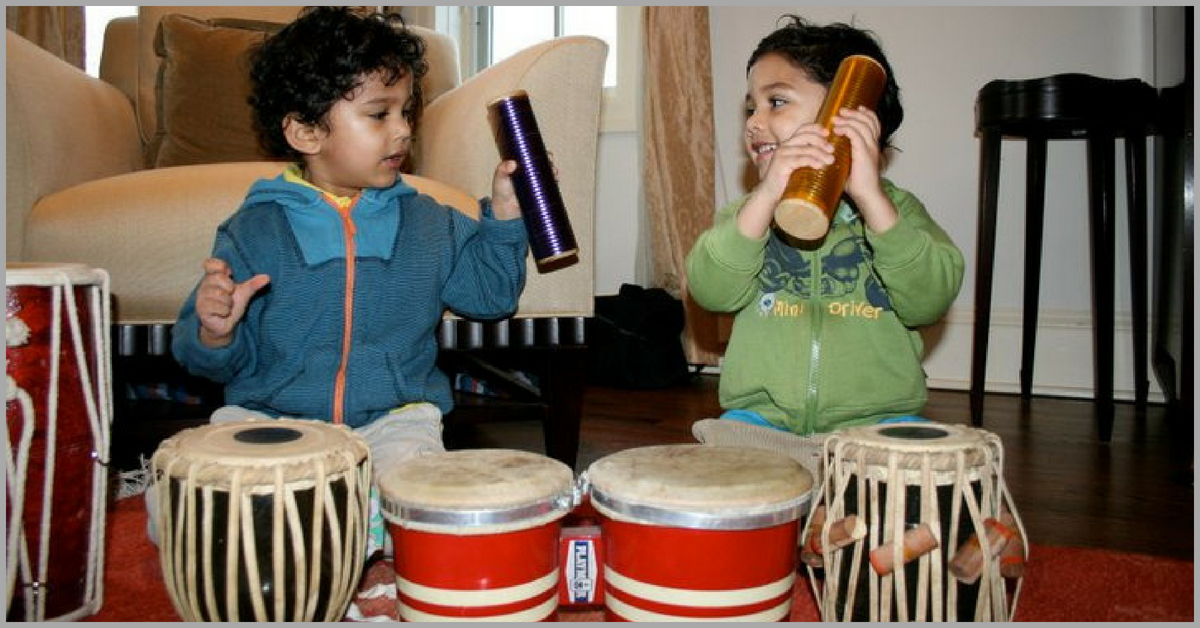 However, exposure to classical music is not the only benefit a young child gets from attending Little Ustaads.

It’s 11 am on a Saturday, and 3-year-old Afrah and her mother are going to spend the next 45 minutes in the company of children between the ages of six months and four years and their parents, tapping their feet and exploring some notes of Indian Classical music.

Afrah and her friends are among the many children across Mumbai attending the Little Ustaads classes, a series of parent-and-child sessions, which expose very young children to Indian Classical music in a fun, child-friendly and engaging format.

“My daughter and I have been attending Little Ustaads since she was eight months old and enjoy it. It’s a novel concept and designed to teach seemingly difficult things in a manner that suits children’s instincts and temperament,” says Priyanka, Afrah’s mother.

Little Ustaads was founded by Rachana Chandaria-Mamania and Kavita Bafana, in 2008, two mothers of toddlers who wished to expose their own children to Indian Classical Music. The organisation has grown to five other cities in India as well as to three locations in the United States. Rachana is a trained Kathak dancer and Kavita is a classical singer.

“We were looking for toddler music classes and realised that they all catered to western music. Children, at least in a city like Mumbai, hardly get the exposure to Indian classical music,” says Rachana.

Along with Kavita, she designed a ten-session module that introduced the basics of raag, taal and sargam in 45-minute sessions. In Mumbai alone, over 800 children have attended Little Ustaads sessions over the last decade.

“We have had a lot of success and positive feedback in Mumbai, and this inspired us to offer our classes in other Indian cities, viz, Jaipur, Ahmedabad, New Delhi and Kolkata,” says Rachana.

When Kavita moved to New York City a few years ago, she began offering Little Ustaads classes there and with time, she has been able to offer classes in New Jersey and Dallas as well. “Thanks to the vibrant Indian diaspora in these cities, we have been able to expand and reach more children. The response has been nothing short of incredible,” says Rachana.

Rhythmic tunes, rich vocals, mini instruments and vibrant visuals are an integral part of every Little Ustaads session, where a specially composed sound track aids the teachers in facilitation. A session begins with a welcome song that the children tap their hands to, and moves on to singing the Sargam or the seven basic notes in Indian classical music.

Custom-made flashcards, charts and other learning aids are used to help children absorb the theory in a hands-on, relatable manner.

Towards the end of the class, children experience 15 minutes of jam-time with miniature versions of instruments such as tabla, manjira, ghungroo and xylophone, among others.

This is when the classroom erupts into a delightful mélange of sounds, courtesy the tiny tots.

After a brief flash card session where various instruments are pointed to and named by the teachers, the class veers towards a soothing lullaby before dispersing.

Various scientific studies have underlined the importance of exposure to music in early childhood development and Smita Jain, a professional singer who facilitates Little Ustaads classes, says, “As a professional musician, I understand the importance of learning and understanding different sounds and music at an early age. It gives me a lot of satisfaction to see children getting introduced to classical Indian music in a fun manner. It is exciting to see a one-year-old child sing the Sargam. Music plays a very primary and important role in a child’s development, and it gives me great joy to share this knowledge with the young ones.”

You May Also Like: Why Every Single Kid in This Tiny Village in Punjab Knows Classical Music

However, exposure to classical music is not the only benefit a young child gets from attending Little Ustaads.

“Children are offered the opportunity to share and interact with their peers. A Little Ustaads session ignites all areas of a child’s growth, development and social skills,” Smita adds.

Children look forward to the weekly Little Ustaads session, not just to play the tabla or a dhol but also because the teachers make it such an exciting time for them. “When we choose our teachers, we look for people with an understanding of Indian classical music as well as someone who loves children and can engage with them,” says Rachana.

The class is something that serves as a must-needed stress buster for parents of babies and toddlers as well. “The biggest value in a Little Ustaads class is that it is a dedicated space for the parent, the child and the teacher to have fun together, with an opportunity to expose a young child to an ancient art form,” Smita says.

Little Ustaads also offers a module for older children (5-8 years), where children progress to learning classical music in more detail, but with the same dose of fun and engagement.

Little Ustaads classes are offered across various locations in South Mumbai and the western suburbs. To know more, log on to www.littleustaads.com.

(Written by Hamsini Ravi and Edited by Shruti Singhal)