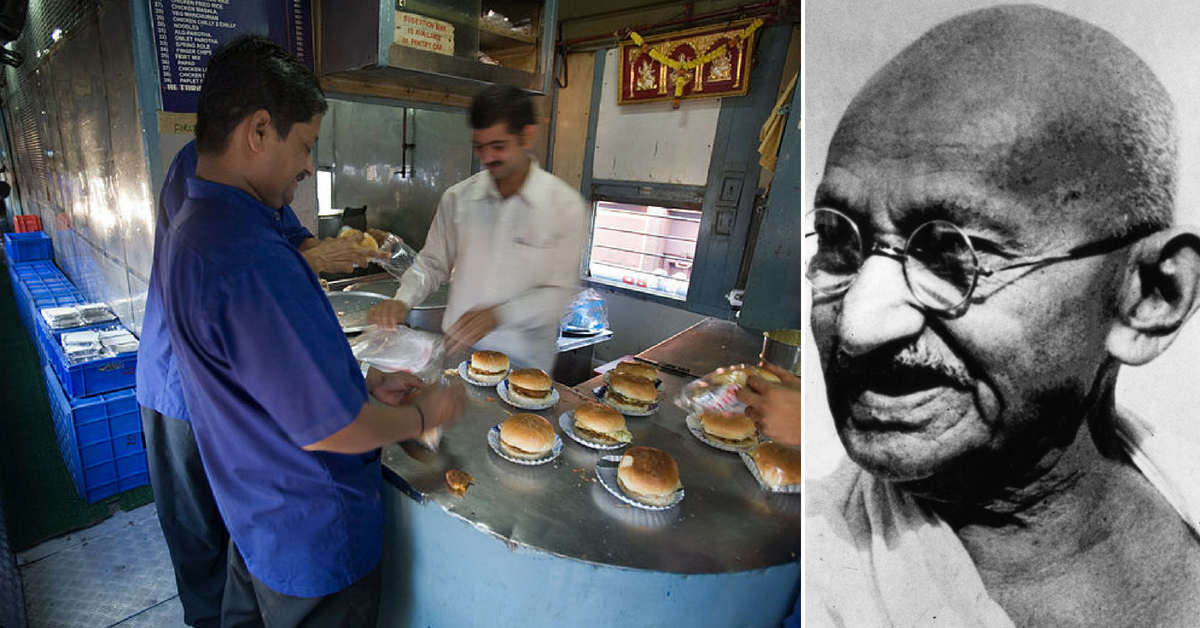 The Railways has announced that it will continue this policy for the next three years, on each birth anniversary of the Mahatma

October 2nd, 2018, the 150th birth anniversary of the Father of the Nation, is going to be a memorable one for those who travelling by rail on that day. For the occasion, Indian Railways has decided to pay tribute to the nation’s most famous advocate of vegetarianism, by serving only vegetarian food on 2 October across all trains.

Not only passengers, but also employees will be foregoing non-vegetarian food on that day. The change in the menu is just one aspect, while the celebrations will be multi-faceted. There will be new special trains, tickets bearing Gandhi’s image, etc.

Passengers can expect thematic paintings in stations, and digital museums which highlight the significant work done by him.

As of now, all railway stations at all divisional headquarters, and various administrative buildings and zonal headquarters have paintings of Gandhiji. The Culture Ministry will design a special logo to be fixed outside train coaches near the doorway, where seat numbers are displayed, for maximum public visibility.

You may also like:- 10 Indians Mahatma Gandhi Would Have Been Extremely Proud to Meet Today

Mahatma Gandhi has been a constant presence in our lives, through statues, currency notes and countless roads. And now this tribute will also be added to that list, since the Railways has said it will continue its vegetarian tribute to Bapu for the next three years as well.