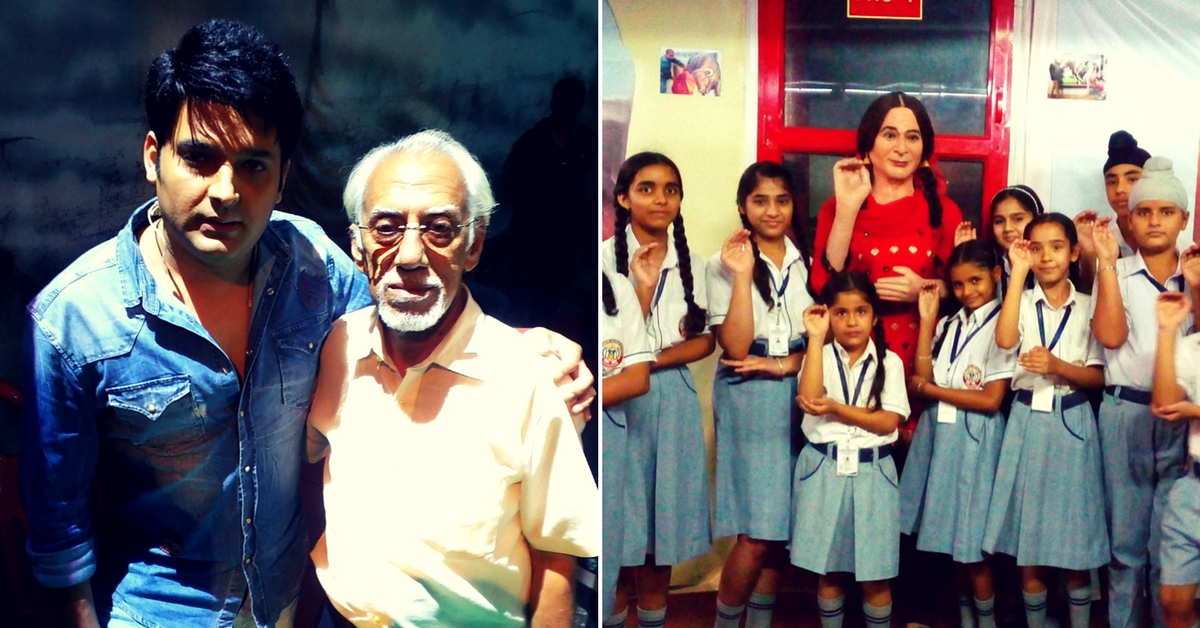 It is the same museum that became the butt of jokes in Twitterverse, after leading new agency ANI posted a thread of pictures showing a range of 52 statues of famous international personalities that the man carved and installed himself.

Are you one among the thousand netizens who laughed at the artist behind the private wax museum in Ludhiana that took Twitter by storm last weekend? Then this story is for you.

71-year-old Chandra Shekhar Prabhakar is the man behind the famous Prabhakar’s Wax Museum in Ludhiana.

It is the same museum that became the butt of jokes in Twitterverse, after leading news agency ANI posted a thread of pictures showing a range of 52 statues of famous international personalities that the man carved and installed himself.

Since many of these statues hardly looked like the real-life personalities they were meant to replicate, Twitterati had a good laugh at the man’s work – via a host of witty and biting comebacks.

You can have a look at some of these below:

never knew @michaeljackson played in Shiv Mohan Band….They didn't bring him along for my marriage… pic.twitter.com/CeRWq1FFLa

Did the wax dissolve due to Ludhiana heat to disfigure all the world renowned personalities ?

But among all of the trolling that ensued, one Twitter user seems to have reversed the trend. Having known Prabhakar personally, she shared a beautiful story that made most people who may have laughed at Prabhakar’s two-decade-long work do a double take.

Swati Goel Sharma, who had the pleasure of interacting with Chandra Shekhar Prabhakar in a thread of tweets shared:

“This ‘museum’ has become a butt of jokes and understandably so, given the quality of most of the wax statues. But since I have personally known the ‘artist’ during a short stay in Ludhiana, I would like to share something that might make you troll him a bit less.

Chandra Shekhar Prabhakar is a 71 year-old-man who took up this hobby way back in 2005 after heart surgery. His motive was to keep himself engaged as he could no longer manage his business and handed over the reins to his children. He is a spirited man and very inspiring

It’s his private museum. He pays everything from his pocket. Of late, he has started charging Rs 100 as an entry fee to meet his expenses. In this industrial city with hardly any recreational options, it gets a decent footfall. Above all, it satisfies him.

He knows people mock his work. But he is quite right in saying that his work can’t be compared to professionals since he makes statues only using the 2D photographs he has. Anyway, hats off to him, he’s doing it all alone with no rewards for 20 years now! That’s all I wanted to share.”

Swati’s story seems to have resonated with a host of Twitter users some of whom even apologised for having made fun of the man’s works. Her tweets were shared widely with over 730 retweets and 850 likes.

We express our gratitude to the lady for sharing the inspiring story of Prabhakar. We wish the man the very best for all his future projects at the wax museum. While most of us complain that the internet can be a very unforgiving space sometimes, stories like these seem to reinstate our faith in its power to spread the love too!

I don’t know about you, but the next time I am in Ludhiana, Chandra Shekhar Prabhakar can be sure, he is selling me a ticket!